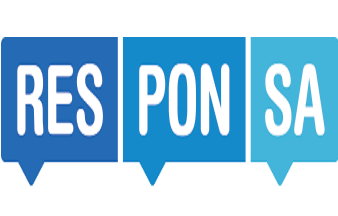 A Woman Who Left Judaism and Returned 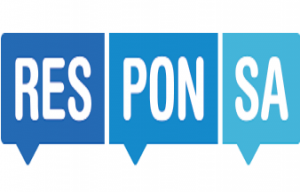 22 Kislev: Noda BiYehuda on Yibum for a Woman Who Left Judaism and Returned

We assume, mostly correctly, that the 19th century was when a largely traditional community, in which almost all Jews identified with the observant community, shifted to one where many or most were no longer observant. But the winds of change began brewing in the 18th century (Moses Mendelssohn, an early figure of the Jewish Enlightenment, died in 1786), and R. Yehezkel Landau, in Noda BiYehuda Tinyana Even HaEzer 150, shows us that by 22 Kislev 5546 (1785) a Jew who had left and then returned returned raised complicated issues.

This was a woman who left observance (he uses the Hebrew word hemirah, which implies that she took on another religion, but it’s not clarified in the responsum), then her husband passed away. She married a non-Jew, lived with him for twenty years, then decided to return to Judaism. She moved far away to do so, and there married another man.

At that point, married to a Jew, she remembered her deceased first husband had a brother, and that his having passed away without children meant she was obligated to marry that brother—yibum, generally not practiced anymore—or have a chalitzah ceremony [where the brother declares his unwillingness to do his deceased brother the kindness of yibum; since the Mishnah and Gemara decided chalitzah is preferable to yibum in our times, the ceremony is much more of a ritual now than an accurate depiction of the brother].

Unfortunately for her, it was too dangerous to travel to where the brother is, and if he came to her, he couldn’t go back. She wants to know if she can stay married without a chalitzah.

A Pause for Some Rabbinic Indignation About Qualifications

Before he addresses the issue at hand, R Landau speaks of how upset he is with the person asking the question. The questioner and his colleagues thought of their own approaches, and mentioned some ideas in their query. R. Landau is angry [he uses the Hebrew phrase charah li, it burned me up; note that he’s comfortable discussing this despite the general Jewish opposition to ka’as, anger. I believe he was differentiating between ka’as, an egotistical anger, and charon af, righteous indignation or wrath, the appropriate response to wrongs committed by others. I note it because today it is common to hear people deny there is any place for such wrath—Noda BiYehuda disagrees].

Complicated questions like these, he says, should be left to the Torah leaders of the generation. Young men like the questioner, no matter how sharp or bright, would be better off spending their time reviewing Talmud and Codes, which this young man has not mastered, making sure to learn that which hasn’t yet been seen.

His annoyance, he says, is why he has yet to respond to previous queries on this case. It’s only for fear of seeming too unyielding that he’s answering this time, and he has not, until now, looked at the letters to see what was written.

He saw that the young rabbi had his own thoughts about what to do, decided that he did not dserve an answer, and ignored the letters. I found this remarkable because of its’ relevance to continuing questions of who has the expertise to weigh in on what. I know of great Torah scholars today who feel the problem has only gotten worse, that those not nearly qualified express opinions on matters of great moment, to the detriment of Torah and the community.

The questioner had suggested the following logical progression to allow her to stay married to her current husband, without chalitzah: 1) The Torah does not obligate endangering ourselves to fulfill positive obligations, 2) to bring the two together for a chalitzah would endanger one, 3) When the Torah said the widow cannot marry anyone else, that’s only where there’s the obligation of yibum or chalitzah. Since there’s no obligation here (see 1 and 2), she must be allowed to marry someone else (in this case, stay married).

This is so ridiculous Noda BiYehuda refuses to address it [I believe that’s because when we say the prohibition against marrying someone else is only where there’s a mitzvah, we mean there’s a theoretical obligation; while it’s true that danger means right now she need not try to fulfill the mitzvah, that’s bowing to the force of circumstance. To see that as negating the prohibition against her marrying someone else misunderstands what we mean by the prohibition only existing when the mitzvah exists]. Noda BiYehuda says that reading this added greatly to his charon af, his righteous wrath, was further evidence that this man’s interest in demonstrating his ability to rule on halachic questions had pushed him beyond his level of competence.

He closes this rebuke by assuring the recipient he’s doing it for his own good, to help him find his way back to a better path. This, too, is a lost element in many Jewish conversations, the awareness that harsh words are sometimes the best or only way to show people where they need to change. Perhaps only a Noda BiYehuda could do it, but he clearly felt the right to do it.

Substantive Issues: Can We Assume She Had an Affair?

Another illuminating aspect of the responsum is Noda BiYehuda’s interest in finding a way to allow her to stay married. I could have easily imagined his having little or no concern with helping a woman who left religion, married a non-Jew, came back twenty years later, and then married when she shouldn’t have.

That’s not his approach at all. Throughout this discussion, his interest is in seeing whether we can find a way to leave her where she is. His first attempt is to wonder whether we can assume, halachically, that she had an affair during her first husband’s lifetime. If, for example, she had married the non-Jew before her husband’s death, she would be an adulteress, and that would be a major opening to leniency.

She didn’t marry him until after, though; there is some thought that we are allowed to assume that any woman who leaves observance will violate everything, including the prohibition of adultery. However, that’s only as a chumra, as a stringency, he points out [so, for example, if her first husband were alive and she wanted to return to him, we might have to worry that she’d had an affair, which makes her permanently prohibited to him]. Rema Even HaEzer 173;11 speaks of the certainty that she has had sexual relations, but that’s where she married a non-Jew.

It is true that in cases of such apostasy, halachah allows the husband to be mezakeh a get to her, to deliver it to someone on her behalf [a concept that some today have tried to apply in controversial ways; Noda BiYehuda is speaking of the well-accepted way, that we do this for a woman who has apostasized]. We assume she would prefer that, because it lessens the severity of her infraction should she have an affair (note, again, our seeking to help minimize her transgressions even as she has abandoned the Jewish community and religious observance).

That doesn’t help with this case, because we can’t be sure she met someone with whom she wanted to have an affair before the first husband passed away. Not to mention that Ravad and others held that even if she had an affair, that would not be enough to exempt her from yibum or chalitzah (a view Noda BiYehuda tends to assume is the more correct one).

Second Substantive Attempt: Relating This to Where the Yabam Was an Apostate

An old question in halachah addressed the reverse situation, where the brother of the deceased husband had left the religion (and was unwilling to perform either yibum or chalitzah). In some such cases, halachah allowed her to remarry without waiting for a chalitzah.

Noda BiYehuda points out, however, that Rema only allowed her to stay married, not to go out and get married. Too, in those cases the brother was an apostate before the now-widow married. That opened two avenues of leniency: 1) she never meant to expose herself to being reliant on this apostate for her freedom to marry, leaving us to infer an implicit condition in the marriage that she would not need yibum. 2) The Torah speaks of the husband’s brother, a term halachah often understands to include only those who share a commitment to observance. This apostate is no longer a brother in that sense.

Neither of those applies to our case. Nor is it clear that we accept the lenient view in the case of the brother apostate. No help there, then.

A Failed Attempt of His Own

Skipping a few digressions that similarly do not yield any avenues of leniency for our question, let’s see Noda BiYehuda’s own suggestion. The Gemara discusses a case of a man who has performed kiddushin, the ring ceremony, with the sister of his sister in law (remember that in Talmudic times, that part of marriage was separated from the completion of it by up to a year), and then his brother passes away without children.

His arusah, the woman he’s begun to marry, is now achot zekukato, the sister of a woman with whom he’s supposed to perform yibum or chalitzah. If he deals with the widow in either of those ways, though, his intended becomes permanently prohibited to him.

The Gemara says that we tell him to wait until one of his brothers does yibum or chalitzah, since he can then go on with his life as planned. If he didn’t wait, we say that the widow’s now being his sister-in-law (and therefore prohibited to him), means he can ignore their previous yibum connection and stay married to his new wife.

That might lead us to think the subject of our question, who had married another man, should also be permanently prohibited to the brother (since she’s a married woman, and can no longer do yibum) and therefore allow her to stay with her new husband. However, that runs afoul of the unresolved question of whether marriage with a non-brother takes effect with a woman who needs yibum, so it’s not clear she is in fact prohibited to this brother.

Leaving aside a few more digressions (the most interesting, to me, being Noda BiYehuda’s claim that the fact that an apostate can repent at any moment should mean that even when the brother’s an apostate, she can’t use that to ignore the need for chalitzah), that’s where the discussion rests. We cannot verify she was an adulteress in her husband’s lifetime, so his death obligated her to secure a chalitzah. Her ignoring that and marrying a non-Jew, and then a Jew, has no bearing on that, leaving her prohibited from marrying (or staying married) to anyone else until she receives the chalitzah. While the danger involved means she need not do this immediately, it doesn’t change the underlying obligation.

Sometimes, there’s no way to help people avoid the consequences of their previous poor choices.