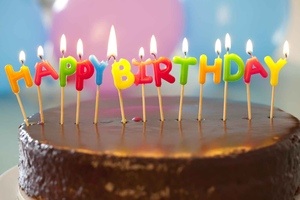 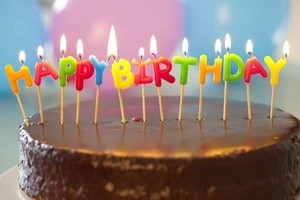 We are accustomed to speaking of birthdays, on a religious level, as being based on the Jewish lunisolar calendar. Certainly the date of a person’s bar or bas mitzvah, an halakhic event, is on the Jewish birthday. However, there is another view.

In 1158 (early 4919), R. Avraham Ibn Ezra, at the time in England, had a dream in which Shabbos ordered him to defend it. Ibn Ezra understood it to mean that he must refute those who claim that the day in the Creation story begins at dawn, with daytime coming first and then nighttime. In response, Ibn Ezra wrote a book with three sections that discuss respectively the Torah definition of year, month and day. This book was edited based on manuscripts, annotated, translated into readable English and annotated in English by Dr. Mordechai S. Goodman and published as The Sabbath Epistle of Rabbi Abraham Ibn Ezra `iggeret ha-Shabbat.

The book has a number of interesting passages, the following being just a few examples. In the chapter about the year, Ibn Ezra discusses at length the different approaches of Shmuel and Rav Adda. He (somewhat famously) suggests that the reason Rav Adda’s calculation of the year was kept private was to prevent unscrupulous astrologers from using that information (p. 15).

In his Preface, Ibn Ezra writes that the description of the days of Creation was not for historical purposes but: “[T]he only reason for writing the portion of Creation relating God’s actions each day is so that adherents of the Torah will know how to observe the Sabbath” (p. 3). That is why he felt it is so problematic to explain the passage as meaning that the day begins with the morning and not the evening. It seems to me that this has meaning for R. David Zvi Hoffmann and others who understand the “day” of Creation as referring to something else, like an era. Why did the Torah describe them as days if they weren’t literally days? Because it is meant to instruct us about Shabbos observance.

Now back to birthdays. At the end of the first chapter, Ibn Ezra writes: “[T]he beginning of each individual’s year is from the moment he was born, and when the sun returns to the same point at which it was earlier, the person completes one full year” (p. 21).

It appears that Ibn Ezra is of the opinion that a person’s birthdate and age are determined by the solar calendar. This is in agreement with Rabbi Saadia Gaon’s statement: “A person’s life is numbered according to solar years, as is the life of any growing thing, for example, trees and the like” (Rabbi Saadia Gaon, Commentary on Genesis, p. 342).