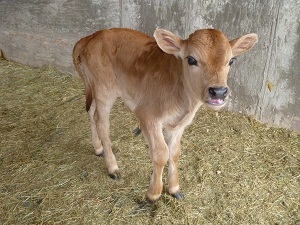 This responsum is actually a bit of a bait and switch, since it’s titled as being about when we can believe a non-Jew, but the bulk of the lengthy discussion revolves around other issues. That’s because the decision about whether to believe that which non-Jews tell us when they are מסיח לפי תומם, casually revealing information they do not realize matters to us, depends on other issues, which are what occupy R. Ovadya Yosef.

The particular case here, raised by a rabbi in Mexico City and printed as Yabia Omer 7, Yoreh Deah 1, was whether the Jewish community could continue its practice of buying animals for slaughter when there were only two ways to know it was more than eight days old. First, the non-Jew selling it mentioned its age; second, there were accepted signs of the age of animals (such as by checking how many teeth it had, testing how hard the horns were).

The more we trust those physical signs, the less w’ll have to rely on the non-Jew, and vice-verse.

Do We Have To Worry About Such an Animal?

R. Ovadyah starts by noting Rashba’s ruling (Responsa 1;243) that we cannot trust a non-Jew on testimony affecting us halachically other than that a man had died (freeing the widow to remarry). Since our worry is that the non-Jew won’t be careful about the truth (since we cannot be sure how much he cares about our need for that truth), it’s even worse here because he has a financial stake in his claim– a two day old animal is worth less than an eight day old one. Shulchan Aruch Yoreh Deah 15;3 ruled that way, that we cannot accept his version of events.

This takes R. Ovadya on his first lengthy analysis, of whether there is a sfek sfeka, a double doubt. Taz, for example, had argued that this animal might have been full-term. Even if not, it might be eight days old already. In halachah, that kind of double doubt often means we can ignore it—the two reasons to think that we are ok combine to render the worry insignificant.

That leads to a long discussion of how such double doubts do or do not work. We can skip that here, with the only takeaway being that some authorities (such as R. Menachem HaMei’ili, a 14th century Ashkenazic author, Meiri, and Rash Duran) held that this was in fact a sfek sfeka, making it more permitted. R. Ovadya will, however, seek other avenues of leniency as well.

Where Does the Chazakah Lie?

Another underlying debate is whether this prohibition is Biblical or rabbinic. Even though Peri Megadim held it was the latter, which should have cleared the way to believing the non-Jew (since Chazal allowed us to be more lenient about some rabbinic issues), he still held that here we could not, since we have a chazakah that the mother was pregnant. Chazakah is the term for our general practice to assume that the world continues the way it has until now, barring evidence of change.

While obviously the mother has now given birth—we see the offspring in front of us—halachah favors leaving our picture of the world intact for as long as possible. Here, that would mean that we have a halachic presumption that this baby is as young as possible.

However, others, including Yeshu’ot Ya’akov (one of the reasons I can never do justice to his responsa is that he quotes voluminously—just listing all the sources he cited in this responsum would have taken me all my allotted space and more), who hold that our interest in the offspring’s status means that the mother’s chazaka need not affect us. Clearly, they’re interconnected in fact, but are they interconnected as far as the laws of chazakah are concerned?

If they are, we have a chazakah that this offspring was born late. If they’re not, we can deal with the offspring separately. (He points out that Rashi sees this as also being central to a famous case in the Gemara, where someone accused King Yannai of being illegitimate, and Rashi thought part of the question was whether his mother’s right to remarry or lack of it affected his status).

Signs of Age in Young Animals

Another way to attack the problem is by relying on the development patterns of young animals. In the 1300s, R. Meir HaMeili had already noted the assumption that animals developed a tooth a day; Radvaz gave that as the reason Jerusalem Jews allowed slaughtering and eating such young animals without other proof. In his view, we can rely on any conventional wisdom that, if false, would soon be revealed.

(Not that R. Ovadya gets into it, but that’s an interesting in our times—many well-known medical assumptions are shown by studies that are not easily replicated; those which are eventually found to be in error often take decades, perhaps generations, to do so. Are these also of the kind that these authorities would have said were reliable in this way?).

Another suggestion for  a sign of age, from a very early set of glosses to Shulchan Aruch known as Erech Lechem, by R. Yaakov Castro, was that if the horns were so hard that one could not dig one’s fingernail into them. Erech Lechem himself held that we’d need both signs to verify the animal’s age. A generation or two later, Kenesset HaGedolah offered another sign, depending on whether a certain body part was red (too young) or had already turned white.

R. Ephraim Zalman Margaliyot, in Responsa Beit Ephraim, was one of those who rejected such signs. He argued that in different times and places, animals develop differently, so that we can’t rely on these until we specifically know that in our time and place, these are signs of age in an animal. (This is a topic deserving lengthy discussion, the question of what scientific facts are prone to change based on time, location, and other factors; while halachah is open to that, many scientifically oriented people assume that such issues are true timelessly and universally).

R. Ovadya’s own view is that we have a different double doubt, based on these signs. Since most animals are born ready to live (the reason to wait eight days), even if some animals show these signs before eight days, it would still be true that only a minority of a minority both show those signs and are not fully developed (which is what would make it not acceptable for slaughter).

However, if the prohibition is Biblical (as Rambam seems to assume), these signs should not be sufficient to allow us to use the animal for food. R. Ovadya notes authorities who simply aligned themselves with Tosafot and Rosh in taking it to be rabbinic (an important point: when rishonim disagree, some later authorities try to account for all opinions, while others will feel comfortable adopting one of the two positions), and that the Vilna Gaon in his notes on Shulchan Aruch, argued that Rambam agreed that it was rabbinic.

In addition, Radvaz had held that even if it was a Biblical prohibition, as long as the signs of being eight days old are well enough proven (even if it is non-Jews who attest to that, since lies in this area will be easily detected), we can rely on them.

Sum total, R. Ovadya thinks that the combination of reasons: 1) most authorities think the prohibition is rabbinic, 2) some think that we don’t have to be concerned about the age of the animal because of the double doubt as to whether it was premature or had lived for eight days, and 3) the signs of maturity, end up telling us that only in an ignorable minority of cases would slaughtering the animal be prohibited.

For those who care about the procurement of meat, this is clearly a topic of interest. For those who don’t care as much about that, I think the process reminds us of types of issues that matter over and over in halachic discourse: is a particular prohibition Biblical or rabbinic (which affects the horizons of leniency/stringency), how sure are we of the circumstances—do we have any doubt, a double doubt, a triple doubt? How much stock do we place in common knowledge of how the world works, and what sources of that knowledge do we recognize as sufficiently authoritative to guide our halachic decisions?

All that is in this lengthy responsum, which I cut down to its barest bones, so we could learn from R. Ovadya Yosef on both the immediate and broader topics.