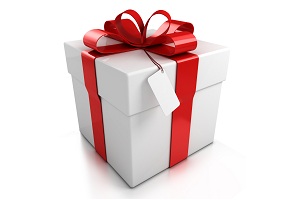 One of the pleasures of a series like this is that it allows us to get to know, a bit, rabbinic figures we might not otherwise. The name of R. Chaim Berlin is one I’ve known since childhood, since my father, a”h, studied in the yeshiva named after him. Over the years, I did know that he was the son of the Netziv, but not much more.

Bar-Ilan’s CD-Rom Responsa biography tells us that he was born in 1832/5592, was rabbi of Moscow, helped run the yeshiva in Volozhin, was rabbi in Kobrin, Poland, and what is today known as Kirovohrad in Ukraine, but was then known as Yelissavetgrad (a form of Elizabetgrad, by which it was also known). From there, R. Berlin wrote the responsum we’ll study here.

Before we get to it, let’s finish the biography, which included his emigrating to Jerusalem in 1906/5666, where he lived for the last six years of his life. He did not publish his responsa in his lifetime; we have these because a relative, R. Ya’akov Kossovsky-Shachor gathered and published them in 2002, in a volume called Shu”t Nishmat Chayyim.

Responsum 169 is from the first day of Rosh Chodesh Kislev 5658 (1897), and is a second response about a case that’s not detailed here. From the discussion within this responsum (a quick search did not lead me to the first one), it seems that a man had made a gift to one of his children prior to his death. By doing so, he had given that son significantly more than his other children, a seeming way to avoid an even split of the estate. The other children, presumably, wanted to invalidate the gift.

R. Berlin’s correspondent agreed with them, based on Choshen Mishpat 99;6, which rules that if someone made a gift clearly directed at avoiding repayment of a loan (like offloading one’s assets to avoid having to pay taxes or medical bills), the lender can take repayment from the recipient of that gift. Rema comments that that will depend on the judgment of the court—if the gift seems to them to have been out of an honest desire to give a gift, they should let it stand.

Those sources make it seem like it’s a judgment call, and how to judge separated R. Berlin from his interlocutor. In their prior correspondence, R. Berlin had apparently pointed out that the deceased father never mentioned this—to count a gift as an attempt to elude or avoid repaying a debt or having one’s assets go to others after one’s passing, we’d need some such indication. This father’s silence on the matter supports seeing it as real and intentional.

The correspondent suggested that fathers sometimes don’t mention that which isn’t important even if that’s their unstated agenda. R. Berlin notes that Choshen Mishpat 61;9 specifically says we don’t invalidate deeds or gifts on the basis of assumptions, that we need proof.

The correspondent had advanced another source, Baba Batra 70b, which speaks of a person’s failure to mention a debt as an indication that he had not yet paid it. R. Berlin notes that that’s a rejected opinion; the opinion we take as authoritative in that discussion holds that the looming presence of the Angel of Death sometimes causes people to forget to convey information about their finances. We cannot always assume we know what’s going on based solely on what people say on their deathbed.

Pitchei Teshuva Choshen Mishpat 99;7 cited a responsum of Chavot Yair, who invalidated a gift a man had made to his daughter. In that case, a widower had married a second wife; before marrying her, he wrote out a document to his daughter, certifying a loan that would come due an hour before his death (making it collectible before the second wife’s ketubbah became payable), which would allow the daughter to take possession of the family house.

Chavot Yair ruled that that was clearly an attempt to avoid the second wife getting the house in her ketubbah payment. Had the loan possibly come due during the father’s lifetime (even though we could claim that the father was confident his daughter wouldn’t collect and displace him), we could see it as a real debt. Now that it was constructed such that its’ only purpose was to cheat the widow, he saw that as blatantly circumventing a debt, and invalidated it.

R. Berlin notes that even there, the Tumim wrote that we should be careful about invalidating a document without significant proof. All the more so in this case, when the only reason to suspect something untoward is that one son ended up with more. Even if this son pressured the father overly insistently, R. Berlin says, Esav did the same to Yitzchak, and secured the blessing that whenever the Jews don’t behave, that Esav will rule over them, a blessing that has caused the Jewish people no small amount of trouble over the years. That he was wrong to do it had no impact on the efficacy of the ensuing blessing.

R. Berlin notes that his correspondent had claimed that the Tumim didn’t specifically reject Chavot Yair’s view, to which he responds that he either hadn’t seen or had made himself as if he hadn’t seen (a none-too-subtle rebuke or insult) that the Tumim in fact explicitly rejected that view, and R. Berlin aligns himself on this issue firmly with the Tumim, asserting that he was a more than sufficient authority to follow (a reminder that we sometimes make a choice about which authorities we follow, without trying to account for or follow all positions on an issue).

R. Berlin does remind the writer that he has to be careful that the deed of gift to this son is authentic; as Shulchan Aruch wrote in similar cases, it is a judge’s responsibility to be alert to the possibility of fraud and to investigate thoroughly to avoid it. If, after such checking, the document seems validly executed, with the fther’s signature, then it’s valid and the gift stands.

That also makes the beneficiary of the gift into the מוחזק, the one halachically in possession of those items, which impacts other halachot. For example, we don’t usually allow a מגו להוציא. A מגו is a claim we accept because the person making the claim had a much better lie he could have told; while מגו strengthens a claim, we don’t usually accept it in cases where it will lead to extracting money. In the case of this gift, once we define the recipient as in halachic possession, should he offer a מגו argument to back his claims, that would no longer be a מגו להוציא.

R. Berlin then writes that he had re-read the letter, which mentioned that there was some worry that the son who had received the gift had taken a signed blank promissory note (the Hebrew has the word וועקסיל, which in context seems to mean a promissory note), and wrote above it whatever he wanted (later in the responsum, it becomes clear that the government set the upper limit if not the actual value of these notes, so it seems the son might have written only his own name as beneficiary and perhaps the date).

This isn’t an halachic question, it’s part of being sure that there’s no fraud in the case, as R. Berlin had already written and emphasizes. That would be true if there were any worry that there had been some theft as well. But if investigation shows that the original story is the true one, that this son had pressured the father, crying and pleading with him, until the point that the father signed the note and gave it to him, even blank, that is legally valid [in our times, we might wonder about the father’s mental competence, but that, too, is a factual question—is there evidence that the father was no longer competent when he gave the son this note?]

The last halachic point R. Berlin raises is the question of signing something ahead of time. When it comes to שטרות, documents of sale or of loans, there is a discussion in the acharonim as to whether one is allowed to sign and only afterwards write the details of the transaction. R. Berlin assumes the problem isn’t relevant here—since the value of the note is set by the government, all that has to be written is the identity of the recipient. In that situation, he is confident that signing first and filling in the details later is fine.

Sum total, for all that it’s possible that this son put undue pressure on his father, for all that we know of situations where we nullify gifts solely intended to circumvent others’ rights, the only questions relevant to this son’s having received more of the inheritance than his brothers was whether there was fraud or forgery. An important question, but not a primarily halachic one.