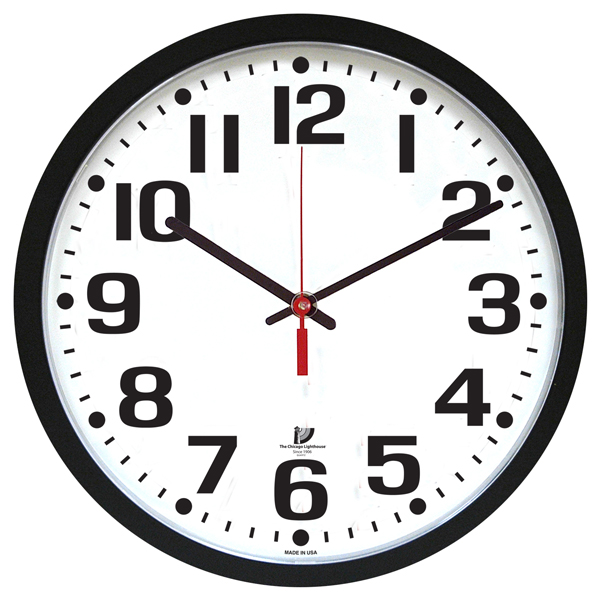 One of the legitimate critiques leveled at today’s intellectual culture is that too many of us listen only to those with whom we agree, living in a bubble of self-agreement. That doesn’t mean we must accept the claims of those with whom we disagree, it means we should engage with them, know what they’re saying, what evidence supports their side, and why we disagree while accounting for all the information they bring to bear. Doing so helps us understand them better, ourselves better, and the topic at hand better. Let alone that it lessens the hostility across the divide of disagreement.

I mention that because the responsum that caught my eye for the 9th of Cheshvan is from 5743 (1982), written by R. Yekutiel Yehudah Halberstam, the first Klausenberg-Sanzer rebbe, who lost a wife and eleven children in the Holocaust, along with most of his chassidim, and rebuilt after the war, including Kiryat Sanz and Laniado hospital in Israel.

In Divrei Yatziv Orach Chayyim 5-6 (the first of those was written on 11 Cheshvan 5730 (1969)), he discussed his great-grandfather’s (the first Sanzer rebbe, known as Divrei Chaim, the name of his responsa) view of whether women may or should fulfill מצוות עשה שהזמן גרמא, mitzvah obligations with a time component to them.

The starting point was a discussion of seemingly contradictory indications in Rambam. On the one hand, Rambam ruled that women do not have to bring a Pesach sacrifice or a chagigah, a sacrifice to celebrate the holiday, and that we do not allow them to do semicha, the symbolic investing of a sacrifice with the owner’s persona. His prohibiting them from doing semicha implies that he held that women should not perform mitzvot with a time component to them.

Laws of Tzitzit 3;9, however, allows women to wear tzitzit and explicitly generalizes that to any time-related mitzvah, although without reciting a bracha.

The Added Complication of a Sacrifice

R. Halberstam suggests Rambam prohibited a bracha because it makes it seem like these women are acting to fulfill an obligation, which creates a problem of bal tosif, of adding commandments to the Torah. Semicha on a sacrifice could present a similar problem, since we are not allowed to make use of sanctified animals, including by resting our weight on them, unless it’s obligatory. A woman doing so, he suggest, would indicate her belief that it was obligatory, and thus would become a problem of bal tosif.

That’s his explanation for his great-grandfather, Divrei Chaim, saying that Rambam held women should not do such mitzvot—he meant in a way that indicates they’re obligated, such as by making a bracha.

When the Blessing Is Closely Linked to the Mitzvah

Reports had it that Divrei Chaim had also urged women not to perform certain of these mitzvot, such as lulav (which R. Halberstam refers to as Etrog) or sukkah. R. Halberstam links that to the fact that some authorities held (Penei Yehoshua, and Peri Megadim discusses it in his introduction to Laws of Blessings) that the Torah obligated a blessing on a mitzvah.

If so, a woman who chooses to perform one of these mitzvot, on which she will not be able to make a blssing, puts herself in the position of neglecting a possible Torah obligation (reciting a blessing on a mitzvah). With shofar, in contrast, the one blowing makes the blessing. R. Halberstam adds that even those who held these berachot were Rabbinic might still feel uncomfortable with having a woman choose to put herself in a situation where she has to refrain from fulfilling the Rabbinic obligation [this isn’t logically compelling– one could respond that if women cannot make the bracha, there’s no Biblical or Rabbinic obligation. But I’m not here to argue, only to present].

Another complication he raises is ignorance. Lulav and sukkah are reasonably complicated mitzvot (even today, he says, with books and rabbis having articulated fairly straightforward guidelines for how to construct a sukkah, many sukkot have serious issues); for women to decide to observe them, especially the unlearned, raises the worry they’ll do it wrong and invalidly.  That’s true for ignorant men as well, R. Halberstam doesn’t bother to mention, because men have no way around it.

There are counterbalancing values, but it is a concern worth noting and considering [similar to the preference that women not wear tefillin because of the difficulties of treating them with the requisite sanctity; it’s not that men are better at it—in fact, that’s why men minimize how long they wear tefillin each day—it’s that men have no choice].

Women and Their Husbands

The question of why women were exempted plays into whether it’s a good idea to take them on. R. Halberstam takes an approach that has a long history in Jewish thought, but is likely out of step with many people’s conceptions today. Let me record it—so hold on to your temper as you read—and then discuss how it should or should not affect us.

Abudraham (a 14th century Spanish rabbi whose much read and cited work discussed the legal and conceptual underpinnings of prayer) held that Hashem freed women of those mitzvot to be sure they not be otherwise involved when their husbands needed them. R. Halberstam sees that as the Torah’s way of contributing to peaceful marital relationships, and as the best construct of a marriage, where a wife is attuned to and concerned with her husband’s needs.

He supports this by citing Kiddushin 31a, that a man given contradictory commands by his parents should listen to his father, since both he and his mother are obligated in the father’s honor. This sounds like a wife’s obligation to honor her husband is a Biblical one, and that other comments (also recorded by Rambam), that a husband should greatly honor his wife, are Rabbinic.

R. Halberstam extends that to saying that if a woman wants to take on some new stringency, she should not do it regularly, because it might create distance from her husband.

Counting the Omer As a Possible Counterexample

Yet Magen Avraham famously noted that enough women of his time counted the Omer that, despite being exempt, it was now a quasi-obligation. Minchat Chinuch disagreed, however, and R. Halberstam prefers that view, for the reasons he’s already stated.

R. Halberstam writes that seeing the adoption of a practice as almost like a vow, as Magen Avraham does, os another reason to discourage taking on such practices. Failing to fulfill a vow is so serious that halachah encourages all Jews, women or men, to refrain; it needlessly manufactures an opportunity to stumble.

The crux of this Sanzer view (and I in no way wish to imply that Divrei Chaim’s reding of Rambam is the majority or even common one) is what the two rebbes saw a plausible impact on marriages in women’s taking on new observances. One question is how convincing we find that—do we imagine a woman’s counting the Omer, which takes possibly a minute, will in any way impact her availability and therefore relationship with her husband?

On the other hand, R. Halberstam does raise an issue Western society dismisses quickly. Counting the Omer is one thing, but other observances take more time. We can imagine situations where a woman’s dedication to such mitzvot will impact her presence and availability for the relationship (certainly I know women who complain about men’s always being absent because of their need to partake of such obligations).

We might respond, tough luck, men have to put up with it. As we do so, however, we should ask ourselves whether men will, in general, put up with it, or will they resent it? We live in a time when marriages fail at unprecedented rates. I would never suggest, imply, or think the burden of fixing that falls on women; I would only wonder whether we as a society—Western society and that part of the Torah world that incorporates these Western ideas of marriage within its worldview– have paid enough attention to what makes lasting and sustainably healthy marriages, and made sure, as a society, to foster such relationships.

R. Halberstam’s model certainly strikes us as extreme, but it raises and addresses an issue other models of marriage treat casually, in the face of evidence that it’s not working as is.

Thirteen years later, R. Halberstam addressed the question again. This time he notes that Sha’agat Aryeh 104 suggested that Rambam worried about women’s observing these mitzvot only where there was some issue of prohibiton—such as tefillin, where it’s easy to treat them too casually, or being in the courtyard of the Temple, where going too far is a serious violation—and fully permitted voluntary observance where there was no such worry.

In those cases, observance implied an assumption of obligation, because only those obligated would run the risk of observance. Rid, an Italian rishon, about as much as said that in his Sefer haMachria, where he took the words אשר קדשנו במצוותיו וצונו, Who has sanctified us with His mitzvot and commanded us, to imply a sense of obligation that puts them in violation of bal tosif.

The Complications of Taking On New Practices

In sum, R. Halberstam understands his great-grandfather to have had two central concerns with women taking on that which Hashem had not required. There’s bal tosif, which may only apply where there’s reason to assume that the women are doing this as a full-fledged obligation.  Second, R. Halberstam thinks we are required to consider the effect of the woman’s religious involvements on her relationship with her husband.

Without judging his conclusions, he reminds us that both these issues are important, for men and for women, and that as we construct our religious lives, our first instincts might not always take us in a desirable direction, either in our sense of what Hashem does and does not demand of us, and in how our choices about how to observe our religion impact other aspects of our lives, such as our relationships with those who are supposed to be nearest and dearest to us.