Response to Critique of IBD Psak 105 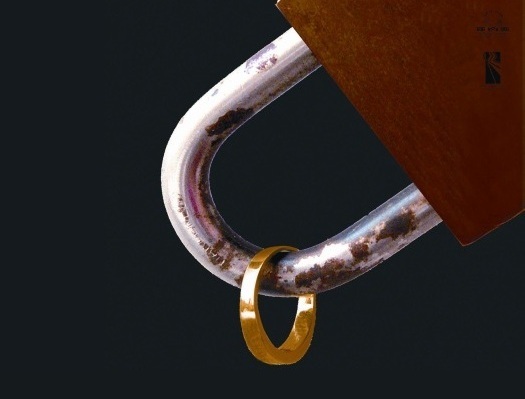 Below is a response by R. Simcha Krauss to a critique published here by R. Yaakov Sasson, and implicitly to a separate critique I published in a newspaper. Because he and his International Beit Din were the subject of a critique, we have offered him broad leeway to respond. Following his response is my Last Word, which will close the conversation. -Gil

We are engaged, so the Five Towns Jewish Times informs us, in the new Agunah War. Though this headline gives the impression that we are facing a major crisis of enormous proportions, in reality it’s nothing of the sort.

Since the International Beit Din (IBD) began operating just about a year ago, it has been subjected to unrelenting attack. Some objections have been civil, but most have been harsh, even violent, employing half-truths, innuendos, and outright lies. We have tried to ignore the personal insults, and when forced to respond we have avoided joining our attackers in the gutter.

But another kind of attack is very difficult to counter. It consists of a seemingly Halakhic argument. It has all the “scholarly” paraphernalia of quotes, footnotes, and corrections apparently showing that our psak was studied, really thought about, and found wanting.

In truth, scholarly objectivity is the furthest thing from the minds of these critics.

The latest example appears on the blog called Torah Musings, where R’ Yaakov Sasson takes one of our psakim and tries to show how wrong we are. The editor of the blog, R’ Gil Student, writes an introduction where he excuses himself for repeatedly attacking the IBD psakim and says that despite the apparent overkill, the blog’s advisory board asked him to continue the attack. Further, in introducing R’ Sasson’s article, R’ Student writes as follows:

“A student of Rav Hildesheimer, Rabbi Moshe Jacobson (I don’t think this was the Reform leader with the same name), wished to annul a marriage in which the husband had converted to Christianity before the wedding without informing the bride. The man underwent a Jewish wedding, fooling the bride to believe that he considered himself a Jew. The student wrote a responsum on the subject and sent it to Rav Hildesheimer, after speaking with him about it. There seems to be good reason to annul this marriage, as R. Jacobson explains in his responsum. Rav Hildesheimer responded emphatically, “Chalilah! to permit without a get” in that case. He repeated the “Chalilah!” again, using the exclamation point both times.”

In other words, we are told that to free an Agunah without a get is in the category of “Challilah.”

This is the editor’s excuse for harping on Psak 105 and beating it like a dead horse. Psak 105, in fact, was a relatively “easy” psak. The IBD has much more difficult cases in its files. But this psak caught the editor’s fancy because it is in the category of “Challilah”: it dares to free an Agunah without a get, and that is why it has to be proven wrong. That proof would show that the IBD is incompetent, and that it therefore has to be destroyed. And if, as a result of such criticism, the Agunah is forced to go back to her prison of misery, suffering, and a destroyed life, so be it. After all, the blogger does it all L’shem Shamayim.

So let’s analyze the premises of the blog.

The position the writer attributes to Rav Hildesheimer is indeed a valid Halakhic position. There are numerous poskim who held that you cannot free a married woman without a get. In the 20th century the posek who most strongly articulated that position was HaGaon Rav Eliyahu Henkin, zt”l. He preached, wrote, taught in print and orally that nothing can break up a marriage except a get. PERIOD.

If his position were to be accepted, all the Halakhic formulas of voiding a marriage by taut, bitul kiddushin, etc. would not work. But fortunately for Agunot, and unfortunately for the writer of the blog, the Halakhic system does not accept Rav Henkin’s position. Rav Moshe Feinstein, zt”l, forcefully rejected his basic premise, and furthermore found numerous ways to dissolve a marriage without a get, such as taut, bitul kiddushin, etc.

A contemporary example can serve as an illustration, the case of Russian Jewry.

There was a period of about 70 years where there was no religious marriage or divorce in the former USSR. It could be argued–and Rav Henkin, zt”l, did argue–that a couple who lived together as husband and wife are considered married from a Halakhic perspective. If so, then a separation would require a get. But there were no religious functionaries in the former USSR to write and execute gittin. According to Rav Henkin’s position, then, the Russian Jewish community was suffused with mamzerim, and if so, the mass emigration of Russian Jews to Israel has transferred the problem there. Fortunately, Rav Moshe Feinstein, zt”l, followed by the Israeli Chief Rabbinate, decided otherwise. The consensus of poskim at the time was that there are ways to dissolve a marriage without a get. That decision has implications for Agunot as well.

In other words, there are good, fine, accepted Halakhic methods to alleviate the hardship of Igun.

If the problem is not Halakhic, what is holding up the solution? A cultural divide. We have in place a culture of chumra, or, as the blogger names it, the culture of challilah. That culture permeates our religious life.

Let me offer a simple—and sad—example. You go to Israel and buy a bottle of plain water. You will note that there are no less than three hashgachot – from the Chief Rabbinate, the Badatz, and a local kashrut organization. Why one needs three supervisors for plain water is beyond me.

This attitude suffuses much of Orthodox life. It stems from a sick fear, an obsessive “trembling” that many confuse with yirat shamayim. When this false yirat shamayim spills over into the Agunah issue, it’s a recipe for tragedy.

Those who espouse this culture of chumra think that they do G-d’s bidding, and hence the suffering, tragedy, and unfathomable misery that ensues is taken in stride. That is the tragic outcome when “challilah” is elevated and becomes an obsessive philosophical stance.

But challilah ought not rule our lives. The IBD has good reason to reject it. There is no valid Halakhic reason for a knee-jerk challilah reaction.

In fact, a famous psak which Rav Daichovski, Rav Bakshi-Doron, and Rav Lau signed in 1994 stated openly that in case of Igun, specifically when the Agunah is young and has a life that needs to be rehabilitated, we can even rely on a Da’at Yachid—a minority view of even one single authority—to release the Agunah. The IBD is proud to identify with that position.

As for R’ Sasson’s accusation of incompetence, there is only one thing to say – let us wait for other Batei Din to follow the IBD in its policy of transparency. When they publish their decisions and make them available, the public will be able to compare and decide the relative competence or incompetence of our Batei Din.

In R. Simcha Krauss’ response to R. Yaakov Sasson’s critique of IBD Psak 105, he chooses to devote almost the entire essay to a critique of my introduction. I am bewildered by his response. A withering critique was published of his court’s decision and he has almost nothing to say about the very substantive points raised. Instead, he complains about stringencies and bloggers. Indeed, damaging stringencies and irresponsible bloggers deserve criticism. Yet I am bewildered by an accomplished rabbi who claims to avoid attacking in the “gutter,” but then states that “scholarly objectivity is the furthest thing from” R. Sasson’s mind. I can forgive a baseless insult directed at me, the blogger (although I deny that I am a blogger), but not at R. Sasson, whose critique is harsh but fair and certainly not ad hominem. I ask readers to take a second look at R. Sasson’s critique and decide for themselves whether it is objective.

Unfortunately, while R. Krauss devotes most of his response to my introduction, he misses an important qualifier in it. I clearly wrote that Rav Azriel Hildesheimer objected in the strongest terms to annulling a marriage without a get in that case. I did not mean to imply that annulment is never appropriate.

My main interest in that responsum is two-fold: 1) to the layman, it seems like a clear-cut case of deception that demands annulment yet the expert (Rav Hildesheimer) objected, and 2) an important, thoroughly modern halakhic authority decried the possibility of annulment in that case with the unusual call of “chalilah.” Rav Hildesheimer was the founder of the Orthodox rabbinical seminary in Berlin, known for his promotion of his version of Torah U-Madda. When he saw a ruling on this important matter that he thought was mistaken, he cried out and he explained in detail why he objected to the ruling.

R. Krauss claims that he is following the precedent set by Rav Moshe Feinstein. When Rav Feinstein’s rulings were criticized (yes, many rabbis publish their responsa, not just the IBD), he wrote learned responsa defending his approach. He also responded with kindness to his critics. I hope we can learn from his example and return to a higher level of halakhic discourse.