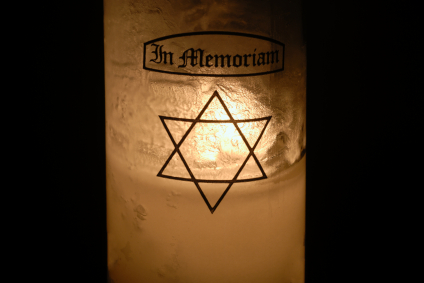 Mourning Those Who Have Left Jewish Society

2 Cheshvan: Mourning Those Who Have Left Jewish Society

On the second of Cheshvan (no year, but presumably after 1973, when he became Sephardic Chief Rabbi of Tel Aviv), R. Haim David Ha-Levy in Shu”t Aseh Lecha Rav 5;30 (whose biography, written by Rabbis Marc and Hayyim Angel, I have not yet read), dealt with a question from a man whose father had abandoned all observance.

This man had asked, three years earlier, how to act towards this father, and says he has followed all of R. Halevy’s advice. Now, with his father ill and in need of life-threatening surgery, the man wants to know how to act should the father pass away. He is concerned with whether he must/may rend his clothing, participate in a funeral, mourn, say kaddish, etc.

R. Halevy begins with what I think is meant as a compliment, noting how rare it is to receive such questions, since the children of those who don’t even keep Yom Kippur rarely return to faith and observance.

To the substance, he notes that Massechet Semachot 2;10 says we do not involve ourselves with those who leave the Jewish people, defining that as abandoning observance and failing to honor the holidays or join in communal prayer or Torah study.  For Rambam, Laws of Mourning 1;10, the phrase “we don’t involve ourselves with them” means we do not mourn them. (Rambam applies this also to nonbelievers of various sorts– apikorsim, mumarim, and minim, regardless of observance).

As Beit Yosef Yoreh De’ah 345 noted, Nimmukei Yosef towards the end of the third chapter of Mo’ed Katan thought that “leaving the community” meant dodging taxes, and that “not being involved” meant only not leaving work in order to take part in their burial. (Generally, every Jew has to join the funeral ad burial for another Jew; there are various reasons we don’t all do that today). Rema rules that way in practice, that others need not join the funeral of those who do not pay their taxes (and anything that is more of a deserting of the community than that).

R. Halevy says he cited this to show that even evading taxes is so serious as to qualify (for Nimmukei Yosef) as a פורש מדרכי צבור, one who has left the community. That would seem to imply that there is also no obligation to attend the funeral of one who is nonobservant.

However, Rambam defined “not being involved with them” as not mourning them, which sounds like burial is still obligatory. In Responsum 763, Rashba said explicitly that “we don’t involve ourselves with” doesn’t mean burial or shrouds, it means only that we don’t rend our clothing at the news of such a person’s passing, nor do we eulogize him or her, but we do stand in two rows to offer condolences to the mourners.

While some disagree, R. Halevy thinks enough sources say that even those who have abandoned observance can and should be buried, with proper tachrichin, burial clothing, that he does not need to refute the other view. How, R. Halevy asks, could we imagine leaving a Jew unburied, no matter how religiously deficient? Much as nonobservance pains us, the Torah established the obligation in the context of someone killed by the court for his/her crimes.

That means this questioner could participate in his father’s funeral, as long as he’s not a kohen (note that R. Halevy doesn’t know him well enough to know whether he’s a kohen, yet has this continuing relationship around advising him on how to deal with his nonobservant father!); there, Shulchan Aruch had in fact prohibited (Yoreh De’ah 373;8) a kohen from coming into contact with a deceased relative who had left observance.

On the other hand, R. Halevy is much less certain as to whether this man has to mourn the father (which includes tearing his clothing upon hearing the news of his passing). . Yoreh Deah 340 extended the obligation of tearing keriah even to those who sometimes yield to their appetites, or fail to observe a commandment because of the effort involved.

Rema made the underlying assumption explicit, that we do not mourn anyone who regularly sins. Shach assumed that included even those who do so purely out of weakness. A Jew who could not resist cheeseburgers in his or her lifetime, even if s/he was otherwise fully observant, would not be mourned, according to Shach.

Many disagreed, which is why we mourn even obvious sinners. For someone who completely left observance, .R. Halevy writes, there is no obligation to mourn.

But Is It Permitted?

Were the other relatives going to mourn, there might be some need to help this questioner participate, but they’re not observant, either. (Today, commonly, even nonobservant people perform some mourning rituals, so we’d have to revisit this aspect of the issue). At the same time, the man might not want to have to explain to his other relatives and friends why he’s not mourning, so R. Halevy does allow him to stay at home for seven days (again, not so simple: won’t he need to explain his absence? If he’s not mourning, such that they can’t visit him, why’s he disappearing?).

We don’t have to delve too deeply, because R. Halevy allows mourning the deceased, just as we would for an observant family that wanted to mourn one who had left observance. The familial embarrassment of the community knowing that their relative was so far gone as to not even deserve mourning moves them to want to have a shiva, and that’s allowed.

The responsum of Rashba mentioned earlier had called for standing in two rows to comfort mourners, indicating that the family would mourn. Ramban had called for tearing keriah over a suicide (and Chatam Sofer 326 extended that to other forms of mourning), adding that the only people we don’t mourn are those killed by a court for their crimes.

Sum total, while some say there’s no obligation, some see it as obligatory, and most allow it. So this man may take on all the traditional practices of mourning if he so chooses.

While the general assumption is that relatives say kaddish, Rema spoke of doing so only for one who had been killed by a court, implying that the atonement of that death was the reason kaddish could be said. Taz and Gra seemed to agree that where there’s no mourning without kaddish, but the majority held that kaddish is said for all.

(Maharsha suggested, in the name of Radach, that in those communities where only one mourner says kaddish—the original custom—a person saying kaddish for someone who left observance would have to yield to other mourners; in our times, R. Halevy writes, where all mourners say kaddish, there’s no reason for this man to refrain).

He then quotes a small piece of Chatam Sofer 326, about kaddish for a suicide. Regardless of what the deceased had done, why wouldn’t we want to help that person reach the World to Come? Tradition had it, after all, that David HaMelech said certain Psalms to help Avshalom (his rebellious son) rise from the depths of purgatory—why wouldn’t we do the same?

He cannot say kaddish at cost to other mourners, but if this mourner has a private minyan (or in our times, when multiple mourners say kaddish together), there’s no reason he can’t say kaddish. Chatam Sofer slipped in the idea that it would be for twelve months, R. Halevy notes. We usually stop after eleven, so as not to imply that the deceased was so wicked as to have to spend a full twelve months in purgatory. A suicide (and all the more so one who has left observance), has announced himself as needing the atonement of a full year.

And beyond. Sdei Chemed cited Ma’avar Yabok as saying that for a true evildoer, the relatives should pray and give charity beyond the year, since that soul clearly needs as much atonement as it can get. That includes leading the services and getting the haftarah (it is not a practice I know, but R. Halevy assumes a mourner is given the haftarah to read). That would be only where there weren’t competing mourners, but it would mean that if this man was in a place where no one else had the need to lead the services, he could take that on even after twelve months.

Before It’s Too Late

All that will be true once the father passes away. Until then, R. Halevy recommends the man foster as much closeness with his father as he can, trying to soften his attitude, maybe stimulate in him some sense regret. (My own note: too often, we shrug at our failures, decide we did the best we could, when regret is a key component of repentance).

Even Elisha b. Avuya, the most well-known abandoner of traditional knowledge and observance of Talmudic times was cultivated by R. Meir, especially in his final illness. R. Meir remonstrated with his former teacher that the verse speaks of Hashem waiting for repentance עד דכא, which R. Meir takes to mean even until the soul is depressed by its confrontation with death.

Elisha b. Avuya cried and passed on. R. Meir was comforted that his beloved teacher had repented, showing us that that option is available even until the moment of death.

He’s not looking to impose an obligation of mourning, which is a matter of great dispute, he’s looking to suggest ways this man can provide merits for his father’s soul, or even succeed at bringing him to a point of having made some peace with Hashem. While thoughts of repentance aren’t fully effective without some kind of action to back them up, and such a person will have to undergo punishments in the World to Come, thoughts do help the soul avoid the worst of those punishments. It is that that this man can hope to secure for this father.

He closes with best wishes, for a better end for the father than the rest of his life, and also even a full healing from this illness, such that he have time to act on his thoughts of repentance, to return to Hashem more fully, securing the peace a verse promises even for the distant.

Obviously, I chose the responsum because of the date on which it was written. It seems to me also, however, to remind us of the balance tradition told us to strike when dealing with those who have left observance. We do not scorn them or stop caring for their welfare while at the same time we do not see them as fundamentally the same as those of us who strive to fulfill Hashem’s wishes. There is a divide, one that can only be bridged by repentance, which we hope for and do our best to bring about, in whatever ways we can.