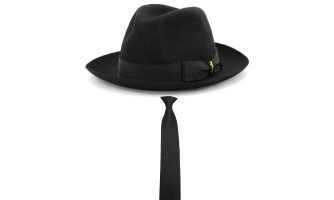 Is one required to wear a hat and jacket when praying, as is common in many orthodox circles?

The answer is no. However, one is required to dress in an appropriate and respectful manner that is consistent with the social norms of where one lives. [1]Shabbat 10a; Amos 4:12.

In previous generations, a hat and jacket was standard dress for both Jews and Gentiles. In some countries, it was considered inappropriate to appear in public without them. Therefore, the halachic authorities who lived in such places ruled that one must wear a hat and jacket when praying. It was reasoned that if one is particular to wear a hat and jacket when appearing in public or before important people, then one should certainly wear such clothes when appearing before God. [2]Chayei Adam 22:8; Mishna Berura 91:5; Aruch Hashulchan, OC 91:5.

There are also those who suggest that wearing a hat and jacket imparts a sense of modesty and humility that is appropriate for prayer. [3]Levush, OC 151:6; Elya Rabba 183:16; Mishna Berura 46:9, 183:11. Additionally, wearing a hat is also cited as an easy method of complying with the opinion that one’s head should be completely covered during prayer. [4]Rambam, Hilchot Tefilla 5:5; OC 92:6. Wearing a hat and jacket is also cited as a meritorious practice for when reciting Birkat Hamazon. [5]Berachot 51a; Kitzur Shulchan Aruch 44:6.It is interesting to note, however, that Rabba would actually remove his jacket before praying in order to arouse within himself a sense of modesty! [6]Shabbat 10a.

More recent halachic authorities, however, recognize that hats and jackets are no longer a component of standard dress, especially in warmer climates. Hats are rarely worn and most people – in Israel, at least — do not wear suit-type jackets on a regular basis, either. So too, such attire is often not required nor expected when meeting with important people. In fact, in some countries, appearing before figures of authority while wearing a hat is actually considered to be in poor taste. [7]Melamed L’hoil 56.

We see from the above that the definition of “standard,” “normative,” and “dignified” clothing changes from generation to generation and is different from place to place. [8]OC 91:5. Indeed, it is worth noting that the Shulchan Aruch does not mention any requirement to wear a hat when praying. This is probably because it wasn’t common for people to wear hats in the time and place that the mechaber lived!

As such, most contemporary halachic authorities across the orthodox spectrum rule, or at least silently acknowledge, that there is no longer an obligation to wear a hat or jacket when praying. Doing so today has become little more than a sign of one’s social and religious affiliations.  This is especially true with regard to the style and color of one’s hat and other clothing. One is simply required to dress for prayer in the same manner that one typically dresses on a daily basis. Let’s take a look at some of the more authoritative contemporary halachic texts.

One should dress [when praying] as one would to greet an officer. Therefore, it is improper to wear a housecoat, undergarments, or pajamas. One should place a hat on his head, just as one does when walking in the street. [9]Chayei Adam 22:8.

In our times, one must place a hat on his head during prayers, just as one does when walking in the street…Everything depends on the custom of the place. [10]Mishna Berura 91:12.

In our place, [one should pray] while wearing a hat, just like one wears in the street…One should also not wear a housecoat for prayer as one does not wear it in the street…Regarding clothing [for prayer], the general rule is that one must pray in the same type of clothes that one would wear in the street. [11]Aruch Hashulchan, OC 91:6.

As we clearly see, the manner that one must dress for prayer is the same as one would dress in public. It can even be suggested that the requirement to dress for prayer in the same manner as one would dress when appearing before dignitaries or other important people is essentially disregarded in all sectors nowadays. For example, the vast majority of people who are particular to wear a hat and jacket for prayer would not even consider appearing before the President of the United States, the Prime Minister of Israel, or other high level ministers without a necktie. Indeed, most people would agree that a necktie is a vital component of formal or dignified dress; yet, there is no demand from contemporary halachic authorities to wear one when praying. Furthermore, there are many who are particular to wear a hat when praying but would not wear one to such a meeting, either.

Even among those who are particular to wear a hat and jacket when praying, there are often no standards or requirements as to the style of all the other clothes they are wearing. For example, one will find individuals who wear a hat and jacket when praying while wearing a T-shirt, jeans, and all other kinds of casual clothing, as well. No one would appear before dignitaries in such clothes. This is not to suggest that this manner of dress is endorsed by rabbinical authorities, but there is no widespread condemnation of it, either. [12]It is worth mentioning that the nearly universal practice of allowing one’s jacket sleeve to hang loose while wearing tefillin, or simply wearing one’s jacket over one’s shoulders when praying … Continue reading So too, there are little or no standards as to the cleanliness of the clothes that one wears during prayer, nor is any attention given as to whether one’s jacket matches one’s pants. Hence, we see clearly that little weight or attention is given to ensuring that the manner in which one dresses for prayer is truly the same as one dresses in order to appear before important people.

There is also little or no mention in halachic literature on what women should wear when praying. This seems to strengthen the argument that no specific dress is truly required for prayer, but rather, that one must simply be dressed as it is customary to appear in public in one’s location. Howie Bryks suggests that since women did not generally appear before a king or high government official, no specific dress code for prayer was defined. Nevertheless, even if this were true, it ultimately confirms that, according to the basic halacha, any decent manner of dress is acceptable for prayer.

We see from the above sources that the only requirement regarding dress for prayer is to dress in the manner that one would appear in public.  As such, one who is particular to only appear in public while wearing a hat, jacket, or tie, would be required to do so for prayer, as well. [13]Shaarei Halacha 18. See also Sheilat Shlomo 2:233, 4:25. Ultimately, it seems that the requirement on how one must dress for prayer is completely subjective, or at least subject to customary norms and public opinion.

Notwithstanding the above, there are a number of kabbalistic reasons for wearing a hat in addition to a kippa, a practice referred to as “the double covering.” Among them is the idea that there are two types of fear that a person should have – yira ila’ah and yira tata’ah (“upper fear” and “lower fear”) — each of which requires its own representative head covering. [14]Minhag Yisrael Torah, OC 2:6, See also Tzitz Eliezer 13:13. Nevertheless, this teaching is not cited in any halachic work. Additionally, some suggest that the concept of a double head covering emerged in times and places where it was customary to remove one’s hat when greeting important people. By having two head coverings, a hat with a kippa underneath, one’s head would still be covered after removing one’s hat.

It should be noted that it is praiseworthy to have a garment reserved exclusively for prayer and a hat can often conveniently fill this role. [15]OC 98:4. More important than the manner in which one dresses for prayer are one’s attitude, reverence, and concentration during prayer. [16]Shevet Halevi 10:18. There are also those who wear a hat on Shabbat in order to comply with the teaching that one should have clothes reserved exclusively for Shabbat. [17]See Shabbat 119a; OC 262; Kitzur Shulchan Aruch 72:16; Avnei Yashfei 5:46:2. One should remember that one’s appearance and manner of dress reveals a person’s true character. [18]Maharsha, Shabbat 77b.

As mentioned, since it is no longer customary to wear hats when walking in the street or appearing before dignitaries, there is no longer an obligation to wear one for prayer. So too, while it may be commendable to at least wear a jacket for prayer, it is difficult to argue that doing so – in Israel, at least — is a halachic requirement. This is because it is completely acceptable to walk in the street without one, and it is even acceptable to appear before high- ranking dignitaries without one. [19]Tzitz Eliezer 13:13, 14:49.

As such, wearing hats and jackets (certainly black ones) for prayer is primarily a statement of social, religious, and political affiliation. It is also likely that the reason the practice of wearing a hat and jacket continues in certain circles is due to the theological hesitation to change long-standing practices, even when new realities completely justify such changes.