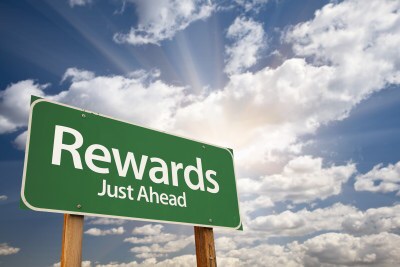 Do Non-Jews Get Reward for Mitzvot

16 Cheshvan: R. Moshe Feinstein on Whether Non-Jews Get Reward for Mitzvot

Last week, we saw a responsum that took a position I assume many of us found problematic. I’m doing it again this week, with fewer practical aspects but much broader theological ones—it ends up being about the role of mitzvot in the world, whether they are inherently good and valuable, or only good and valuable because Hashem told us to do them. This time, it’s R. Moshe Feinstein, a more universally accepted halachic authority than the Klausenberg-Sanzer rebbe, reaffirming his view that many (perhaps most) mitzvot are irrelevant to non-Jews. Their not being commanded to do them means that there’s no reason, value, or reward for them so doing.

Let’s look at his arguments.

The Original Context: Making a Bracha

The original responsum, Iggerot Moshe Orach Chayyim 6;2, analyzed the differences between women and non-Jewish slaves. Their profile of obligation might seem to equate them: like women, male non-Jewish slaves are also exempt from mitzvot with a time component (this will not be a focal point of our discussion, as it was last time).

They are different, according to R. Moshe, in that women, as Jewishly sanctified as men but just exempted from certain obligations, are part of the covenant that created that obligation. Their choice to perform any of those mitzvot then has mitzvah value, they make a bracha (according to Ashkenazic custom) when performing any of those mitzvot. For them, where feasible, it’s certainly worth it.

Slaves are a different story, according to R. Feinstein, since they’re not Jews. While their partial conversion to be a slave conferred some Jewish sanctity, it’s not enough to make them part of the full covenant. Ritual mitzvot, whose effect is solely created by Hashem’s having commanded them to Jews, will therefore have no meaning for them, hence no reward and no bracha.

Stringent Depends on Your Vantage Point

That seems at odds with Rambam, Laws of Kings 10;10, who says that a non-Jew may perform any mitzvot s/he wants. R. Feinstein explains that away as referring only to a sacrifice or charity, not mitzvot like tzitzit, שילוח הקן (sending away the mother bird, an interesting example in that we could have thought that had a character-forming element, which R. Moshe had thought was relevant to non-Jews), circumcision, and the like.

Radvaz took a somewhat similar position, arguing that non-Jews should not perform mitzvot that are a function of Jewish sanctity, like wearing tefillin or putting a mezuzah on the door. Although we might see that as a stringent view, R. Moshe is surprised by its leniency, since Radvaz did assume that non-Jews get reward for mitzvot they fulfill, where R. Moshe’s convinced that was limited to donations to the Temple or charity.

Further, he argues, since the vast majority of mitzvot are linked to the Exodus, how could they be meaningful for a non-Jew? He’s so sure of his position, he suggests Radvaz meant only that we have no problem with a non-Jew doing them, although they won’t in fact receive any reward.

The Levels of Reward for Obligatory and Voluntary Mitzvot

One of the sources pushing him to his view is Baba Kamma 38a, which says Hashem became so disillusioned with non-Jews (כביכול, as it were), Hashem made it that even when they obey the Noahide laws, they receive reward only as if they performed them voluntarily (not the higher reward of those who obey Divine commands). If that which is obligatory only earns reward as if they acted voluntarily, what reward could they get for that in which they’re not commanded?

We’ll see his further discussion in a moment, and it’s not for me to argue with R. Moshe, but let me note that even if we take Baba Kama literally, there’s no reason Hashem couldn’t then give a lesser reward for fulfillment of non-obligated acts. R. Moshe seems to assume there’s only two levels, commanded and voluntary, but that’s not obvious or logically necessary.

This comes up later in the responsum as well, where R. Moshe cites another Gemara as proof. R. Yosef is quoted as saying that he originally thought that those who perform mitzvot voluntarily receive greater reward than those who respond to obligation. That would imply that non-Jews who keep mitzvot are better off than Jews, reward-wise; since that can’t be right, R. Moshe sees this, too, as indicating that non-Jews in fact get no reward.

This seems to again neglect the possibility of different levels, in this case of “not commanded.” R. Yosef, blind, would have been “not commanded” in a different way than a non-Jew. That his reward for performing that in which he was “not commanded” might be better than others does not necessitate that a non-Jew would be the same, even if he still received some reward. But, I stress, I’m not here to argue with R. Moshe; I just don’t want to make it seem like I’m unaware of where there are places one could see it differently.

An Explanation and a Problem

Is there anything inherently good or sanctifying about living in a sukkah on Sukkot or eating kosher? I have no problem with those who claim yes, and there are sources that suggest that, but R. Moshe is saying that that’s only true because Hashem commanded Jews to do that. While women were exempted, they are members of the Jewish people, and therefore included.

But if a non-Jew chose to live in a sukkah as a fulfillment of God’s command to the Jews, does that have meaning or value? Sukkah is an acute example, since it explicitly references a history in which non-Jews didn’t take part. Even if we switch to keeping kosher, R. Moshe is saying the value in restricting our diets that way stems from God’s command, not any inherent goodness in avoiding those foods. Without that command, it loses its value, meaning, and reward.

The Topic Revisited—Mitzvot Where They Do Get Reward

On the 16th of Cheshvan 5761 (1960—and the reason this post is appearing today), R. Moshe replied to R. Yisrael Schepansky, a respected Torah scholar and author. He says that while his time is completely filled responding to practical questions, he chose to respond because R. Schepansky had written at such length and displayed such surprise (so those of us who sense we would like to hold the other way have someone on our side), and hopes Hashem will help him make his position clear.

Those are all examples of non-Jews taking intuitively decent and good actions. When it comes to that which the Torah nonintuitively legislates for Jews, such as Shabbat, holidays, tefillin, tzitzit, sukkah, lulav, shofar, kosher, shatnez and anything like that, R. Moshe reverts to his view that these mitzvot only have value as a Jewish response to Hashem’s command.

As proof, he offers Rambam’s comment in Laws of Kings 10;9 that a non-Jew who studies Torah or keeps Shabbat, or makes a holiday for himself—Rambam then generalizes it to any creating of a religion, doing mitzvot of his own opinion—is liable for death. His choices are to convert or to stick with his Torah (meaning, the Noahides).

The prohibition against founding a religion is derived from the fact that the Torah prohibits setting up a regular day of rest, even without religious import, since that’s ipso facto creating a religion (an interesting claim of its own, that a day of rest is necessarily religious—R. Moshe says that’s especially true since the non-Jew is saying he must rest this day, when the Torah had said he does not need to. To make an absolute rule is itself declaration of a religion). That includes taking on mitzvot, even as a function of Hashem’s having commanded them.

Islam, R. Moshe understands Rambam to be saying, violates this—for all that they believe in and seek to serve Hashem, they also founded a religion. (He thinks Rambam and Meiri inferred this from the Gemara’s derivation of the fact that they cannot keep Shabbat or any other day of rest—Rambam understood it to be a problem of founding a new religion).

We Would Never Deny Reward to Those Who Could Earn It

Such a prohibition only makes sense, according to R. Moshe, if they already were not going to earn any reward. If they would, how could the Torah prohibit him or her from doing so, just because of the worry that it looks like the founding of a new religion?

Here again, he’s certain of that which is not clear to me. If the Torah wanted to be sure non-Jews did not make the error of founding other religions, it does not seem impossible it would therefore require non-Jews not to do that which otherwise would have earned them a reward.

Where Certainty Leads Us

The end of the responsum has a couple of discussions that build off R. Moshe’s understanding, most of them too technical for us to entertain here in brief. One, though, is striking for what it shows about how far even the greatest of us can go once we become sure of ourselves.

Meiri to Sanhedrin 59 writes that a non-Jew who observes the Noahide laws deserves our respect (like a High Priest), and all the more so if s/he studies the rest of the Torah to understand it well, so that s/he could convert, and keeps essential mitzvot for the right reasons. Sounds like, R. Moshe admits, the non-Jew’s performance of other mitzvot for the right reasons is as good as the keeping of the original Noahides.

Since he’s proven that can’t be right, he writes, there must be a textual error, a claim he supports by pointing to what he sees as a further incongruity, Meiri’s saying that we would all the more so respect a potential convert—what makes that so obviously worthy of more respect? (I could imagine the answer being that Meiri assumed that while observing the Noahides was respectable, the effort of converting was even more admirable).

Not only was that an error, a similar error was made by the editor of Meiri, R. Avraham Sofer (Schreiber), who noted that Meiri assumed non-Jews get reward for their mitzvot, and added that Rambam agreed. R. Moshe has shown, to his satisfaction, that that wasn’t true.

Another responsum that leaves room to see the matter differently, but does raise one crucial point I had thought was generally seen the other way, whether ritual mitzvot teach us an inherent good of the universe, such that we’d hope everyone would act like we do, or are only a function of commandedness, for reasons that apply only to the people so commanded?

In that sense, R. Moshe is actually being more lenient towards non-Jews, in that in his view they are not missing out on a good. For R. Moshe, a non-Jew who keeps the Noahides is doing all s/he should do, not just all the Torah happened to let him or her know about. It’s not that they are too benighted to know the wonders of our mitzvot, it’s that those mitzvot don’t apply to them, unless and until they decide to convert.