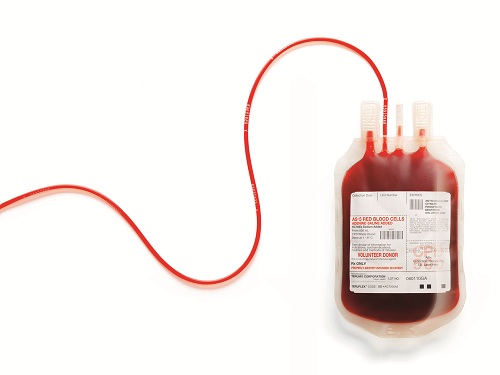 How Much Blood Makes a Shiur?

4 Tishrei: How Much Blood Makes a Shiur?

R. Yaacov Ettlinger (1798-1871) was an important German rabbi, teacher both of R. Samson Raphael Hirsch and R. Azriel Hildesheimer, perhaps best-known for his Aruch LaNer novellae on the Gemara. His responsa, Binyan Tzion, often take up more technical issues than I have felt will work in this format.

On 4 Tishrei, 5608 (1847), the technical issue he discussed still seems interesting enough that we might all enjoy learning about it. That’s especially true because he broached a question, and then recorded three responses, each of which he found wanting. So we also get a sense of his back and forth with other rabbis of his time.

On 22 Tammuz 5607 (also 1847), printed as Binyan Tziyon 49, R. Ettlinger tells us that he was asked about an ill person who was told to drink animal blood (to combat an iron deficiency, I think, but I’m not sure; remember that blood sausage was a common food in much of Europe).

R. Ettlinger wondered about the shiur of eating blood, because when health forces us to ignore a prohibition, it’s still better to do so, when possible, without fully abrogating it. While this person must do what’s necessary for his or her health, it’s preferable to do it with as little damage to observance as possible. Much like we tell those who need to break their fast on Yom Kippur to eat or drink less than certain amounts, if possible, and with no implications for their health.

His first instinct was that it should be a kezayit, an olive’s worth, since the Torah refers to eating blood, and eating in halachah means a kezayit. Rambam in Laws of Prohibited Foods, for example, gives that as the amount that incurs a karet liability for ingesting blood.

Problematically, Yevamot 114 assumes that the amount is a revi’it (which, as we’ll see, is several olives’ worth). The discussion there is of cases where the Torah obligates adults to ensure that children do not violate certain prohibitions. The Gemara explains that the Torah having written that adults may not feed vermin to children wouldn’t automatically teach us that that is also true for blood because the Torah prohibition fully applies to any amount of vermin, whereas blood is a revi’it. Which is not a kezayit. So which is it, R. Ettlinger wants to know?

He notes that he hasn’t seen anyone deal with this, that Maharsha to that Gemara even contrasts blood to ritual impurity, which happens with a kezayit, and this despite a Gemara in Keretot 22 that seems to assume that kezayit is in fact the minimum amount for liability.

He wonders whether  kezayit would be the relevant amount for congealed blood (based on Shabbat 77a noting that Beit Hillel thought a revi’it of blood would become a kezayit once it congealed). Perhaps blood in its liquid form would require a revi’it (because it has water mixed in), in its congealed form, a kezayit.

He rejects that, after consideration, because no earlier decisors mentioned it, and because Chullin 87 is clear that even liquid blood incurs karet with a kezayit. It seems, therefore, that this patient should try to drink the medicinal blood in increments of less than an olive’s worth. But that leaves Yevamot’s reference to revi’it unexplained.

Did Ran or Re’ah Already Say That?

That’s a fine little essay, interesting as far as it goes, with no relevance to the fourth of Tishrei. The next responsum in Binyan Tziyon, however, is dated 4 Tishrei, and it responds to the reaction of R. Ettlinger’s student, R. Azriel Hildesheimer (1820-1899, founder of the Hildesheimer Seminary, what we would call a Modern Orthodox Rabbinical school, shut by the Nazis in 1938, and reopened in 2009). He agrees with his teacher that the shiur is a kezayit, but notes that he had found one source that differentiated between liquid and congealed blood; Ran to Chullin cited Re’ah who mentioned that distinction, although Ran did not accept it.

R. Ettlinger disagrees with R. Hildesheimer’s reading. In his view, Re’ah and Ran were not discussing ingesting blood, they were discussing the sauces in which meat is cooked. Re’ah held that it takes an egg and half of sauce to count as a kezayit of meat, since much of that sauce is just water, and if it congealed, there would be much less of it. On that topic, Ran noted the Gemara’s discussion of how blood would also be reduced in the process of congealing. But their topic wasn’t blood, and they didn’t register a view of the amount of blood that incurs liability.

In fact, that might lead to the opposite conclusion, R. Ettlinger writes. Were Ran to have accepted that congealed and liquid blood have different shiurim, he shouldn’t have argued against Re’ah’s idea regarding sauces. In addition, we explicitly distinguish between liquid and congealed wine for a nazir, where liquid is a revi’it and congealed is a kezayit (like food). But for blood, the Torah refers only to eating, which is always a kezayit, R. Ettlinger concludes.

The next—and last—responsum in this series contains letters R. Ettlinger received from two contemporaries, R. Gabriel Adler of Oberdorf and R. Yaakov Kapfel Bamberger of Worms. The former pointed out that the contradictions R. Ettlinger had collected from various places appear within Rambam himself, since he ruled in chapter fourteen of Ma’achalot Asurot (Laws of Forbidden Foods) that the maximum amount of time that can pass from starting to drink blood until finishing (for it to still count together as one act) is the time it takes to drink a revi’it.

To him, that says that the shiur for drinking is a revi’it, for eating, a kezayit. R. Bamberger said much the same.

R. Ettlinger does not accept that inference.  He notes that Rambam made the explicit distinction between eating and drinking when it came to a nazir and not for blood, implying that it didn’t apply there. In addition, blood is consumed by drinking, which makes it the form of eating for that substance (in the case of nazir, the Torah referred to both eating and drinking; but for blood, where the Torah only uses the verb of eating, the drinking clearly qualifies).

The Time Needed is Even Without Drinking Straight

What was new in R. Adler’s letter was the length of time in which the offending materials must be consumed (Rambam uses the words מעט מעט, that the person is drinking little by little) in order for it all to be considered one act. That period, for Rambam, was the time it takes to drink a revi’it, which R. Adler took as evidence that revi’it was the shiur.

On the contrary, R. Ettlinger notes. If the person has to drink a whole revi’it to be liable, how could the time period in which s/he does that be the time it takes to drink a revi’it? (I could have argued that there’s a minimum time and a maximum time that’s still considered the time to drink a revi’it—one can drink quickly or slowly– and the point was that it all has to happen within that maximum time; Rambam’s stressing that the person is drinking little by little does support R. Ettlinger’s reading, however).

In other areas of halachah, we require a kezayit be eaten within a kedei achilat peras, the time it takes to eat a half a loaf of bread (about six olives). With drinking, it’s a kezayit in the time it takes to drink a revi’it, which is three olives’ worth. Kessef Mishneh to Hilchot Terumot 10 quotes Ri Korkos that eating stays with us longer, so that if from the beginning to end was even six times as long as needed, it still melds together. For liquids, that would only be one in three.

Sum total, R. Ettlinger sticks to his view that the shiur is an olive’s worth, liquid or dried, leaving that reference in Yevamot unexplained. All that would have been important for anyone required to eat blood, but along the way, we’ve been reminded of more common halachot as well, such as the possible differences between eating and drinking, and the need to remember that there is a limit to how long we can dally in various performances and still have it be considered one act.