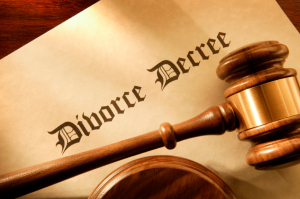 On the eleventh of Tishrei 5610 (1849), R. Yosef Shaul Nathanson in Shut Shoel ve-Nishal Mahadura Kama 1;113 (R. Nathanson was a rabbi in Galicia and Ukraine in the mid-late 1800s) saw the ruling of R. Zvi Hirsch Chajes freeing a man to remarry without a heter meah rabbanim (R. Chajes is more commonly known as Maharatz Chayes, whom Wikipedia tells me is the only commentator in the back of the standard printings of the Gemara who had a PhD).

While, halachically, a man can have two wives, it has long been the practice—for reasons this responsum will discuss—that he cannot. In certain circumstances, if 100 rabbis from at least three countries sign a release, he can take another wife. This obviously creates tension today among those who see it as imbalanced, since a woman has no such option. That’s a discussion for another time, another responsum.

The case here was a man whose wife had become deranged, walking naked and barefoot in the streets, unconcerned with wounds she developed, engaging in promiscuity, and was unable to conduct a coherent conversation. For the past six years, she had been institutionalized.

Her husband, a poor publishing house worker, had small children with a medical need for hot meals, but no one to provide them. To let him marry someone who, among other things, could serve a motherly role for these children, R. Chayes found reason to release him even without a heter meah rabbanim, the document of release by 100 rabbis, which would take time, money, and effort to secure.

One reason R. Chayes gave was that the prohibition against marrying two women is attributed to Rabbenu Gershom, the leader of German Jewry two generations before Rashi. Darkei Moshe had said that that rule only applied until the end of the fifth millennium (1240), after which it was a custom, not a rule. R. Chayes felt this man’s circumstances permitted ignoring the custom.

R. Nathanson disagrees, because Ran took for granted that the herem still applies, though he lived a full hundred years after the end of the fifth millennium. While it’s true that R. Yosef Karo believed Ran didn’t know of Rashba’s view that the original ban had a time limit, and would have ruled differently had he known, it’s still true that R. Karo and all others agreed that the leaders of Ashkenazic communities decided to continue those rules beyond that time.

If so, it’s now a rule now promulgated by those Torah scholars, who certainly had the authority to declare the rule still in force.

At the end of the responsum, R. Nathanson also mentions the view of Maharshal, who found no backing in the reports that the herem was instituted for a limited time. Were that true, he wrote, the herem would still have to have been nullified by a court to cease to apply.

Fault on the Woman’s Part and Coercing Divorce

It is true that Rema had included the woman’s becoming insane as an occasion when the herem did not need to be obeyed, but Shvut Ya’akov disagreed, insisting that that was only where the woman had acted wrongly in some way. Here, she had hidden previous mental health episodes and institutionalizations, which Noda BiYehuda Mahadura Kama Even HaEzer 1 held was enough malfeasance to allow a husband to coerce a get on her, he did not see it as enough to allow marrying a second wife. (Coercing a get does not help with an insane woman, since the document is only effective with someone of sound mind).

In this case, were she to recover, we’d have another problem because the man would have two actual wives—he couldn’t divorce the second one against her will, because Herem Rabbenu Gershom also prohibited that, and she’d done nothing wrong, nor could he divorce the first one against her will, since she’s no longer insane. So that while Rema allowed divorcing a woman against her will in some cases, R. Nathanson does not see the relevance to the case here.

Prohibiting What the Torah Explicitly Permits

Aside from the question of which of the two is better to violate, R. Nathanson notes that Taz in several places held that rabbis cannot prohibit that which the Torah explicitly permitted. If so, how could Rabbenu Gershom prohibit this? R. Nathanson notes that the Gemara had already said that the Torah only allowed multiple wives for a man with the financial wherewithal to support them; if so, the herem might have been saying that today, in exile, men cannot be confident they will be able to provide financial support.

Or, possibly, it’s a function of another Gemara, which says that the only reason we can marry—a happy event—after the Destruction of the Beit HaMikdash [a tragedy which is supposed to always be in our thoughts] is the obligation to have children. That does not permit two wives.

Noda BiYehuda had held that if we’d allow coercing a get in some situation, we’d certainly allow taking a second wife (the latter being the less serious of the legislatons of Rabbbenu Gershom), and Maharatz Chayes had relied on that. R. Nathanson prefers the view of Maharam Padua (an ancestor of his), Responsum 13, that having two wives is the more serious issue.

Doubt About a Herem

R. Chayes had also written that we can rule leniently in any doubt about a herem, because it’s divrei kabbalah (sourced in Scripture, but not the Torah, and therefore not having the full force of Biblical law). This, too, was based on a view of Noda BiYehuda, about which R. Nathanson again expresses surprise, and notes that he had previously discussed. Shach and other halachic decisors ruled that doubts about a herem had to be taken stringently.

R. Nathanson holds, also, that a legislation promulgated with a ban of excommunication (a herem) attached, shows that they meant this rule to carry extra force, including that it applied even in cases of doubt.

R. Chayes also ruled that her infidelity meant she could never return to this husband. He based that on Rambam’s view that a man who has an affair with a minor is not inherently considered as having coerced her [that would be a sensitive topic today, but it’s not clear we rule that way]. If we apply that to a deranged woman as well, this woman cannot stay with her husband because we see her adulterous activity as consensual.

It’s not clear we accept Rambam’s ruling (a majority of authorities, it seems, disagree). Even if we do, his reasoning was that the minor understands that she’s betraying her husband, regardless of her failure to understand the seriousness of the prohibition. That’s not true of a deranged woman. More, R. Nathanson writes, the flaws in intent are different: a minor doesn’t have full intent, where a deranged woman has problematic (his word is mixed up) intent. Her infidelity must be thought of as against her will, meaning the husband is not required to divorce her.

Leaving a Get for Her

With all that, a heter meah rabbanim would clearly allow the husband to remarry. Yet R. Chayes made one more recommendation that troubles R. Nathanson. The general practice, in cases of heter meah rabbanim, is that the husband leaves a get with the court, for the wife to pick up when she is ready. R. Chayes, however, had written that this man should be מזכה a get, which sounds like giving it to someone else on her behalf, as if it already takes effect. Yet he also wrote that, should she recover her health, the husband should write her a new get. Finally, he required the husband to swear, as Noda BiYehuda prescribed for all cases of heter meah rabbanim, that should he marry another woman, he would obey any beit din’s order to give this first wife a get, whenever a beit din would prescribe it.

We do give a get on the woman’s behalf, with the intent that it apply immediately, for a woman who has left observance. In that case, it’s clearly to her benefit, since she’s unconcerned with her marital vows, and we can assume will have adulterous affairs. A divorce does not benefit a deranged woman, since it frees her husband of the responsibility to support her.

It’s not clear, either, that a messenger can do that which the original person cannot. If her mental state means she can’t accept a get, it’s not clear a messenger can accept it on her behalf, even if it’s a clear benefit. That’s a topic many authorities had discussed, including R. Nathanson, at length, in another responsum.

What R. Chayes probably meant, and is the way the concept of heter meah rabbanim was formulated, was that the husband would deposit a get, which would be held for her until such time as she chose to come for it. Until then, she would still be this man’s wife, and he would owe her financial support.

Even that isn’t obviously meaningful, R. Nathanson says, since writing a get when it cannot be given (in this case, because she’s too deranged to accept it) raises questions of validity. A get has to be a sefer keritut, a document that can end a marital relationship at the time of its writing. Earlier authorities had split on the question of whether a heter meah rabbanim in a case of the woman’s derangement required the usual depositing of a get on her behalf, and R. Nathanson leaves the question open.

Sum total: the man (unlike women in this situation, and I don’t mean to minimize this issue; it’s just not the issue of this responsum) can marry, but R. Nathanson thinks he needs a heter meah rabbanim. And he must continue to support the deranged woman in the institution, who will remain his wife until she recovers.