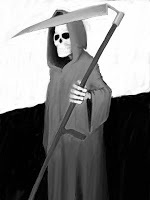 Posted by: Gil Student in From The Hashkafah Files, Magazine Aug 3, 15 1 Comment 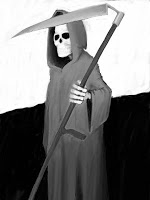 The Mishnah in Avos (2:4) tells us that you should not say that you will learn when you have time, because you might never have time. While it could mean that there are an infinite number of things that can appear and distract you from learning, it could also mean that you never know how long you will live. You should be concerned about pushing off learning because you might not live long enough.

Later in that chapter (2:10), we are told to repent one day before we die. As explained in the Gemara (Shabbos 153a), this means that you should repent every day because you need to be concerned that you might die tomorrow. From the two mishnayos, it seems that we should be worried about our mortality and the inevitability of death.

Franz Rosenzweig begins his Star of Redemption (p. 1) with a statement about how the fear of death hangs over us:


From death, it is from the fear of death that all cognition of the All begins… All that is mortal lives in fear of this death…

We have to keep in mind that Rosenzweig wrote those words in the trenches of World War I. We can ask whether from a talmudic perspective it is appropriate to be worried that we might die tomorrow. From an actuarial perspective, such death is possible it is highly unlikely (except for those extremely ill). But should we worry over that possibility?

The Talmud (Sukkah 23a; Nedarim 3b; Gittin 28a) quotes a debate between R. Meir and R. Yehudah over whether Jewish law is concerned about imminent death. The following three cases are all connected based on this dispute:

It would seem, from the discussion in the Talmud, that these three cases are linked together. If we are worried that you may die soon then we are strict on all three. If not, then we are lenient on all three. However, the Rambam seems to rule inconsistently on these. Regarding the bill of divorce and the nazir he rules strictly and regarding the sukkah he rules leniently.

In a responsum regarding someone who is allowed to leave jail on a brief furlow to attend synagogue, whether he should wait for a holiday or leave immediately, R. Tzvi Ashkenazi (Chakham Tzvi, no. 106) discusses whether we should be concerned that this person might die before the holiday. He raises the issue of the Rambam’s inconsistency and leaves it unresolved. The Lechem Mishneh (Hilkhos Nezirus 1:1) attempts to solve the problem on the levels of both theory and the talmudic text.

However, the Arukh La-Ner (Sukkah 24a) complicates matters by pointing out other relevant cases:

The Arukh La-Ner attempts to reconcile all of these different cases and the Rambam’s rulings by distinguishing between a defined period and an undefined period. In any given period during which most people do not die (e.g. one week, one year) we are not worried that you will die. However, if the law is regarding an undefined period of time, then we are worried.

Therefore, if someone makes a vow regarding becoming a nazir or buying a house without specifying the time period, we are worried about his eventual death and require him to fulfill the vow immediately. But issues with a specified time period, such as a voluntary sacrifice that must be brought by the next holiday or a sukkah that must be valid for only one week, we are not concerned.

The bottom line: Everyone dies eventually but don’t be so worried that your time is just around the corner.