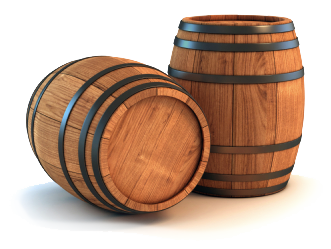 How do leaders respond to their community’s not meeting the highest standards of observance? There is no one answer, as communities differ, rabbis differ, and the particulars of each type of observance differ. Each example we see, however, helps us build a better picture of the kinds of guidelines such decisors use.

This week’s respondent, R. Moshe Khalfon haCohen (1874-1950) was born in and eventually became a rabbinic judge in Djerba, an island off the coast of Tunisia that has had a Jewish community for thousands of years (and, Wikipedia says, still had a thousand Jews as of 2011).

On the 21st of Av, 1923, R. Khalfon, in Shu”t Shoel ve-Nishal 1 Yoreh De’ah 75 responded to a question about how to transport wooden barrels of wine. Halachah traditionally worried that a non-Jew with unfettered access to a wooden barrel might pry apart the staves to draw out a cup of wine. Because liquids are all connected, as far as halachah is concerned, that would turn the rest of the barrel into wine touched by a non-Jew.

The Gemara’s solution was to wrap such a barrel in a bag, sealed and signed in Hebrew, which a non-Jew could not easily replicate. In the case that came to Rabbi Khalfon, there hadn’t been a bag, just a wooden cover on the barrel, a cloth covering of that cover, with the word “kosher” written on it in Hebrew, and a design of nails (making it hard to replicate, giving more reason to assume that no non-Jew had opened the barrel).

On the side of the barrel, there was an opening to draw wine, closed by a wooden peg, which jutted out only slightly. No seal had been placed on that peg, the usual way of preventing worries about the non-Jew removing the peg to take wine.

Last, the barrel was down some fifty liters when it arrived at its destination (from brief research, it’s unclear whether barrels have standard sizes, but fifty liters seems a lot for almost any feasible size of a wine barrel).

Wood Is Different From Clay

R. Khalfon starts by noting that Yoreh De’ah 130 differentiates clay barrels from wooden. With clay, wine can only be removed through the openings, so a double seal suffices to keep a non-Jew wouldn’t bother opening and resealing it. A wooden barrel must be inserted into a bag without seams.

That’s not the contemporary practice he knows, however. In his world, Jews regularly ship wooden barrels with only a double seal. He reports that when he was thirteen or fourteen, he asked Mahardach (I am not sure who that is) about this, and the latter pulled out a Shulchan Aruch, read what was written there, and said no more. (The implication is that there was no justification for common practice, that in fact such bags were necessary to cover the barrels, and wine shipped without them was of questionable status).

Balancing the Ideal and the Real

For his own part, R. Khalfon says, he has tended to refrain from comment, telling only those who ask to send barrels as required by Shulchan Aruch. To defend the others, he saw room to argue that even the Sephardic Jews of Djerba could rely on Rema, who accepted the view that the staves of wooden barrels were, by the sixteenth century let alone the twentieth, too difficult to pry apart to constitute a worry (coopers had become more adept at their craft than in the time of the Gemara).

Since the shippers were Moslems, not idolaters, even if they had touched the wine, it created only a drinking prohibition, not a benefit prohibition; that was reason for Sephardim to be allowed to follow the Ashkenazic Rema. In addition, the ship’s captain has the status of a craftsman, who would not risk his professional reputation by tampering with the items in his care, especially if the government polices his trade. For these reasons, R. Khalfon HaChohen leans to thinking there is room to accept this leniency.

In this case, it wasn’t even clear that the barrel had the proper double seal. Tradition had it that part of double sealing was writing in Hebrew, half on the cover, half on the barrel. That way, if the non-Jew were to open it, he could not reseal it properly, aligning the letters as they should be. In this case, they had instead put a piece of cloth around the top, under which there was another piece of metal. R. Khalfon nonetheless thinks that, too, qualifies as the necessary double seal.

One more issue was that the spigot—really, the hole in the barrel that had a peg stopping it up—wasn’t sealed. Here, too, the fact that Moslems are not idolaters means R. Khalfon could be lenient. His leniency was that one seal would be good enough; in this case, it was that the peg was well fastened to the hole, making it difficult to remove. He supports that claim from Yoreh De’ah 118;18, which says that anything prohibited rabbinically left with a non-Jew needs only one seal. In 130;2, Shulchan Aruch adds that if the person leaving the item designated a place for it (such as its’ place in the hold of the ship), that also needs only one seal.

Since the crucial issue is how likely it is that the non-Jew would sneak some wine, if the peg is so firmly entrenched that it would take significant effort to remove, and the barrel is assigned a place (so that even moving it already has some danger of discovery), we can assume the non-Jew didn’t do either, not move it and certainly not take wine.

Helping him reach this conclusion, as well, is the fact that the peg is almost flush with the wood. Tsemach Tsedek had said that the spigot being more difficult to access than normal was reason to dispense with the need for an extra seal. That was true of this peg, which was close enough to the barrel that it could not be removed quickly and surreptitiously. In such cases, especially since the non-Jew would see the writing on the top of the barrel (and know that we’re watching these barrels for signs of tampering), we’re allowed to rule leniently.

R. Khalfon then notes opinions that a non-idolatrous non-Jew’s unintentional or unwitting touch doesn’t produce any prohibition on the wine. Since the primary problem is the intentional touch of an idolater, and that would prohibit any benefit from the wine, each diminution of that circumstance lessens the prohibition.

The unwitting touch of an idolater or the intentional touch of a non-idolater creates a prohibition to drink but not of benefit, and, in our case, if a non-Jew pulled out the peg or opened a slot between the staves, his touching the rest of the wine would be unintentional. Rambam rules this way, and R. Khalfon thinks Yoreh Dea’ah 124;7’s citing only that view indicates Shulchan Aruch’s acceptance.

Finally, the missing wine proves nothing. The barrel might have gotten a hole in it, or the seal at the top might not have been as tight as was thought.

R. Khalfon does know of a more stringent ruling in Shu”t Yachin u-Boaz, but asserts the right, in a debate among decisors, to follow the lenient view, especially since (he assumes) Yachin uBoaz dealt with idolatrous non-Jews, and because wooden barrels have improved, reducing the worry about staves being pried open.

Sum total, a practice that seemed a flagrant violation of a simple paragraph in Shulchan Aruch has more room for leniency than we had realized. Because barrels have changed, shipping is a profession that cares about its reputation for not tampering, and Moslems aren’t idolaters.