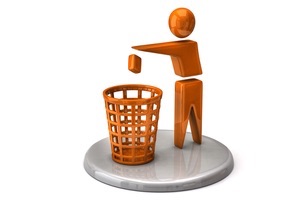 How to Undo a Minhag

The term minhag, custom, actually refers to multiple types of practices with different kinds of obligations. By understanding better these differences, we can explore which minhagim are subject to removal and how to accomplish that, if you so wish.

I. Types of Minhagim

With all this in mind, let’s address when you can remove a minhag. Two debates are crucial for understanding this topic. Rav Baruch Simon’s recent Imrei Barukh: Tokef Ha-Minhag Ba-Halakhah contains three chapters (chs. 3-5) that I found very useful in explaining this subject.

The (Babylonian) Talmud (Pesachim 50b) tells the story of Bnei Beishan who had the minhag of refraining from going to the marketplace on Friday, in order to ensure proper preparation for Shabbos and avoid any potential Shabbos violations. They wished to annul this minhag that they had inherited. Rabbi Yochanan told them that they could not because Proverbs (1:8) says: “Listen, son, to the rebuke of your father and do not abandon the teaching of your mother.”

The Talmudim take minhagim seriously. You cannot simply drop a custom that you don’t like. However, there may be ways of removing them.

The Ramban and many others (Rashba, Ra’avad, Rivash,…) understand the story of Bnei Beishan as teaching that a custom adopted as a fence cannot be removed. However, other minhagim, that are not intended as fences, may follow different rules. A pious practice, as described above, can be annulled through hataras nedarim. The Rosh disagrees, arguing that even a fence may be permitted. According to the Rosh, Bnei Beishan could have asked for their minhag to be annulled with hataras nedarim. Rabbi Yochanan merely told them that, as things stood at the time, they were bound by the minhag. But they could have gotten out of it with hataras nedarim.

Significantly, the Shulchan Arukh (Yoreh De’ah 214:1) follows the Rosh, as do all subsequent standard authorities. However, the Pri Chadash (Orach Chaim 497, par. 5; followed by Chayei Adam 127:9) writes that, even according to the Rosh, all or most of the people subject to the minhag have to annul it. If an individual receives his own (mistaken) annulment, it doesn’t work and he is still bound by the minhag.

Rav Shlomo Luria (Responsa Maharshal, no. 6) adds that a custom can only be annulled by someone not bound by it. Therefore, a custom universally practice by Jews cannot be removed. The Shakh (Yoreh De’ah 214:4) follows this ruling, as does the Pri Chadash (ibid., par. 6), who say that “this is clear.” Therefore, universal Jewish customs can never be annulled.

All agree that a practice adopted due to a mistaken understanding is not binding. For example, if you thought a specific food is forbidden and therefore refrained from eating it, and later discovered that there is no basis to consider the food forbidden, you may freely eat that food. The minhag is not binding. You do not even need to do hataras nedarim.

The Pri Chadash (ibid., par. 2) uses this to explain a rabbi’s halakhic ruling on a controversial subject. If there is a long-standing debate about a practice and a community follows one specific view, can they switch to another opinion? Quoting the Maharshdam (Responsa, Yoreh De’ah 40), the Pri Chadash explains when and why this is allowed. If a contemporary rabbi proves to his satisfaction that the view the community follows is incorrect, he has rendered their practice a minhag based on a mistake that does not even require hataras nedarim.

In other words, if there is a debate between Rashi and Rambam, and the community’s former rabbi had ruled like Rashi, the new rabbi has to prove that Rambam was right and Rashi wrong in order to uproot the established ruling. The Pri Chadash adds that few are qualified to weigh in as equals in such debates. He says that in his times, in the seventeenth century, only one or two in a generation are capable. (Yes, he invokes the concept of a gadol ha-dor without using the term.) The Chayei Adam (127:10) follows this Pri Chadash but only mentions one per generation, presumably for stylistic and not substantive reasons. [1]Note that the Chayei Adam includes this ruling in his chapter on kitniyos, which he did not consider a mistaken custom but a fence. As we discussed elsewhere, even Rav Ya’akov Emden, the most … Continue reading

One of the proofs for this ruling is Chullin 111a. Rav Bar Shva went to eat at his teacher Rav Nachman’s home. Rav Nachman served liver, which some forbid because of the difficulty in removing blood from the meat. When house servants or other guests informed Rav Nachman that his student was refusing to eat the liver, clearly following the strict view, Rav Nachman instructed them to force the liver down his throat. Rather than show respect for this alternate view, Rav Nachman took a stand for leniency because he had decisively ruled that eating liver is permissible (when prepared properly).

The rules about annulling customs we have discussed so far have generally referred to the people who initially adopted the customs. If you decide to fast on every Monday to enhance your spirituality (i.e., a pious minhag) or as a way to avoid forbidden foods that are more common in your weekly routine on Monday (i.e., a fence), can you change this practice? Most minhagim we observe today are received from previous generations.

The Maharshdam (ibid.) argues that you may not annul a received custom. Only the people who accept a custom may annul it because only they know the full reason the custom was adopted. Subsequent generations, who inherit the practice, must follow it. He proves it from Bnei Beishan, who were not allowed to annul the custom (according to the Ramban et al).

The Pri Chadash (ibid., par. 8) disagrees. He argues that the heir has the same power as the originator. If the person who accepts a custom can annul it, so may his descendants. In this, he follows the Rosh (as above) that Bnei Beishan could have annulled their custom but their question was whether they must follow it absent annulment.

The Pri To’ar (39:32) takes a middle position. When someone accepts a practice with the intent that his descendants must follow in his footsteps, that custom is binding on then. Otherwise, absent that explicit intent, the custom is a personal stringency that his children need not follow.

Who or what is Beishan? The Pri Chadash (ibid., par. 7) explains that Beishan is a contraction of Beis She’an (or Beit She’an or Beth She’an), a city in Israel that still exists. The people of that city, the members of Beis She’an, approached Rabbi Yochanan about discarding a local custom. The Pri To’ar (ibid.) disagrees and assumes that Beishan was a family name. Members of that family asked Rabbi Yochanan about their family custom.

According to the Pri Chadash a local custom is binding. As long as you associate with that place, you must follow its customs. The Mishnah (Pesachim 50a) states that someone who comes from a place with a specific custom must observe it even if he is spending time elsewhere. The Gemara (ad loc., 51a) adds that if you move to a place, you become a member of that city and adopt its customs.

Therefore, if you live in a city with a custom you wish to discard, you can move to a city with a contrary custom. However, this only works if the new place has a custom that contradicts the custom of the old place; the new custom overrides the old one. If you move to a city that has no standard custom, in which many people with different customs coexist within one community, then there is no new custom to override the old custom. You must continue practicing your old custom.

Rav Moshe Feinstein (Iggeros Moshe, Even Ha-Ezer 1:59) writes that there is no such thing as a local custom in America. Everyone who moves to America must keep their prior customs. Similarly, Rav Shlomo Zalman Auerbach (quoted in R. Yerachmiel Fried, Yom Tov Sheini Ke-Hilkhaso 19:5) rules similarly that Jerusalem has no single custom and no one who moves there may change his customs, except for a few unique customs accepted by all the communities there.

However, according to the Pri To’ar, there is also a concept of a family custom. Even if you move to a place with an established custom, you still have to follow your family customs. Rav Yosef Shalom Elyashiv rules this way. [2]As quoted in R. Moshe Fried, Responsa Va-Yishma Moshe, pp. 267-268; Sefer He’aros Al Masekhes Pesachim, p. 293, both cited by R. Baruch Simon, ibid., p. 71 Rav Hershel Schachter (“Hashbei’a Hishbi’a” in Beis Yitzchak 39, 2007) explains that some customs are family-based and some locale-based, although they are not always easy to differentiate. You must follow a family custom even if you move to a place that has a different custom. He adds that if you change families, you change family customs. One example is a woman who marries and, generally speaking, adopts the customs of her husband’s family. However, sometimes a man with little knowledge of his lineage (e.g. a ba’al teshuvah) marries a woman of prominent lineage and adopts her family’s customs.

In summary, you can discard a custom if: