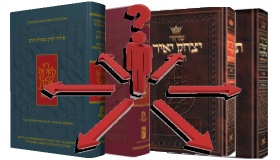 I. In What Cases Is One Permitted to Change His Nusach?

As I discussed elsewhere, one must maintain his family’s minhag. The Chachamim based this statement on the verse, “Al titosh torat imecha,” meaning, “Do not abandon your mother’s teachings” (Proverbs 1:8). However, this custom is no more important than other laws, and therefore it is often superseded. For example, when a person knows for certain that he will have less kavanah praying in a synagogue that conducts services in his family’s nusach than in a synagogue in which the services are conducted in a different nusach, he should choose the one in which he can concentrate better, for kavanah is the essence of prayer.[1. See Shut Maharam Shik, Choshen Mishpat 24, which states that even though the Magen Avraham writes that one should not stray from his family’s nusach, one is permitted to switch from Nusach Ashkenaz to Sephard-Chassidi if he so desires. He cites Chovot HaLevavot saying that one’s deep passion for a certain mitzvah indicates his deep connection to that mitzvah. All the more so, he is permitted to switch nusachim for the purpose of having more kavanah. The matter of the community’s significance, of which I will write later on, is of obvious importance. See Igrot Moshe Orach Chaim, part 4, 33. ] However, in a case of uncertainty, it is preferable to pray in his family’s nusach, because in the long term, chances are that he will have more kavanah praying as his family does. Sometimes, when a person is young, he does not properly value his connection to his family’s nusach, though as time passes, he discovers a deep attachment to it.

An Ashkenazi who wants to pray according to the Ari’s writings, and for that purpose wishes to switch to Nusach Sephard-Chassidi, is permitted to do so. There were some prominent individuals from Ashkenaz who did this, among them the Chatam Sofer’s rabbis, Rabbi Natan Adler, and Rabbi Pinchas, the author of the Hafla’ah. Nevertheless, their families and students continued to pray in Nusach Ashkenaz, for they understood that only a specific individual who wants to pray according to the kavanot Ha’Ari is permitted to change his nusach, but it is not proper for someone who does not pray with those kavanot to do so. However, the leaders of the Chassidic movement encouraged all their followers to switch from Nusach Ashkenaz to Nusach Sephard-Chassidi, despite the fact that most of them were not familiar with the Ari’s kavanot. Indeed, prominent rabbis have vehemently disagreed with them, wondering how they could have changed their minhag, but the eminent leaders of the Chassidic movement, who were also illustrious world figures, decided to change their custom and surely had honorable reasons. Nowadays, no one objects to their practice (see She’arim Metzuyanim BaHalachah 18:4; Igrot Moshe, Orach Chaim, part 2, 24).

When an entire community migrates to another place, it does not need to conform to the customs of the people there

If a person has a choice of two synagogues, one where the prayer service is conducted in his family’s nusach but where no Torah classes are organized, and another, which provides Torah study but where the people pray in a different nusach, he must consider his options. If he reasons that praying in the synagogue with more Torah will help him learn more, it is better that he pray there even though the service is not conducted in his family’s tradition. Likewise, in choosing a yeshiva, one should not choose a place of learning according to the nusach of the prayers. Instead, he should choose the yeshiva in which he can become more elevated in Torah and mitzvoth.

Similarly, if a person must choose between two synagogues: one, where the congregation prays in his family’s nusach, but he is concerned that he will not be able to connect with the people because they are either too old, too young, or too few in number and another, where they do not pray in his family’s nusach, but there is a unified congregation with which he can better identify. If he feels that by joining the prayers of the latter synagogue, his connection to the Jewish religious community will intensify, thereby enhancing or at least sustaining his spiritual level, it is preferable that he pray there, even though the prayers are not his family’s nusach.

II. Immigrants and Communities that Migrated

In the past, when the distance between communities was great, Ashkenazim lived in Ashkenaz, Sephardim in Spain, and Yemenites in Yemen. Any person who moved to another place would adopt the minhag of his new place and practice the customs of the local Jews regarding halachah and prayer. For example, people with the family name “Ashkenazi” follow the Sephardic customs yet are called “Ashkenazi” because they migrated from Ashkenaz to Spain. Likewise, families that migrated from Spain to Ashkenaz accepted upon themselves the Ashkenazic customs. Even if, over the course of time, many people migrate to a community and become the majority there, as long as they arrive as individuals, they are outweighed by the community in which they settle, and must practice according to the custom of the new place (Shulchan Aruch Yoreh De’ah 214:2; Orach Chaim 468:4; Mishnah Berurah 14).[2. However, if her husband does not mind, she may continue to pray according to her previous nusach (Halichot Shlomo 1, note 7). Nevertheless, it is proper for her to switch to her husband’s nusach before her children reach the age of understanding, so they will not be confused why their parents are praying in different nusachim (Tefillah Kehilchatah 4, note 4).]

The law is similar regarding a woman who married a man from a different ethnic group. She is considered someone who migrated from her community to his. She must abide by his practices, whether they are more strict or lenient, and she need not perform a hatarat nedarim (an annulment of vows) (Igrot Moshe, Orach Chaim, part 1, 158).

When an entire community migrates to another place, since it is its own entity, it does not need to conform to the customs of the people there (Bei’ur Halachah 468:4). Even if the original people are the majority, as long as the new ones are united as an independent community, they should continue their initial minhagim. Similarly, that is the law in Israel today. By Hashem’s grace we merited a great ingathering of Jews from the Diaspora (kibbutz galuyot). Myriads of differing ethnic groups arrived, including talmidei chachamim, and each and every ethnic group founded its own synagogue. Therefore, no ethnic group is invalidated in regard to another and each must preserve its own minhagim.

III. Those Accustomed to a Different Nusach

Sometimes the question arises regarding how a person should practice when his father, who is a member of one ethnic group, becomes accustomed to praying in a nusach of a different ethnic group. Should he pray in the nusach in which his father currently prays or in the nusach of his father’s ethnic group? As a general rule, the obligatory minhag is that of the ethnic group and not one’s father’s individual minhag. However, when the son prefers to continue in his father’s adopted nusach, or because he finds it difficult to change, or for any other reason, he is permitted to continue praying in his father’s nusach. Since this question poses implications on other issues, it is best that one consult with his rabbi on this matter.

In practice, since there are differing opinions, the person posing the question may choose how to practice. Still, it is best to consult with one’s rabbi on this matter.[3. The position of the rabbis who pray in Nusach Ashkenaz is brought in Igrot Moshe, Orach Chaim, part 2, 24, as well as in Tefillah Kehilchatah, in the name of Rav Elyashiv. Their opinion is that Nusach Ashkenaz is the nusach in which it is proper for all Ashkenazim to pray. However, Rav Elyashiv adds in the next paragraph that one who has regularly prayed in a different nusach since he was born, and it is difficult for him to change, may continue praying in the nusach to which he has become accustomed, for that is what the Chazon Ish and Rabbi Yaakov Kanievsky have taught. The opinion of the Chassidic rabbis is widely known.]

Excerpted with permission from Peninei Halachah: The Laws of Prayer, chapter 6 pars. 3, 4 & 7. The chapter contains discussion of other related issues. 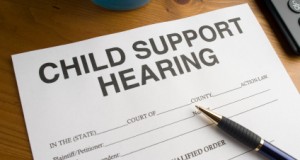 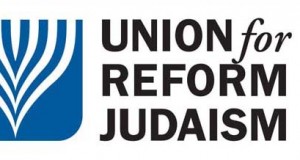 On Reform Judaism and Reform Jews 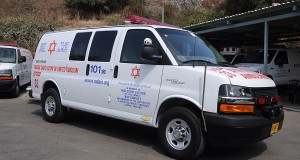