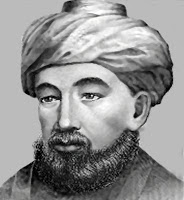 Who Was Greater Than Rambam?

Posted by: Gil Student in From The Hashkafah Files, Magazine Jul 27, 15 2 Comments

Rav Shlomo Luria, the Maharshal, famously said that Rabbeinu Tam was greater than the Rambam (introduction to Yam Shel Shlomo). In discussing Kinah 42, Rav Joseph B. Soloveitchik suggests that the French and German Tosafists were more important than the Rambam, without discussing who was greater.

It is a miracle that Torah shebe’al peh continued, in spite of the fact that the center of Torah in Germany was destroyed [in the Crusades]. Torah shebe’al peh was able to survive because, by then, centers of Torah had already begun to be established in France. Rabbeinu Tam and Ri (Rabbi Yitzhak) were French scholars, not German. Rashi was the one who turned France into a center of Torah. When Rashi was born in France, there was limited Torah scholarship there. As a young boy, before the Crusades, Rashi had no place to study in France, and he had to travel to the Torah centers which were in Germany. Rashi came to Worms to study with Rabbi Yaakov be Yakar and Rabbi Yitzhak ben Eliezer HaLevi. He returned to France well trained by the German Torah scholars, and upon his return, he established France as a center of Torah scholarship. In time, France became the center of Jewish wisdom…

It may seem strange that the kina refers to nezirot, Nazirite vows, and nedarim, pledges and oaths, which on the face of it, are not subjects of pressing practical importance. The intent is to allude to a particular set of circumstances that pertain to two tractates of the Talmud in which these topics are discussed. We do not have an authentic commentary of Rashi on the tractates of Nazir and Nedarim. Although the Genara texts do have a commentary printed on the page which purports to be Rashi’s commentary, it is, in fact, not by Rashi, and it is very difficult to understand. Therefore, the Tosafists here were to have assumed Rashi’s traditional role and interpret the text in these two tractates. Normally, the Tosafists do not interpret. Customarily, Rashi is the interpreter, and the Tosafists compare and resolve problems. Indeed, the Tosafot glosses in Nazir serve as a commentary, and do not play the Tosafists’ usual role of posing questions and marshaling responses. Since the German Tosafists were killed, we are left without the analysis that they normally would have provided, and the kina mourns, and says, “Who will fully interpret the tractate of Nazir and who will interpret the tractate of Nedarim?”

In fact, Nedarim and Nazir are two very difficult tractates. If the massacres in Speyer and Mainz had not taken place, there would have been a gadol who would have written an exhaustive commentary. But the German Torah scholars were killed, and there was no one to write the commentary, and to this day we have trouble studying these two tractates. I once attempted to study Tractate Nedarim with my father using the pseudo-Rashi’s commentary, but we were not successful. We were able to proceed only by using the commentary of the Ran, Rabbeinu Nissim, who lived in the fourteenth century, considerably later than the period described by the kina. The Ran gave us both the interpretation, usually provided by Rashi, and the analysis, usually provided by the Tosafists.

It is interesting to note that there is evidence that even as early as the days of the Geonim the tractate of Nedarim was not studied regularly. A question was posed to Rabbi Hai Gaon concerning an issue in Tractate Nedarim, to which the Gaon responded, “we have not studied the tractate of Nedarim in the yeshiva for over one hundred years, for Rabbi Yehudai Gaon instructed us not to study it” (Teshuvot HaGeonim HaHadashot 58:780). In fact, the Geonim did study Nedarim, but they did not study it in depth, which is why the Gaon declined to answer the question. 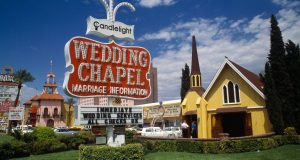