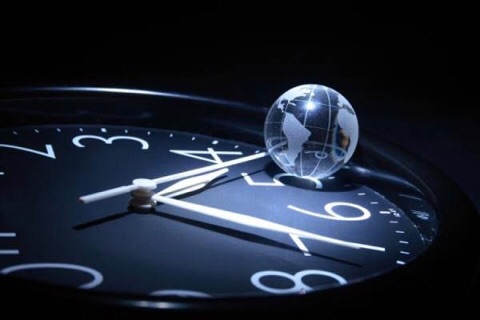 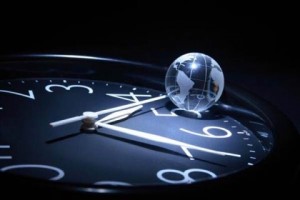 I share this with you for two reasons. First, I have always been interested in mathematics, science, and the like, and we geeks are nothing if not evangelical about our geekiness. Second (pun intended), in the months since this addition of leap second was announced earlier this year, I have thought a great deal about the way halachically observant Jews relate to time, and I would like to share one of those thoughts with you.

So first, the geeky part: why did the world’s time keepers add in in a leap second? To understand, we need to think about what a minute or a second is.

As you can read here, in ancient times, there was no concept of second at all; in fact, even minutes took a while to develop. Instead, other subdivisions of the hour were used. We Jews recall one of those ancient ways of subdividing hours when we announce the time of the molad (the time of the appearance of the new moon in Jerusalem) during services on the Shabbat before each Rosh Chodesh (the first day of each Jewish month). In so doing, our custom is to mention the time in hours (they had those in the ancient world: think of sundials), minutes (already a concession to ‘modernity’; the Greeks didn’t use them), and chalakim, where one chelek equals 1/1080th of an hour, or 3 1/3 modern seconds.)

Starting in the late 1500s, clocks became accurate enough to allow for the invention and definition of a second, which by the late 1600s was defined by British clock makers as we think it “is” or “must” be defined; i.e., relative to the rotation of Earth. Namely, you calculate the average duration of one Earth rotation on its axis, divide that into 24 equal parts to define an hour, divide each such hour into 60 equal parts to define a minute, and then divide each such minute into 60 equal parts to define a second. (The 24, 60, 60 pattern is an echo of the ancient Sumerian and Babylonian number systems.) That is to say, a second was 1/86400th of the duration of the Earth’s typical rotation on its axis.

Over the past century, though, scientists determined that the duration of the Earth’s rotation on its axis changes over time. This is due to a variety of effects, most notably the gravitational influence of the Moon on Earth. The ocean’s tides are a familiar, visible reminder of that effect on Earth’s seas and oceans; related effects occur on Earth’s solid portions, as well, with the effect of slowing down Earth’s rotation.

To escape that astronomical irregularity, the world’s time keepers made a practical and conceptual change in the definition of a second in the 1950s and 1960s so that nowadays, the official definition of a second is “the duration of 9,192,631,770 periods of the radiation corresponding to the transition between the two hyperfine levels of the ground state of the cesium 133 atom.” Deciphering exactly what that means is beyond the scope of this essay, but the conceptual point is that the definition of a second no longer relates to Earth, but rather to atomic oscillations. And this, in turn, is what gives rise to the need for leap-seconds: every few years (the pattern is erratic), the number of seconds on an atomic clock exceeds the number of seconds on an Earth rotation-based clock, necessitating the addition of a leap-second to synchronize them.

Time has undergone other major conceptual shifts over the past century, most notably a move from conceiving of time as being essentially independent of physical law to Einstein’s integration of it into the rest of physical law in the Special Theory of Relativity. The new concept of space-time allowed him to predict and scientists later to observe that the rate at which time appears to ‘tick’ is not uniform throughout the entire universe but rather varies according to the relative speed of the observer and the clock being observed.

With those conceptual thoughts in mind, I turn to the Jewish experience of time. It has many components: sanctified vs. ordinary time, our solar-lunar calendar, counting the days from Passover until Shavuot, the sabbatical and jubilee cycles of seven and fifty years, and much more. Here, I would like to reflect on how we relate to time on a daily basis as halachically observant Jews. More specifically, I would like to consider one of the many conceptual changes which have occurred over the years regarding halachic time, and to reflect upon its significance.

My example is a move from measuring time according to one’s stomach to measuring it in minutes. The precept of birkat hamazon (Grace After Meals) is a pillar of the daily ritual of an observant Jew. This precept is found in the middle of a long Torah passage (Deuteronomy, chapters 6-11) detailing practical and spiritual challenges which, after concluding their forty years in the wilderness, the Israelites will encounter upon entering the land of Canaan. God warns the people about those pitfalls and seeks to fortify them against succumbing to them. A thrice repeated theme (6:10-12; 8:7-14; 11:13-16, the second paragraph of Sh’ma; see also 32:15) of that passage is the danger of v’achalta v’savata: the sense of physical satiety one feels after eating a large meal. With God directly providing the Israelites’ food, shelter, clothing and water in the wilderness, remembering Him was easy and forgetting Him, difficult. Upon entering the land of Canaan, however, God’s overt sustaining Hand would be difficult to perceive, replaced by a bountiful land and its natural and man-made resources: springs, cities, orchards, vineyards, flocks, minerals, fields, houses, and more. The Israelites could easily come to believe they were self-sufficient and no longer needed God, opening paths to indifference, rebellion, and idolatry.

The Torah’s antidote to these spiritual temptations of prosperity is v’achalta v’savata u’verachta– precisely at the moment of satiety when a full belly might mute one’s sense of dependence on God, the Israelites are commanded not to forget Him but rather to bless and thank Him for giving them the very Land which sustains them and fills their bellies.

Appropriately enough, then, the laws of birkat hamazon require the Jew to maintain precise awareness of his or her degree of satiety. Although rabbinic law mandates recitation of birkat hamazon even after a (relatively small) olive-bulk‘s worth of bread, Biblical law requires one to recite birkat hamazon only after having eaten to satiety. Similarly, the Shulchan Aruch (1500s) rules that one must recite birkat hamazon after concluding one’s meal as long as one still feels fully satiated from one’s meal: e.g., “until the food in one’s belly is digested; i.e., as long as one is not hungry from that eating. From the time one begins to be hungry, even though [the meal] is not yet fully digested – it is considered to be fully digested.” After three different phrasings of the law, the bottom line is: if your stomach tells you that you’re still savata, satiated, you may and must recite birkat hamazon – the antidote to possible feelings of self-sufficiency that are most likely precisely that moment – so you don’t forget that you are actually dependent on God. If you’ve waited so long after your meal that your stomach tells you that you’re no longer savata, satiated, then you are no longer obligated to recite birkat hamazon and may not do so.

In rough concert with the ascendancy of accurate clocks throughout Europe in the 1600s, the requirement to directly consult one’s stomach to measure time for this mitzvah began to change. At that time, European rabbis began to measure this amount of time according to distance (the time it takes an average person to walk 4 mil [around 3 modern miles]) and time (1 1/5 hours). By the turn of the 20th century, they stated this amount succinctly, in the units that made sense to themselves and their clock-oriented flocks: 72 minutes. Nowadays, halachically observant Jews know even from a young age that they have 72 minutes to recite birkat hamazon, often without knowing what that time period signifies. The conceptual change from stomach awareness to clock arithmetic is complete.

Does it really matter whether, when deciding whether we must recite birkat hamazon, we consult our cell phone, watch, or clock to calculate whether 72 minutes have passed since we finished eating, or our stomach to see if we’re still full? I believe it does. First, modern man constantly focuses on time arithmetic and precise time measurements: train and plane schedules are posted to the minute; appointment times, to the five minutes;email timestamps, to the second; Facebook update times (“posted 4 minutes ago”), to the minute, and so on. Additionally, halachically observant Jews also mark off the moments of their religious lives in this way: 18 minutes before sunset is Shabbat candlelighting; 6 hours until eating dairy after meat; 42 (or 72) minutes after sundown until Shabbat ends; repeat Sh’ma after (say) 7:42 PM and before 9:06 AM; the list goes on.

Reducing the idea behind birkat hamazon to another bit of halachic time arithmetic masks its intended spiritual effect; namely, to inoculate the Jewish people against the potentially damaging effect of wealth on religious observance and awareness of our dependence on God’s beneficence. Given the historically unprecedented wealth of Western civilization in general and among so many contemporary Jews in particular, the indifference and/or hostility towards traditional observance among large swaths of contemporary Jewry testify loudly to the reality of the Torah’s concerns and the need for its antidote.

Additionally, replacing the satiety awareness required by savata with clock arithmetic is a lost opportunity to address self-satisfied Western man’s habit of overeating and its correspondingly high and rising obesity rates. Recent studies [1]http://www.sciencedirect.com/science/article/pii/S0091743511004634: Feinstein, M, Lloyd-Jones D, Fitchett G, Ning Hongyan, Liu K. Incidence of Cardiac Risk Factors and Subclinical Cardiovascular … Continue reading have linked religious participation in general with being overweight. Closer to home, the Orthodox Union has recently highlighted the bad health habits of Orthodox Jews, including overeating on Shabbat and other occasions. Focusing on and maintaining awareness of when we’re actually satiated – just as ve’savata and the Shulchan Aruch require – might be a good first towards learning how to stop eating. As food writer Michael Pollan puts it, a good directive for healthy eating is to “Eat food. Not too much. Mostly plants.”

In these ways and others, how observant Jews conceptualize halachic time matters a great deal. Perhaps focusing on these matters more precisely will allow our people to leap forward towards a brighter future.