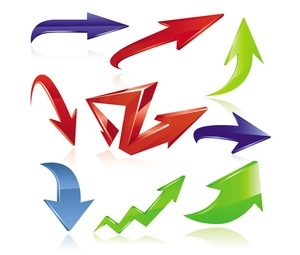 Do Pesukei DeZimra Have To Be Said In Order? 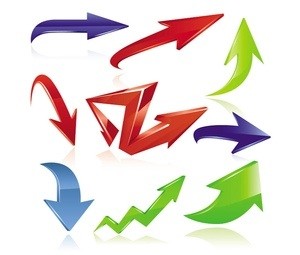 15 Tammuz: Do Pesukei DeZimra Have To Be Said In Order?

On the fifteenth of Tammuz, 1960, R. Moshe Feinstein, Iggerot Moshe Orach Chayyim 2;16 was asked about whether the order of Pesukei de-Zimra, the selections from Tanach that we say between Baruch SheAmar and Yishtabach, was mandatory. Suppose someone accidentally skipped part of that section—could s/he make it up by saying just what was skipped, or did that person have to go back and start over?

He starts by saying that he has not seen anything explicit to that effect (we can be confident that if he hadn’t seen it, it’s not in any obvious place). This implies there is no such requirement, since Megillah 17 lists those readings that must follow a certain order—the Megillah we read on Purim, Hallel, Keriyat Shema, and Shemoneh Esreh. For each of those, the Gemara cites verses to prove the necessity of reading it in order (in the case of Shemoneh Esrei, written by Chazal, a baraita says that Shimon haPakuli ordered the eighteen blessings before Rabban Gamliel, and R. Yochanan says 120 elders, including some prophets established it, in that order.)

Leaving us to assume that that which was not mentioned there, such as Pesukei de-Zimra, does not have an absolute requirement of order.

The Order of Shemoneh Esrei

For Shemoneh Esrei, Rashi is of the view, Berachot 34, that R. Asi insisted on the order of the middle blessings. That would mean if someone skipped a blessing (or mis-said it), s/he would have to go back to the beginning of the middle blessings, not simply insert the missing one. Even so, R. Moshe says, that’s a לכתחלה requirement, the way it should be done. Once someone had finished Shemoneh Esrei, for example, s/he would not have to repeat the prayer (contrary to Megillah or Hallel or Keriat Shema).

What is necessary is that the middle blessings not be said before the first three or after the last three—there, we follow the rule R. Samlai inferred from how Moshe asked to be allowed into the Land of Israel, Avodah Zara 7b, that we cannot petition Hashem before having offered praise. Rambam cites that in Laws of Prayer 1;2, where he is discussing what he saw as the Biblical obligation of prayer.

That obligation includes a basic order, praise, petition, and thanks, an order Rambam saw as necessary to well-formed prayer. R. Moshe reads Rashi as accepting that, but that his comments on the middle blessings was to say how it needed to be done, not whether we had to rectify it if something went wrong.

The Center of Pesukei De-Zimra

From the Gemara’s stopping to tell us when order is מעכב, is required and cannot be foregone, R. Moshe can infer that elsewhere it is not, even when the Gemara tells us the order in which to say it. All the more so for these pre-Barchu selections, where there is no explicit discussion of proper order. We have an order, but that might be how it developed or a convenient way of achieving unity within congregations, not an indispensable requirement.

Nonetheless, he prefers to assume there were reasons for this order, for all that those weren’t strong enough to render it an absolute requirement. Rambam Hilchot Tefillah 7;12, for example, mentions that the Sages praised a person who reads from what we call Ashrei (the Gemara referred to Tehilla le-David, which is actually how Psalm 145 starts) until the end of Tehillim, the last of what we (some of us? I?) call the Hallelukahs. (This stems from R. Yose’s comment, Shabbat 118b, that he hopes his share in the World to Come is among those who finish Hallel every day. By Hallel, the Gemara eventually concludes, he meant Ashrei and the Psalms that round out the book.)

The Rest of Pesukei De-Zimra

The rest of the verses we say seem to be a matter of custom, as Magen Avraham says in Siman 52.  That’s not to say there’s no importance to their order. Once we see that there was a bracha instituted before and after, they become a unit, and R. Moshe is sure that mystics know hidden reasons for how these scattered verses were chosen, some as preparation for saying Ashrei and the following Psalms, others, like Vayevarech David, instituted because of their inherent value.

The Magen Avraham to which R. Moshe referred was in the chapter of Shulchan Aruch that lays out how to choose which parts of Pesukei de-Zimra to say (and which to skip) if one arrived in shul late. Magen Avraham introduces the chapter by reporting Semag’s view, that only the last of the Psalms absolutely had to be said (he apparently took the Gemara’s reference to saying Tehillah le-David to the end of Tehillim as meaning jumping to the last chapter, the last of the Hallelukahs), but included in that that one had to say Vayevarech David.

That does not mean that the order of those Psalms doesn’t matter. For all that they can be skipped, according to Semag, when they are being said, they would need to be said between Ashrei and Vayevarech David. We don’t split up selections from Tanach for no reason. That suggests there is some order to these verses.

The verses we say after Baruch SheAmar (and which nusach Sfard says before), starting with the words הודו לה’ קראו בשמו weren’t in Rambam’s siddur at all. R. Moshe knows  the tradition (quoted by Beit Yosef at the end of Siman 50 in the name of Seder Olam, as I found from a Bar-Ilan search) that these were the verses recited while the morning communal sacrifice was being offered, which was why some say it before beginning formal prayer.

Since they are verses from Tehillim, many chose to say it after the bracha, which covers any and all of David’s songs. Once we’re including it, we still say it before Ashrei (which was really the cause of the bracha, since that’s the part of Pesukei de-Zimra the Gemara mentions), because it was originally said first, as the communal public sacrifice was being sacrificed.

For all that R. Moshe has offered reasons for the order of much of that section, he is still confident that if someone forgot a piece, or thought s/he was farther behind the communal prayer than was actually true, skipped a bunch and then found him/herself at Yishtabach too soon, that person should just say the parts skipped, for all that they will be said out of the traditional order.

This contradicts Mishnah Berurah 51;16, commenting on Shulchan Aruch’s ruling thatפותח את ידיך in Ashrei requires proper intent. One who did not have that intent would have to go back and recite the verse again, and Mishnah Berurah tells us that according to Chayye Adam and Levush, it wasn’t enough to say the verse again, the person would have to repeat the rest of Ashrei.

He then comments that if a person forgot, and doesn’t have time during Pesukei de-Zimra, s/he should go back after the silent prayer, say the verse and the rest of the Psalm over. R. Moshe thinks that the preference for saying things in order cannot rise to that level, that the person should be able to say just that verse and get some value from it, particularly since Ashrei is the center of Pesukei de-Zimra, it seems clear that we should want its key verse to be recited in the same section of davening. (Notice that he is comfortable disagreeing with Mishnah Berurah — remember he was born only about 65 years after the author of Mishnah Berurah, so for him, he wasn’t as mythical a figure as he became over the next hundred years—a great talmid chacham, yes, but not someone untouchable, with whom it was impossible to disagree).

While he’s lenient about the order of Pesukei de-Zimra, R. Moshe does think of it as a complete unit, such that one should not interrupt oneself needlessly. For example, he is opposed to saying בריך הוא if someone starts saying kaddish while we are in the middle of Pesukei de-Zimra. That’s because that response is not a mandated response to kaddish, is not similar to saying amen. As Magen Avraham notes in 56;8, the custom was actually to say בריך הוא לעילא, as a sign to the chazzan not to stop there (ironically, since it’s now become a stopping point).

Like ברוך הוא וברוך שמו, which has some source in the Gemara but is nonetheless not an allowed response during פסוקי דזמרה, so too R. Moshe feels that this part of the prayers is enough of a unit to preclude responding בריך הוא to a kaddish.

Practical takeaways:   Pesukei de-Zimra is ideally said in the order we find it in our siddurim. On those rare occasions when people come late to shul, there is room to skip and catch up. But if a person forgot some parts, or skips too much and has extra time, s/he can make it up just by inserting it before Yishtabach.

And don’t respond berich hu le-eyla during this part of davening!

2015-07-03
Gidon Rothstein
Previous: Free Will Over Our Thoughts
Next: Daily Reyd