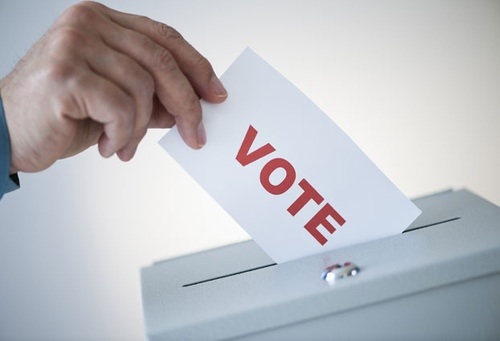 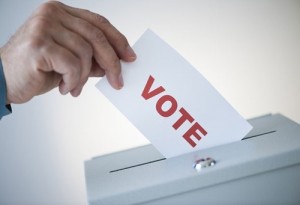 On the 22nd of Tammuz, 5707 (1947), Tsits Eliezer (3;29) responded to a request to lay out rules for who can or should be selected to positions of leadership, who votes, and related issues. Much of this, he points out, he had laid out in an earlier responsum, 2;24.

For those of us not immediately familiar with it, let’s review his main conclusions: 1) Living in a place for twelve months defines a person as a resident, although a clear intention to live there does it immediately. 2) One way to demonstrate such intent is to purchase a residence (there is some dispute as to whether that’s true for inheriting or receiving it as a present). Owning land does not confer voting rights.

If I may interject, I note that he implies that the person who buys the place of residence then lives there, raising questions about whether owners of second homes have the same rights as full-time residents. His comment about land ownership also bears further consideration, since a landowner would seem to have the right to some representation, seeing as how his/her land will be affected by communal leaders’ decisions.

Back to Tsits Eliezer’s ideas: 4) Along with residing there, the person has to pay all taxes. 5) This is true of cities as well as of religious communities (like shuls). 6) Ideally—surprising to those accustomed to Western democracy, but commonplace in halachic discussions—the system of voting should take account of both population and monetary impact (those who pay more taxes should have more of a voice in selecting communal leaders and policies). The general assumption is that half the votes are assigned by population, half by monetary contribution. Only if that’s not possible should voting be one tax-paying citizen, one vote.

7) Torah scholars, exempt from most communal taxes, nonetheless have full voting rights. 8) The voting system can be changed by the majority, or by the community’s appointed officers (even if that is only one person). Any new system becomes established after having been acted upon three times.

Vulnerabilities of the System as Described

The allowance for changing voting methods raises interesting questions Tsits Eliezer does not fully address—does he really mean that if the community appointed one person, and that person decides that henceforth only his cronies can vote, and does it three times, that’s the system? Hard to imagine, and his comments in this responsum will clarify.

He also assumes that whatever voting system is adopted should match the custom or laws of that country. If not, it will lead to strife and dissension, which might give the wealthy donors of a community a reason to donate their monies elsewhere. That tends to disproportionately affect the poor and needy, and should be avoided.

There is some communal responsibility, in other words, to maintain peace, including with the wealthy. Ra’anach 59 adds that if rules are not enforced, imposters will grab power, steal from the poor, the rich will refrain from contributing, and charity will end, with the poor dying of famine.

That’s why, Tsits Eliezer says, communities and their leaders have always been concerned that members feel well assured their voice is heard, accept election procedures as transparent and fair, and are confident that their leaders are working for the best outcomes for the whole community. In following their methods, we fulfill the verse “she’al avikha veyagedkha, zekeinekha veyomru lakh, ask your father and he will tell you, your elders and they will say it to you.

A different view of how to select leaders emerges from the writings of two sixteenth century authors, Maharashdam and Torat Chayyim, and Tsits Eliezer responds to their views to defend his own. The former, in Orach Chayyim Responsum 37, said that the Torah’s declaration that we follow the majority only applies when the disputants are of equal stature or qualifications. But when it comes to choosing a cantor, rabbi, or other communal functionary, a more qualified person has greater sway, even one against a thousand. He adds that wealth is close to wisdom in this regard (meaning: if the community has to make a financial decision, the wealthy are likely better at that than the poor, since they have more experience with money).

Torat Chayyim 2;40 ratified that view, pointing to Salonika, where the wealthy always occupied the top communal roles, advised by Torah scholars, paying little attention to the impoverished masses. Torat Chayyim says that’s the only logical way to do it, because most of what those communal leaders handle is questions of expenditures, and people o financial expertise and experience are more likely to be the ones who can handle that well.

Tsits Eliezer questions those conclusions. He notes that the earlier rabbi cited Yevamot 14a for support. In the course of a discussion we need not review here, the Gemara suggested that Beit Shammai saw themselves as more halachically authoritative than Beit Hillel because they were sharper—more adept at halachic reasoning. For Maharashdam, that showed that capabilities do affect whether we follow simple majority or not.

Tsits Eliezer finds the proof problematic, since we don’t follow Beit Shammai, and a Heavenly Voice said we don’t. Tosafot in two places says the point of the Voice was to refute the claim that we would follow the more intellectually gifted.

Which is how we rule, Tsits Eliezer notes.

There is some countervailing evidence Maharshdam’s way, such as Sefer haChinuch 78, who says that we follow the majority only when the two sides have [roughly] equal Torah knowledge, and Ramban to Sanhedrin who quotes R. Hai Gaon saying that if one of two sides gives a better reason for its view, we follow that side.

Tsits Eliezer, however, thinks the other sources outweigh these. In addition, he reads Ramban as calling only for re-checking, to be sure we give proper consideration to the view advanced by the more learned minority, but not that that minority could on its own hold sway.

Were we to grant all of Maharashdam’s claims about Torah wisdom, Tsits Eliezer further notes, that wouldn’t translate to money as readily as he assumes. More, Maharashdam had written that it’s not a pleasant path to accept the views of ninety poor people when it counters the views of ten wealthy people, but the reverse isn’t any better. Because a person is poor, his views don’t count, asks Tsits Eliezer?

He quotes another sixteenth century work, R. Yitzchak Adarbi’s Divrei Rivot 224, who says that all communities appointed leaders from each of the financial classes, upper, middle, and lower, to ensure that everyone would be represented. Chatam Sofer agrees.

Perhaps, Tsits Eliezer suggests, Maharashdam meant in a situation where the wealthy people are advocating the obviously correct solution to the problem, similar to a Mishnah in Pe’ah that speaks of listening to one person in the face of overwhelming opposition when that one person asserts the truth.

That doesn’t solve all the problems, because he had also referred to accepting the rulings of the 7 tuvei ha’ir, the traditional leadership of a community. The problem being, Tsits Eliezer says, that they were selected for that purpose by the community as a whole.

A possible other answer, from the book Lechem Rav, by the author of Lechem Mishneh on Rambam, is that for general matters we poll all communal members, but for areas where special expertise is involved—such as finances—we would assign representation based on wealth. Tsits Eliezer adds that Maset Binyamin 7 understood that all communal members would vote for those who would select the city’s leaders, a kind of in-between way of working it, in that the people don’t vote directly for their leaders, but they do all have a say in the process.

Tsits Eliezer closes by reiterating his understanding that—barring some well-established custom otherwise—those who have not fulfilled their financial obligations do not have a say.

What he leaves still somewhat murky is how we balance the desire to offer representation to all with the reality that some are more qualified than others to weigh in on issues that arise. Maharashdam took a seemingly extreme position, but he was pointing to a legitimate concern, that many important issues are beyond the capabilities, experience, or insight of those who would like to weigh in on them. Divrei Rivot’s solution—having representatives from all sections of the community—seems like a good one, but it will still run into problems when the issues needing to be dealt with outstrip the insight of the elected leaders.

A continuing concern, for communities and polities of all sizes.