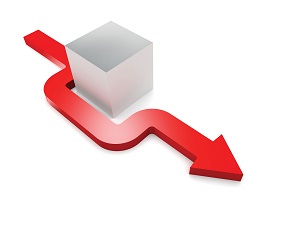 More than a century apart, R. Ezriel Hildesheimer and R. Eliezer Waldenberg wrote responsa with a 17 Sivan date, each one about suggested ways of circumventing Shabbat prohibitions.

R. Hildesheimer’s responsum, Shu”t R. Ezriel Hildesheimer 1;Orach Chayyim 42, responds to a question about heating liquid on Shabbat. The questioner, R. Shlomo Dov Filstein, a rabbi in Odessa, argued for various ways to allow submerging a container of cold liquid into a larger container of hot water. 17 Sivan 1874, he opened with a question as to why R. Hildesheimer had ruled that leaving the top of an item unsubmerged was insufficient to avoid problems of hatmanah, the prohibition against surrounding something with heat on Shabbat.

The questioner suggests that unless the item is completely surrounded, it should be ok, which would allow submerging it to the point that the top is the only part not covered by the water. Tthis depends on what we assume about a case in Shabbat 38b-39b, where the people of Teverya ran a pipe through their hot springs, in order to get hot water on Shabbat—the questioner assumes the pipe was fully submerged, R. Hildesheimer less so. He notes that the language of many rishonim is unclear, but that in the case of the pipe of Teverya, Tosafot speak of it having walls all around, but imply that if it is completely uncovered on top, that should be sufficient as well. Just having a cover that isn’t submerged, though, would seem to be a problem.

The pot in question contained some kind of liquid, and the goal wasn’t to reheat the food so much as to warm it enough that it wasn’t cold. Each of those raises issues. There is some debate as to whether liquid, once cooked, can ever lose that status. Dry foods, such as vegetables, meat, and chicken fall under the rule of אין בישול אחר בישול, that once cooked, there is no halachic concept of cooking them again. That doesn’t always mean it’s always allowed to reheat them, but it removes one barrier, because that reheating will never be cooking.

With liquids, R. Hildesheimer had assumed that if they cooled off completely, reheating qualifies as bishul, cooking, and the questioning rabbi wondered at the piling on — if the problem with putting one container into another is hatmanah, there’s no need to raise cooking (submerging foods in hot environments is an hatmanah problem even if there’s not cooking). And if it’s the cooking that concerns us, there’s no relevance of the hatmanah and Teveryah precedents.

The questioner hints here, and says later in the question, that he’s not sure we rule that way; he thinks we might hold that liquids, too, do not have a possibility of re-cooking.  R. Hildesheimer points out in the notes that Shulchan Aruch rules that that’s not true, that liquid that has fully cooled is no longer considered cooked, and recooking it would be considered an act of cooking.

Ridding Cold Rather Than Warming

The questioner now adds that the central discussion of putting cold items into hot ones appears in Shabbat 40b where Rebbe (R. Yehudah haNasi) allows putting cold items into a kli sheni, a container of hot food or liquids that was never on the fire.  For example, if one takes water out of an urn that’s plugged in or on a flame, the container into which the water is put is a kli sheni.

That allowance, which implicitly prohibits doing this in a kli rishon, is recorded in Orach Chayyim 318;13, and ignores problems of hatmanah (Taz assumes because some of the pot is left outside of the heating environment), or because some opinions (such as Rashi) permit placing items in an environment where they could eventually cook if the purpose is only to remove or reduce the cold (defrosting, for example, or placing an ice cream container near heat only to melt it enough that we can get the ice cream scoop in, to take some of it out).

Others, such as Rif and the Geonim, had a different text of the Gemara, and held that even removing the cold is an act along the way to cooking, and therefore prohibited.

While Rashi might therefore allow putting such items into a kli rishon (as long as it’s not fully covered), others would only allow a kli sheni, since that’s no longer an environment of cooking. Even there, they do require that the hot parts not be hot enough to burn one’s hand, since then there is a protective ordnance against warming items, since we might come to heat them.

The upshot of all this, for the questioner, is that it might be allowed to reduce the cold of a liquid that had been previously cooked by submerging its container into hot water in a kli sheni (and if it hasn’t cooled completely from that previous cooking even a kli rishon; here, however, R. Hildesheimer says that not having cooled completely actually means still being יד סולדת בו, hot enough to burn a person’s hand, which would seem to make it impossible to be submerging it only to reduce some of its cold), while leaving the top out of the water to avoid an hatmanah issue, there is room to do it.

I’ve noted most of R. Hildesheimer’s comments along the way. His final note conveys his attitude about the whole discussion: He wonders how we define necessity, the standard R. Filstein had suggested for when this leniency might be applied. For one who is ill or healthy? Then he adds his surprise at R. Filstein’s comfort with ruling against the Shulchan Aruch.

One halachic authority showing another why his innovative idea does not hold as much water as he thought.

Tzitz Eliezer on Adding Water to a Humidifier on Shabbat

Over a hundred years later, 17 Sivan 5747 (1987), Tzitz Eliezer 18;12 was asked about adding water to a humidifier on Shabbat (I think it’s a humidifier—it’s described as an air cooler, with a fan inside, which by pouring water into it, the fan blows out cold air). The questioner raised issues of zoreh, spreading things to the wind, and melaben, cleansing the layer of straw (in our humidifiers, it’s a filter) by applying water to it.

Tzitz Eliezer notes that the questioner had already explained why neither of those should apply. He uses the common phrase שאלת חכם חצי תשובה, that when a wise person asks the question, much of the answer is embedded in it. While that might have meant only that an astute enough question answers itself, in responsa literature it often refers to the fact that questioners did not content themselves with raising issues, they showed they understood some or all of the halachic principles at play, offering their insights and asking for a reaction.

Tzitz Eliezer agrees that those two issues are not relevant, but prohibits doing it because that layer of straw (where the water gets deposited) is muktzeh, not allowed to be moved on Shabbat, since their purpose is one that we ourselves cannot do on Shabbat. Adding water to them moves them as well, and that is a violation of the rabbinic decree that we cannot move muktzeh items.

His source (it is not immediately obvious, since the straw doesn’t move all that much, it mostly stays where it is) is Magen Avraham 321;5, who prohibited pouring water on meat even on its third day (this is a side issue still relevant in our times—kosher meat has to be salted, and the Geonic tradition was that it needed to be salted within three days of having been killed, otherwise the salt dries inside the animal and can’t really be removed any more. One way to extend that three day period was to wet the meat, keeping the blood moist and therefore removable by salting).  One of Magen Avraham’s reasons is that the meat is muktzeh (since we have no use for it until its salted), and we cannot cause muktzeh items to move even if we don’t touch the actual items.

Tzitz Eliezer adds that Chazon Ish Orach Chayyim 41;16 had argued that any item we tend not to move becomes muktzeh and we cannot get any benefit from interacting with it on Shabbat. Chazon Ish’s example was a candle, where the actual muktzeh is the flame, but since the whole candle is an item we leave in one place and don’t generally move, the whole candle is muktzeh. The humidifier also isn’t generally moved, other than to add water. For Shabbat, that’s muktzeh.

There’s a bit more back and forth, but that is his conclusion, which seemed to me interestingly in line with R. Hildesheimer before him, in that both are being asked about ways to act in non-Shabbat ways on Shabbat, either to submerge food into hot water in ways that hadn’t been done before, or to add water to humidifiers.

In both cases, the meshiv, the respondent, turned down the reasons and stuck with tradition. That’s not always true of either of these men, but it was on the 17th of Sivan.