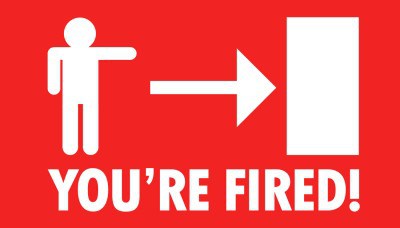 The Financial Responsibilities of False and Broken Promises

8 Tammuz: The Financial Responsibilities of False and Broken Promises

Education is a profession that is more location-sensitive than most, particularly Jewish education. Especially outside the New York area, educators who leave a job often have to move. It’s one of the reasons educators might cling to a job even if it’s not going well.

R. Moshe Feinstein, Iggerot Moshe, Chosen Mishpat 1;37, dated 8th of Tammuz, 5723 (1963), responded to an inquiry about how to handle a situation where an educator had been removed, had then moved, and the parties could not agree on the details of their separation agreement.

Rav Moshe opens by saying he’s not clear on the facts, and will deal with the various possibilities. It seems the teacher claimed the principal told him the school would pay relocation costs as long as he left without a lawsuit. If the other side agrees that that’s what happened, they have to pay.

He rejects their claim they were insincere, were saying only what it would take to get him to go. While there are instances of the halachic right to make an insincere to lure someone to a certain course of action, that’s when that person is obligated to do that anyway (such as promising money to a brother-in-law to perform halitzah, to free the widow to remarry—we do not then have to pay the promised fee). This teacher had no obligation to give up his job, certainly not without a lawsuit.

They also claimed there was never a formal act to solidify the agreement (a written contract, a handshake), so they were never committed. R. Moshe rejects that as well; the ability to back out by virtue of lack of formalizing act ceases when one side has lived up to the deal, especially here where the teacher can no longer bring a lawsuit. If they promised relocation costs in exchange for leaving quietly, once he left, they can’t pounce on the lack of an act of acquisition.

Matters complicate if it turns out the principal made commitments he did not have the authority to make. The principal said the laypeople would pay it, without their having committed to that, and had not made himself a guarantor of that claim. This is a situation called garmi, the principal having indirectly damaged the teacher, since his words led the teacher to act in a way that lost him the right to bring a lawsuit. We generally assume the obligation to pay for damage of garmi.

It is similar, R. Moshe says, to Rema’s ruling in Choshen Mishpat 129;2, that if a person falsely assures a lender of a borrower’s trustworthiness, that person becomes responsible for a default. That’s not because he’s a guarantor, but because the loan is based on his recommendation; the recommender’s inaccurate information caused the lender damage, for which he is responsible.

Indirect damage is only payable if the damage was certain, however (such as an insolvent borrower taking out a loan s/he could not repay).  In our case, there’s only certain damage if we could be positive the teacher would have prevailed in court.

Perhaps the teacher could claim the courts would have pushed for a settlement, meaning he would have defninitely gotten some of the compensation he sought. Whatever amount could be considered definite damage, the principal would be liable for that amount.

Was It a Lie? Did It Damage Him?

That would have been the ruling if we knew what the principal did. In this case, the principal (none of the sides here comes off sounding squeaky clean, I have to say) claims he committed only to bringing up the issue of moving costs with the lay leadership. He did, and they decided against paying it. If that’s so, there’s no need to obligate the principal in an oath, let alone money, since we don’t force people to pay in such doubtful situations.

The writer, R Nota Greenblatt, had suggested also that the money was not owed because the teacher had found success in his new position. R. Moshe takes him to mean that perhaps there were no damages because, after the fact, the move turned out to be a net positive. We do have an halachic principle that if someone acts to damage someone else, but no damage occurs (even by a miracle), the aggressor is not required to pay.

However, we judge that by the moment the act occurs—if later events turn this into a net gain, that doesn’t change the fact that when it occurred, it was an act of damage. (If a person pours red paint on another’s valuable painting, and the market later comes to favor damaged paintings, that doesn’t change the original act, at least not in terms of payment for that damage).

Nor can the school people claim that in hindsight it was not damaging, since it might be only that Hashem has helped him—the act was an act of damage, just that Hashem helped him in the new place such that it became overall a positive economic move.

The idea that what seem like losses at the time count as losses for these purposes comes up also in a situation in Baba Kamma 116 and Rema to Choshen Mishpat 264;3, where two people’s items are in the process of being lost (a ship goes down, the cargo is the only concern).

One person’s property (Reuven, say) is more valuable than another’s (Yehudah), enough so that Reuven promises to reimburse Yehudah if he’ll help recover Reuven’s items. They do, and when they’re done, they find that Yehudah’s possessions have washed ashore on its own. Obviously, Reuven will deny his need to pay, since Yehudah has his property. But the halachah is that since he made that commitment when it was clear to all that the property would be lost, the miraculous turn of events does not alter the financial arrangements they had made.

The New School and Moving Costs

The teacher had apparently also thought he agreed with the new school to cover his moving costs (these costs were clearly significant to him, a reminder of the poverty of educators, particularly back then). He claims they promised moving costs at the same time that they agreed on a salary; if that were true, R. Moshe says, there is no need for there to have been a formal act to seal the agreement, since it was rolled up in the negotiations over salary.

If it was a later thought—they agreed on salary, signed or shook hands, and only then did he raise the issue of moving costs—then it’s a new topic, and would require a formalizing act to become obligatory. A principal’s personal guarantee wouldn’t make any difference.

Nor does it matter, R. Moshe closes, that after a bit of time in the new place, the teacher switched to yet another job, since the moving costs were offered (unless otherwise stipulated) as part of the salary for whatever time that teacher taught in that school.

Letting employees go comes with many complications, particularly if relocation is on the horizon. R. Moshe’s responsum gives us a sense of how to deal with those, and of the power of halachic reasoning to extract guidance from sources that address topics at hand less than directly.