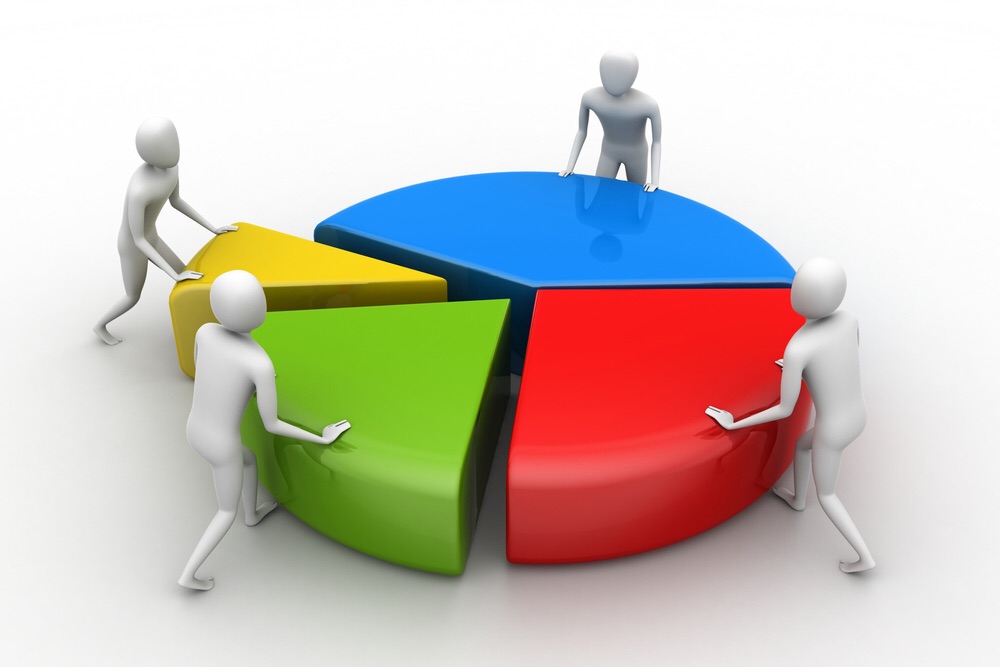 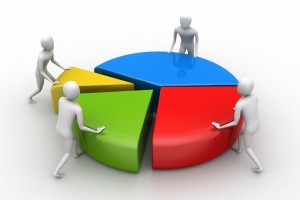 On the eighteenth of Adar Sheni, 5562 (1802), a fire broke out in a certain town, destroying many Jews’ businesses and houses. Funds were raised from near and far, and the community turned to Chatam Sofer for advice on how to apportion the money (like the work Kenneth M. Feinberg did as Special Master for the September 11th Compensation Fund). He recorded his answer in Chatam Sofer 2 (Yoreh Deah) 239.

He starts by noting there is no actual Torah law on this, that he will offer (with God’s help, which he invokes and prays for) his understanding of how Torah principles and human logic can inform our thoughts on this situation. That valuably contrasts with those today who claim that halachah has a well-established answer to any situation. Chatam Sofer will rely on halachic facts to help arrive at his opinion, he himself is clear the sources do not dictate this answer, they are only the best way he could see to apply existing halachic principles to this situation.

How Little Is Considered Poor?

He starts with the comment of the Mishnah at the end of Peah, that anyone with 200 zuz may not glean with the poor. That number is what it took to support a person for a year; if so, this person has no current need to glean, since s/he has enough to last until the next harvest (note the assumption that one has to draw down all one’s assets before taking advantage of this aspect of the halachic social safety net).

Yerushalmi there notes that monies set aside to pay debts that are not immediately collectible—such as a wife’s ketubbah, which does not come due unless the marriage dissolves by divorce or death—are not included in the 200 zuz. That is, if the ketubbah or a long-term loan is for 1000 zuz, and he has that set aside, with less than 200 zuz left over, he could still glean.

That’s for non-investment assets. Someone who has fifty zuz but uses them to generate income can also not glean, because that’s enough seed money for a business that will support him. Chatam Sofer first notes that the Mishnah placed the question of money set aside to pay off a debt in the context of money that is not being invested—in the latter case, he thinks, the money for the loan should count as part of the principle, since he plans to use it to generate more.

Chatam Sofer infers that the Mishnah expected people to make three times their money each year, apparently, since fifty zuz was enough to generate 150, enough to carry the poor person over to the next year. To me, that’s not quite clear, since if he’s eating into principle, he wouldn’t have the fifty to make the full 150; Chatam Sofer himself says we’d have to adjust the numbers if the principle included loan-repayment money, since we’d need the business to produce enough to support the man with enough left over to repay the loan. In addition, I note that Chatam Sofer sees the Gemara assuming that one generally makes 300% profit a year, and in his own times, is confident that money invested will make it back; he seems to see losing one’s money as a rare event, which need not be accounted for in these calculations.

Those figures were not absolute numbers, either, they were guidelines for how to calculate in each era, as Semak already noted. Chatam Sofer says he therefore isn’t sure what the numbers are in his time, nor of how to treat property the woman brought into the marriage, to be returned to her in the case of marital dissolution.

He thought a person using the money to invest could use that as well, expecting to make it back and more, but others didn’t sound as if they accepted that claim.

Ketubbot 68a says we don’t obligate a person to sell his household items before he can collect charity (his bed, a chair, a table, etc.), so those don’t seem to count towards the 200. Taz argued that some of those items we now would require the poor person to sell. In the times of the Gemara, people had small tables; an expensive larger table, enough to seat all the members of the household, would have to be sold.

Chatam Sofer is not sure why, since his wife and children also count as poor people who need to have their items left with them. (Taz might say that large tables inherently have extra space, the value of which needs to be recovered and given to the creditor). Chatam Sofer suggests this might be just the way the Torah set it up, that the debtor himself gets to keep personal items, but not those of family members. Whatever the ruling with a creditor, Chatam Sofer clearly assumes items of personal use are among those needs the mitzvah of tsedakah covers (part of giving dei machsoro, restoring a now-impoverished person to his or her original standard of living).

Poor People With Other Sources of Support

He notes the consensus that people being supported privately by relatives need not sell assets. This is true even though taking that money reduces the available charity for other poor people, even perhaps other relatives of these wealthy donors, even though they do not yet technically meet the criteria of poverty.

That’s because supporting a person privately qualifies as the highest form of tsedakah, vehechezakta bo, you shall strengthen him, helping them avoid falling into the official state of poverty (forced to take public funds). Keeping a person afloat without having to turn to the community trumps even the charity needs of other relatives of these supporters.

The last piece of groundwork before his actual recommendations is that, with all that people of a certain level are allowed to seek charitable funds, the community should aim to help the most needy first (with the significant exception he has just said, that if it’s possible to stop someone from falling into the need to take public handouts, that takes precedence).

Who Can Collect From this Present Fund

Turning to the fund for this fire, it qualifies as private charity, like from relatives, because the people seeking assistance are otherwise solvent, having been hit by one particular disaster. They still pay taxes on their income, etc., just need help to get over this incident (whereas, were we to force them to use their own funds to rebuild, some or many would tip over into actual poverty). Chatam Sofer rules it is a great mitzvah to help restore them to their previous station, and that was certainly what the donors intended.

Given that assumption, he allows people to take from the fund even if they have assets or household furnishings. We also don’t require them to sell other assets now, because the market is severely depressed; to force them to sell would make them take much less than if they were allowed to wait until after the recovery.

Third, when figuring a person’s cash on hand, we do not include money set aside for near-term debts, just longer-term money as well as money being used for a person’s business concerns. It’s also true that land, even if it can’t be sold now, can be kept as payment for the longer-term loans (or a wife’s ketubbah), and then the cash on hand will count as cash.

He then gives the specific numbers for his time, which don’t matter for us. He also notes that while larger households clearly need more money, these numbers apply on average, and that’s always the way that halachah expresses itself (I think he means we are supposed to adjust these numbers based on family size).

Given the seriousness of the need, those who received small gifts from relatives can still take from this fund. But those who received more major gifts, such as enough to rebuild a house, have to account for that in their claims of losses. If the house damage was covered by a relative, for example, the person cannot include it in the list of losses presented to the community.

He has to say that because some people feel that their need for money justifies overstating their losses. For that reason, Chatam Sofer says the community should announce a cherem, that whoever receives funds has to swear they represented their losses accurately. Even if a person tried to withdraw (I won’t swear and won’t take), they’d still have to swear. Entering the process meant you had to back up your words with an oath.

The Three Groups that Receive, and How Much

At that point, the poor should be divided into three, by level of poverty. Each person’s damages have to be divided between essential needs—a house and furnishings—and less so. The needs in that second group will be evaluated at half the value the person said.

That’s for the poorest of the poor. The second level poor will take 2/3 of their most pressing needs and one third of the less pressing ones. The highest level poor, by that same logic, will take a third of his needs in the home and furnishings category and 1/6 in the second category.

Those who are taking these funds, even those among them who ordinarily pay communal taxes, would not be required to contribute to rebuilding communal buildings, such as the roof of the synagogue, and the slaughterhouse (a communal need in those times, since the butcher was often a community employee, not a private businessman).

Damaging a House to Save a Shul

There was a widow whose home shared a wall with the shul. When the communal leaders saw the fire approaching, they decided to destroy the shul roof (made of wood, flammable and inflammable at the same time). When doing so, they damaged her roof as well. The community didn’t want to pay her back, claiming that had they not damaged her roof, it would have burned anyway, so they don’t need to give her extra compensation, just the same as what anyone whose roof was damaged would get.

Chatam Sofer rejects that. Granted that people are allowed to save themselves by damaging others’ property, they then have to comensate the person. Her roof was not yet on fire, giving no legally admissible claim that it would have been ruined anyway, since Hashem might have prevented it at any point. Chatam Sofer therefore rules she should get money for a minimal roof (of wood, not straw) from the communal pot before the other claimants begin to collect.

As he said at the outset, much of this isn’t quite established law, it’s his version of a reasonable way to handle a sad and difficult situation, recognizing various needs, financial limitations, and doing his best to see how everyone could be helped in meaningful proportion to their needs.

When someone like Chatam Sofer does that, it’s worth paying attention, and is always an enlightening learning experience.