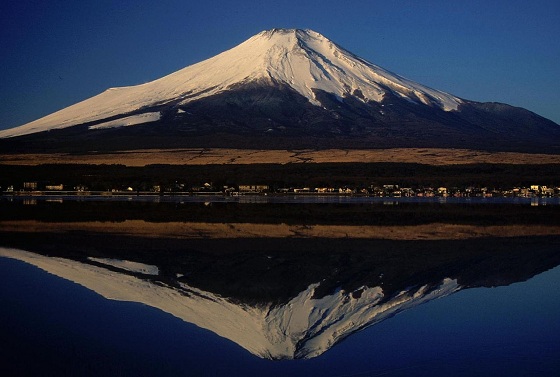 Why Weren’t the Non-Jews Under the Mountain?

Judging from the sources in the Talmud, there is more than a tinge of ambivalence about the non-Jews being left out of Matan Torah. Though the Talmud was written in the context of a nascent Christianity that preached a gospel to all men, it was likely more than this that prompted the rabbis to justify the Torah being given only to the Jews: If Judaism’s message is directed to all of mankind as many passages in the Bible would indicate, then why shouldn’t the Torah be given to all men?

Appearing in several places in rabbinic literature, the most famous explanation given for why the Torah was exclusively given to the Jews is that God, in fact, also offered it to the non-Jews and was refused. In some versions of this, the non-Jews essentially claim that it is too hard for them to comply with. A lesser known explanation, however, is found in Beitza 25b (see Ideas 131), which says that it was actually as a result of the Jew’s stubborn nature that God specifically gave them the Torah. The implication of this is that the Jews that were so problematic as to need many extra laws to keep them in check. [1]That is, at least, how the passage is understood by Meiri. A similar understanding is found in Ben Yehoyada and is implied by Rashi on Ein Ya’akov. See also R. S. R. S. Hirsch on Shemot 34:9, … Continue reading Many commentators view these two traditions as contradictory and commonly suggest a solution by way of a third rabbinic passage: In Avoda Zara 2b, the gentiles complain to God that they were not given the Torah, at which point God reminds them that he did offer it to them and they refused. But here the Talmud explains that the complaint was not that he didn’t offer them the Torah at all, but rather that he didn’t force them to accept it as he did with the Jews. (This refers to another famous rabbinic passage wherein God suspended Mount Sinai over the Jews, threatening to drop it on their heads if they didn’t accept it – a proverbial offer they could not refuse!). Hence, this is why the sages in Beitza had to give a reason for the Jews alone receiving the Torah – they meant to explain why is it that only the Jews were coerced into receiving the Torah.

Pnei Yehoshua (Rabbi Ya’akov Yehoshua Falk) continues along these lines to explain that the stubborn (really determined or brazen) nature of the Jews is actually the reason that it made sense to force them. He explains that it was only due to the characteristic determination of the Jews, that they would subsequently look into and delve into the Torah they received by force, and eventually accept it voluntarily (as the sages say subsequently happened). Pnei Yehoshua then writes that a coercive acceptance of the Torah, if it doesn’t move beyond that, is ultimately pointless.

In this original understanding, Pnei Yehoshua connects the highly charged issue of chosenness to an equally challenging topic, the problem of religious coercion. About the latter, it is well known that the most important of John Locke’s three arguments against religious coercion was that religion held by compulsion is of no value. [2]Though Locke allows for the exceptionalism of ancient Israel, this really doesn’t touch on his vision of coerced religion’s actual value. While Pnei Yehoshua here could be understood to be in agreement with Locke (who lived at the same time), this would not be correct. For the latter, though coerced religion is of no ultimate value, it is of extreme instrumental value. According to Falk, if coercion can eventually lead to voluntary observance, it would not only be legitimate but absolutely necessary. Hence, God doesn’t forever wait for the Jews to come to a voluntary acceptance of the Torah but rather coerces them into accepting it, thereby bringing about their engagement with it.

What is interesting is that such a process, dependent on Israel’s persistence – according to Falk’s reading – only works for the Jews; something which brings us back to our original question. For if coercion seems to be the only way to bring about the prerequisite engagement that leads to voluntary compliance, how can we ever expect the non-Jews to voluntarily comply with God’s will?

Perhaps the answer is that in this respect the Jews are to the non-Jews as God is to the Jews. What I mean is that the Jews are made the agent to bring about an engagement of mankind with God’s will, an engagement that can eventually lead to voluntary acceptance. [3]This is in fact the suggestion largely made by Prof. Yehuda Gellman in his recent God’s Kindness Has Overwhelmed Us (Boston: Academic Press, 2013). But just like God cannot coerce here, so too may not the Jews. Since, as mentioned, coercion of people who don’t have the persistence to work though that which is coerced is a dead-end.

It appears, however, that if it is impossible to get the ball rolling without some coercion, this is only true before the ball actually gets rolling. And so the coercion of the Jews can get the balling rolling for non-Jews as well – once the Jews are involved with Torah and accept it, the Torah and its highly unusual people pique the curiosity of all those who come into contact with it. While certainly not coerced, the non-Jews are nonetheless no longer free to ignore it. And the march of Western history has shown that, like it or not, the Gentiles have had to respond to the call of the “God of the Jews.” (Commonly, an objection is made that if this is true in the West, it is certainly not apparent in the East. I am not a prophet and cannot claim to know the direction of history, but I wonder what it means when South Korea requires all of its students to familiarize themselves with parts of the Talmud and that a book by a rabbi called The Wisdom of the Talmud has become a perennial best seller in Japan.)

This is also why Avraham’s mission of converting all and sundry needed to be circumscribed. And that is exactly what happened when God gave his descendants a much more restricted and localized Torah. While Avraham did not suspend a mountain over the heads of those he brought over to his pre-Torah brand of Judaism, his charisma was just as compelling. And compulsion even of this variety remains compulsion. In this respect Avraham and his early descendants had gotten it wrong, at least for the long term. For in an ultimate sense, Falk and Locke understood that which the sages indicated long before them; that religion compelled is, in many respects, no religion at all. [4]These thoughts work well with an exact reading of a line in Beitza that even Pnei Yehoshua has difficulty explaining. The Talmud claims that the “religion” (dat) of Israel was like fire … Continue reading