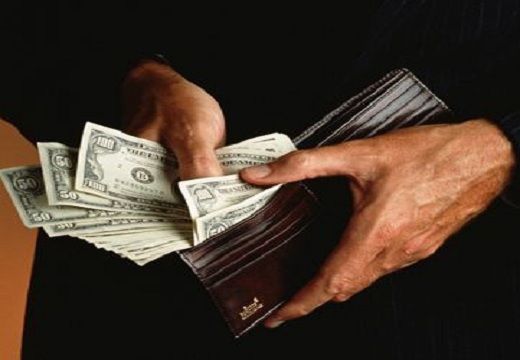 Spending Our Money To Save Others

Posted by: Gidon Rothstein in Responsa May 29, 15 5 Comments

10  Sivan: Spending Our Money To Save Others

What are our financial obligations when it comes to saving others’ lives?

That’s the question Avraham S. Avraham (a noted doctor and Torah scholar, who was close with R. Shlomo Zalman Auerbach and author of Nishmat Avraham, an authoritative collection of volumes on medical halachah) pursued with Tzitz Eliezer (19;2) right around Shavuot of 5750 (1990). His question is dated erev Shavuot, and the response written on the 10th of Sivan.

In their in-person conversation, Tzitz Eliezer had cited Yad Ramah (R. Meir haLevi Abulafia, late 12th, early 13th century Spain), holding that the rescuer need not spend his or her own money saving the other person (that has many practical applications, such as indigent patients showing up at a hospital or doctor’s office—we might recommend treating and helping them for several reasons; the question here is whether the specific mitzvah obligation to save another Jew’s life, includes the requirement to spend one’s own money).

In his letter, Dr. Avraham wondered at that, since he had recently seen Rosh in Sanhedrin, who started out by saying that the one rescued had to repay any expenses incurred. While that accepts the premise that the fundamental monetary responsibility rests with the person rescued, it also assumes that the rescuer has to spend money up front, just with the expectation of repayment. That the rescuer pays and then recovers money if possible, cited in Kessef Mishneh to Laws of Murderers 1;14 and in Chavot Yair 146, does not seem to change if we know the person in danger cannot repay. Chavot Yair calls that the view of all halachic authorities.

Tzitz Eliezer disagrees with how far Dr. Avraham took Rosh’s idea. Rosh was focused on assigning the main financial obligation, making clear that the rescuer did not have to use his or her own money to rescue a fellow Jew. The proof is that in the case of a rodef, where one person is chasing another, with intent to kill, if the potential victim damages others’ property along the way, he’s required to repay. Were the halachah to be that Jews have to save fellow Jews with their own money, the damage the chased person causes while fleeing would be covered by that.

It is true, then, that a rescuer has to spend money even if he knows he won’t be repaid, but no more than we generally spend on mitzvot, which is no more than a fifth of our assets (Rema to Orach Chayyim 656 says this regarding a lulav and etrog, and it is often taken as a general principle—Rema actually says one need not spend “הון רב, a great fortune,” with a fifth being the outermost edge. Incidentally, that’s part of what bothered me about the movie Ushpizzin, that someone destitute, living off a kollel stipend, would spend a fortune on an etrog).

The mitzvah in this case is לא תעמוד על דם רעיך, do not stand by while your brother is being killed. While that sounds like a prohibition, where halachah requires us to spend all our money to avoid transgression, this prohibition impels us to act, making it more like a commandment, limited to a fifth of our assets. Tzitiz Eliezer doesn’t say this explicitly, but I think he assumes that had the mitzvah placed the central financial obligation on the rescuer, there would be no financial limit, since the mitzvah is to do what it takes, financially and otherwise, to save endangered people. As opposed to other mitzvot, where the assumption is that they are relatively easy to procure. Should that prove untrue, halachah developed the one-fifth of assets standard.

But if the mitzvah inherently assumes sometimes great financial cost, that’s part of the mitzvah itself. Once we know that the obligation to save others doesn’t reassign financial responsibility, we go back to the usual one-fifth standard.  This is more explicit in Tosafot haRosh to Sanhedrin 74, where the focus is the obligation of the person saved to repay.

Chavot Yair 146 points to Rosh as differentiating saving others from honoring parents, because the latter is obligatory only with the parents’ funds. If the parents have no money, the child is not obligated at all (technically; there are plenty of reasons a child should perform the acts of honoring a parent—ensuring they’re clothed and fed, that they get out regularly—as well as the broader honor due the parent, even if the parent does not have the money). Rosh’s comment showed Chavot Yair, Tzitz Eliezer says, that saving others isn’t quite like that, that while it’s the person being saved who needs to pay, if s/he has no money, the rescuer does have to pay some.

He adds, in parentheses, that had Chavot Yair seen Yad Ramah, he might have stayed with his original perspective, that the one saving the person need not spend his or her own money. To support that, he notes that Chavot Yair 165 contrasts saving the other person’s life with saving the other person’s money. For money, even if the one at risk is paying, other Jews are not actively obligated to put in time and effort (it’s an act of hashavat avedah, but it’s not a complete obligation). To save lives, it is.

Clearly, then, the issue is whether the Jew has to get involved at all, not who’s paying for it. For that question, Chavot Yair seems to be assuming it’s the one in danger.

Tzitz Eliezer adds that Dr. Avraham had also asked him during their meeting about Yevamot 62a (because when two Torah scholars speak, the conversation does not restrict itself to one issue).  There, the Gemara cites 2 Melachim 20;12, which refers to a king of Bavel as Brodach Baladan b. Baladan, to prove that non-Jews have halachic lineage, that their fathers count for various purposes. The example in that Gemara was whether children born to a non-Jew before he converts count for after, such as his obligation to be fruitful and multiply, and/or whether the oldest son born to him after converting would receive a double portion of the inheritance.

Dr. Avraham wondered why, if the Torah refers to Bilam as son of Be’or, the Gemara chose this verse in Melachim?  Tzitz Eliezer writes that when he got home, he found an answer in the third volume of Tosefet HaBikkurim, that most references to a father could be simply to establish identity. Since we need to know which Bilam, the Torah tells us it’s the one known as the son of Beor. That might not signify an halachically significant father-son connection.

The king in Melachim has the father’s name within his own, so identification isn’t the problem. The addition of a father’s name shows that it was legally meaningful.

A Bit of Tzitz Eliezer’s Greatness

Let me digress for a comment on what it means to be a well-versed Torah scholar, perhaps what it means to be a gadol, a Torah giant. First, the question stuck with Tzitz Eliezer enough that when he got home, he looked into it. Second, he found it in the 3rd volume of a sefer  that I think qualifies as obscure (I was not easily able to identify it; I think it might be a work written by R. Betzalel haCohen, a 19th century rabbi in Vilna, which neither the online catalogs for the YU library or the Hebrew University’s National Library say they possess).

That means a) he had the book available to him (it’s not the first time I’ve noticed that rabbis of Yerushalayim of the 20s and 30s of the 20th century—R. Shlomo Zalman Auerbarch, Tzitz Eliezer, R. Ovadya Yosef, zt”l and others) had access to a much broader library of sefarim than I’d have thought, and b) that he knew the sefer well enough to look there for an answer.

Another solution comes from Ritva on Yevamot, who points to that second name in a different way. That Tanach recorded the fact that Brodach took his father’s name as his second name, Ritva says, shows it is an halachically true mode of identification.  Bilam doesn’t have that.

For Torah scholars, some questions have immediate and obvious (even pressing) applications, some are more academic or esoteric; but they’re all Torah.