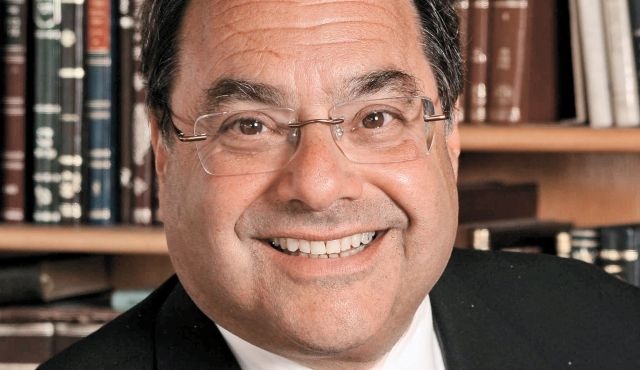 Posted by: Gil Student in From The Hashkafah Files, Magazine May 27, 15 17 Comments

If you want to know why Rabbi Shlomo Riskin is apparently being forced into retirement by the Israeli Chief Rabbinate, you have to read his recent book, The Living Tree: Studies in Modern Orthodoxy. I don’t claim any insight into the complex politics of Israel’s governmental organizations, of which the Chief Rabbinate is one. I don’t know enough to understand the power struggle that is occurring. However, in terms of ideology, I see why the Chief Rabbinate Council would express concern over R. Riskin. His book is more radical than many might expect. This is not the same Rabbi Riskin you may remember from the 60’s and 70’s.

The most surprising thing about the book is what is missing from it. On multiple occasions, R. Riskin wrote programmatic essays about what Modern Orthodoxy needs to do to succeed. These were essays full of passion, exhorting both faith in God and Torah as well as devoted observance of the commandments. While the book consists almost entirely of previously published articles, these programmatic essays were replaced with a new introduction titled “What is Modern Orthodoxy?” This introduction is a call for radical change in halakhic decision-making. For example (p. xiv):

The Modern Orthodox decisor must orchestrate the interplay between both of these directives, taking into account the guiding principles used by the sages of the Talmud in their religio-legal discussions, the meta-halakhic principles such as, “for the sake of the perfection of the world,” “in order to respect the integrity of the human being created in the divine image,” “for the sake of freeing a wife chained to an impossible marriage the sages found leniency,” “in order to provide spiritual satisfaction for women,” and “you must love the stranger and the proselyte.”

If you are familiar with rabbinic literature of the past century, you will immediately recognize that these are legitimate principles that can and have been (ab)used to overturn wide swaths of Jewish law. The essays in the book provide many examples of R. Riskin’s applications of these principles. There are two things going on here. First, R. Riskin is promoting his own fairly radical agenda, as would be expected. Second, he is setting the stage for future rabbis to make even more changes to Jewish practice according to their own understanding of what is needed, regardless of what traditional texts allow.

Another troubling trend I find in this book seems to be the result of an editorial oversight. Most of the essays were written over the course of decades, as R. Riskin’s experiences and outlook changed. While the essays were edited for consistency and maybe updated a little, the conclusions were largely left intact. Here we see a troubling difference in how R. Riskin reaches conclusions. Regarding changing the daily blessing “Who has not made me a woman,” R. Riskin writes: “I would not permit even so minor a change without the approval and approbation of several leading halakhic authorities” (p. 159). While R. Riskin advocates annulling marriages, he does not plan on doing so unilaterally. Rather, “this should be effectuated by a special Beit Din for agunot in Jerusalem with impeccable halakhic credentials who would render judgments, and rule on urgent issues of mesuravot get throughout the world” (p. 188). In his call for theological interfaith dialogue with Christians, R. Riskin repeatedly invokes Rav Soloveitchik, albeit in what I believe is a twisting of his words but at least as an appeal to an eminent authority.

However, in his essay on women halakhic scholars and judges, R. Riskin does not submit his proposal to leading authorities. The most he does is quote a responsum of Rav Eliyahu Bakshi Doron, who is alive and well and could be consulted. Instead, R. Riskin started a program for ordaining women on his own. (R. Riskin writes that his program’s first two graduates published a book of responsa that “has received much praise, and — at least to my knowledge — no negative reviews” (p. 132). We published a negative review by Rav Yosef Gavriel Bechhofer to which one of the authors responded.)

When it comes to women dancing with a Torah scroll on Simchas Torah–which I acknowledge lacks the gravity of some other issues under discussion–R. Riskin likewise does not mention consulting with other scholars. When discussing establishing a Hesder yeshiva for women–a matter of great communal importance–R. Riskin also omits discussion with great authorities.

What I see is a rabbi whose agenda has become increasingly radical. Realizing that he was engaging in activities for which he would not gain approval of his elders, he stopped asking. Instead, he moved forward on his own authority. A young R. Shlomo Riskin regularly consulted with Rav Soloveitchik, Rav Moshe Feinstein and the Lubavitcher Rebbe. When they passed away, he was no longer restrained.

In America, R. Riskin was a defender of Orthodoxy against the Conservative movement and a defender of Judaism against Christian missionaries. That is not the R. Riskin you will find in this book. Maybe in Israel he found himself in a different situation which has given him a new perspective. He now has Christian supporters in his role as a defender of modernity against Charedi Judaism. Maybe he simply underwent a personal evolution.

However, this is all speculation. Regardless of why, R. Riskin has taken some communally radical actions and created surprisingly unorthodox institutions entirely on his own initiative. Some people love him for it. We should not be surprised that others believe he has gone too far on too many issues. Whether that is cause for him to be forced into retirement I leave to his employers and constituents.