Posted by: Gidon Rothstein in Responsa May 15, 15 3 Comments 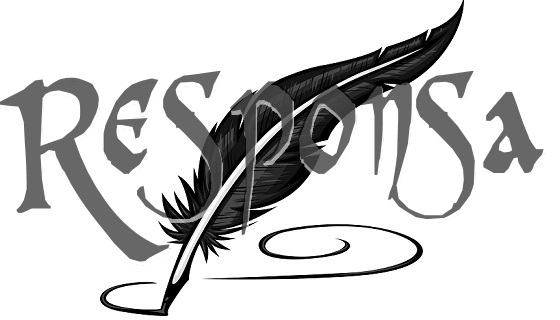 R. Yitzchak Elchanan Spektor (1817-1896) was recognized as the posek of his generation and, as  head of an important kollel, trained many leaders of the next generation. On the 25th of Iyyar, 1866 (Shu”t Ein Yitzhak, 1; Even haEzer 57), he answered the following question, dealing with a case interesting on its own but also reminds us of broader halachic concepts:

An unmarried woman was minding the counter in a store, and a man came in to buy a knife. After they agreed on the price, he took out a larger coin than necessary. She took change out and put it on the counter; he grabbed her hand, put his coin in it, recited the marriage formula we say while giving the ring under the chuppah (הרי את מקודשת לי וגו’, behold you are sanctified to me with this coin, etc.) that, and fled.

The event occurred in front of witnesses (necessary for a valid kiddushin). Since he fled, the implication seems to be that if the kiddushin was valid, she would be stuck, connected to this absent man.  The young woman claimed he took the merchandise and the change, and that she took the money only as payment for the knife. She also said she hadn’t heard what he was saying because she had other customers at the time, and that had she heard, she would not have understood what he intended, because she did not know that his saying those words anywhere could constitute the first stage of marriage.

We can’t necessarily simply believe her, because she might have other motives for now saying this. Theoretically, at the moment he gave her the money for kiddushin, it might have sounded appealing. Only later, especially after he disappeared, might she have had regrets and changed her story. This is true in many situations, such as in business deals that have gone south. What we can believe about people’s claims about the past is a repeat concern in halachah.

First Answer: We Believe Her

R. Yitzchak Elchanan is clearly inclined to believe her and, more pressingly, wants to ensure she isn’t stuck without a husband or the ability to marry. He first suggests we believe her claims that even had she heard what he said she wouldn’t have known what was going on, since Noda BiYehuda 59 and Bach required giving women a full explanation of kiddushin before a wedding ceremony.  In their time, enough women did not understand the procedures that it wasn’t clear they could give educated consent. If so, and in our case she did not know what he was doing, there was no kiddushin, because she did not actually consent.

On the other hand, Beit Yosef and Chelkat Mechokek do not accept claims that she did not understand, concerned that she understood at the time but has since regretted it and is lying. The difference among authorities makes our case a ספק קידושין, a matter of doubt (depending on whose view we follow in practice). That already eases the path to leniency, because we have some authorities already willing to say this isn’t a kiddushin. It’s easier to dismiss a doubtful kiddushin than a full-fledged one.

She also has an אמתלא, obvious support for her claim. This is another general halachic concept, that claims with some clear reason for us to believe them, are stronger than ones without, even though those claims do not have clinching legal power. Here, there were other customers in the store, supporting her insistence that she wasn’t paying attention to this man.

Changing Money in the Middle

The man also attempted to switch some money’s purpose in the middle of a transaction, from payment for a knife to kiddushin money. Kiddushin 13a has a similar case, where a man says “accept this money that I owe you,” and then, as he gives it to her, declares it kiddushin money. The Gemara validates that only if she explicitly accepts it for kiddushin.

Rashba there says that once the man characterized the money as a loan payoff, she is not required to respond or object to his attempt to change it to kiddushin; she can take it, silently, and then say, I was collecting my loan.  Had he given her the money without mentioning the loan, and  had said it was for kiddushin, she could not say (despite his owing her money), I saw it as a chance to collect my loan. But where he had said it was for money he owed her, she does not have to repeat that in the face of his attempt to change it.  Here, too, once he said he was buying the knife, that is the presumed reason for the exchange of funds, and she need not dispute his later attempt to alter the interaction.

A Double Doubt On Whether to Believe Him

Rambam and Behag, on the other hand, seem to rule the opposite, that if he says he changed his mind, her silent acceptance of the money should be seen as accepting kiddushin. R. Yitzchak Elchanan hedges that, saying that they don’t say it’s definite kiddushin, perhaps they meant that it raises the question of being doubtful kiddushin.

He harps on that because keeping it in the realm of doubt means that with another, independent, doubt, the case becomes a ספק ספיקא, a doubt of a doubt, which halachah allows us to ignore. Here, we do not know whether she heard what he was saying, because of the other customers in the store. So, too, her claim not to have understood might have some standing, qualifying as one doubt. Combined with the possibility that halachah does not allow for his changing the money from repayment to kiddushin, we have a sefek sfekah.

Helping further, much of the discussion about whether the borrower can define the money hinges on the Talmudic assumption that a lender has trusted the borrower. That trust is what supports those who say that if he changes it to kiddushin, the woman accepts it for those purposes, trusting that he’ll repay the loan another time.

In our case, there is no loan to establish such trust. In fact, she wasn’t even willing to extend credit for a purchase, and he had to lure her into extending her hand. Without trust, there’s even less reason to think she acquiesced to his switching the money to kiddushin.

He Didn’t Say the Words Ahead of Time

When Rambam and the Shulchan Aruch require active rejection of his announcing the money is for kiddushin, R. Yitzchak Elchanan restricts that to where he said the marriage formula before he gave her the money. Here, he put the coin in her hand and then said the words that might have clued her in, so that none of her actions need be construed as accepting the money for kiddushin; without some evidence, we need not see her failure to reject the money as acceptance.

This is particularly true since Beit Shmuel, Avnei Miluim and others held that taking the money only signifies agreeing to kiddushin if the couple had previously agreed they would marry.

She can also claim that had she rejected the money, he would have skipped out without paying for the knife. In protecting her financial interests, ensuring she got the money owed her, there is no hint of agreement to kiddushin.

Another weakness of the man’s claim would be that he did not begin to say the marriage formula until the coin was already in her hand. Many authorities were of the opinion that, in general, one person giving money to another cannot define or redefine its purpose once out of his possession, even תוך כדי דיבור, in the brief moment after the event. For many halachic purposes, that time is still a chance to change or rectify a mistake, but not here.

Some disagree (Beit Yosef and Ketzot), holding that if he says it immediately after it comes into her possession it is effective, but R. Yitzchak Elchanan says that we do not expect her to know that (as Shach says in other cases, we do not expect ordinary people to be aware of which of two opinions is accepted in practice), so that she again cannot have been expected to reject the money, especially given her concern over collecting payment for the knife. If she didn’t know that halachah expected her to throw the money back in order to show her refusal, her failure to do so can’t be taken as acceptance.

While in its specifics, this is a case of freeing a woman from the clutches of a scoundrel, vitally important to that woman and anyone who cares about her, the discussion shows us issues that come up in many cases.

It’s an analysis of silence or acquiescence as consent—when and in what conditions silence can be taken for consent. It analyzes when and by whom a transaction is defined. It’s fleshes out the levels of trust exist between parties to a transaction, and how that affects our interpretation of their actions. And it’s a reminder that people sometimes have to treat each other with care and circumspection, because we can’t always be sure others will act as appropriately as we would wish or have the right to expect.

When that happens, halachah works as hard as it can to protect the blameless, as R. Yitzchak Elchanan did to certify that this young woman had no obligation to worry about what had happened between her and the man who tried to foist a kiddushin upon her.

2015-05-15
Gidon Rothstein
Previous: Blessings on the Torah
Next: Daily Reyd