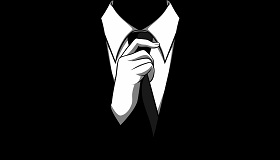 An important principle is articulated in Mishna Avot (3:11): “Rabbi Elazar Ha-Moda’i says: ‘One who desecrates holy foods, one who demeans the holy days … and one who expounds the Torah not in accordance with halakha, even if he has Torah study and good deeds to his credit, has no share in the World to Come.’”

R. Zvi Yehuda Kook would ask how one with Torah study and good deeds to his credit could not have a share in the World to Come. Moreover, since the mishna does not specify how much Torah study and good deeds this person has to his credit, it is implied that even if the person is a great Torah scholar, highly scrupulous in his observance of mitzvot, and a doer of many good deeds, he has no share in the World to Come since he demeans the holy days and expounds the Torah not in accordance with the halakha.

R. Zvi Yehuda went on to describe one who greatly respects tradition and is meticulous about fulfilling the halakhic requirements of the Seder, but considers it all the product of human intelligence. He explains that the importance of the Pesaĥ holiday and the Seder lies in the parents passing their traditions on to the next generations, imparting to them the moral principles of human liberty and a sense of mission to improve the world. The matza merely concretizes Israel’s historical consciousness, and the four cups of wine simply add a dimension of joy. Even though all of these lovely ideas are true, the central fundamental principle is missing: that God chose us from among all nations, gave us the Torah, and commanded us to celebrate Pesaĥ and eat matza on the Seder night.

R. Zvi Yehuda’s hypothetical Jew similarly honors Shabbat as a day when the family spends time together and grows closer, and when hardworking people can rest and engage in spiritual pursuits. He even adds that “Shabbat kept the Jews more than the Jews kept Shabbat.” He forgets only one thing: that God commanded us to observe Shabbat, down to its finest detail.

This is what the mishna meant by “one who expounds the Torah not in accordance with halakha.” Even though he studies it diligently, to him it is not God’s Torah but merely human wisdom, so he allows himself to interpret it any way that comes to mind. Thus he demeans the holy days; he thinks they are customs and traditions that human beings invented to give expression to all sorts of spiritual notions, thereby denying that they are God-given mitzvot of the Torah. Therefore, even though he may have studied much Torah and performed many good deeds, and he is thought of as a good, honorable man in this world – he has no connection with holiness. He has no share in the eternal historical mission of the Jewish people, and thus has no share in the World to Come.

Excerpted with permission from Peninei Halakha: Laws of Pesah 1:7

2015-03-25
Eliezer Melamed
Previous: The Meaning of Matza
Next: Daily Reyd