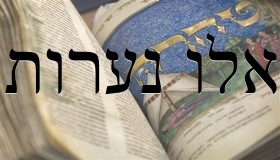 Tosafos (Kesubos 31a) record a debate about the Torah’s case of an attack that leads to miscarriage (Ex. 21:22-25). If a man attacks another man and accidentally hits a pregnant woman, causing her to miscarry, his punishment depends on whether the woman survives. If she dies, then the attacker is executed for murder. If she survives, then he has to pay damages to the husband for the aborted fetus. On the one hand, we see here a differentiation between an adult and a fetus, a living person and a soon-to-be living baby. Murder of the woman is punished with execution while destruction of the fetus is a civil crime that is punished financially.

The Talmud generally only allows for one punishment per crime, the harsher punishment (kim leih be-de-rabbah mineih). However, that is in the simple case in which an attacker commits an act on one person–he either pays damages or is flogged or is executed. The question remains open regarding someone whose two punishments are each owed to different people. If someone commits an act that causes financial damage to one person but requires flogging for the offense to another, does he only receive one punishment?

Tosafos (ibid.) record a disagreement between Rabbenu Tam and Ri. Rabbenu Tam notes that an attacker who murders a pregnant woman deserves execution for the attack on the woman and owes damages to her husband for the fetus. That is a case of monetary punishment to one and execution to another. According to an explicit verse, the attacker is only executed and need not pay damages. Therefore, Rabbenu Tam infers, even when dealing with a capital crime that incurs damages to another, when there are two victims, the court only administers the harsher punishment.

Ri disagrees with his illustrious uncle. After all, he argues, the fetus is part of the mother’s body. It is hard to consider this a case of two punishments each owed to different people because the damage is all done to the mother.

I have not found any analysis in the commentaries of these two opinions. While Ri’s point that the fetus is part of the mother’s body is certainly true, that does not change the fact that the damages are owed to the father. It seems that Ri and Rabbenu Tam disagree whether the damages are inherently financial or physical. According to Rabbenu Tam, the damage caused is financial and therefore the payment goes directly to the father, who has a financial interest in the fetus. However, according to Ri, the damages emerge from the physical injury and therefore must be considered primarily owed to the mother since her body was harmed. The father’s financial responsibility for the child makes him the recipient of the payment, but the damages paid are a function of the mother’s physical injury.

What emerges, particularly but not only from Ri’s view, is that even though the fetus is part of the mother’s body, the father still has a financial interest in the baby. When an attacker causes a miscarriage, the father is paid damages.

Therefore, I suggest, a father has a say in even a halakhically unjustified abortion. Halakhic views on abortion are complex and the weight of tradition permits abortion in many cases beyond life-threatening danger to the mother. [1]This is not the place for a discussion of the parameters and debates. See R. David M. Feldman, Birth Control in Jewish Law. A father has an interest in the fetus and therefore a halakhic right to object to an abortion. Any abortion against the father’s will is a violation of his rights. Rape is an extraordinary case, one that demands an exception, not one that determines the rule.

This raises all sorts of practical problems. What if the father is a difficult individual? What if he refuses to sanction an abortion solely to irritate the mother? What if the mother is scared to even contact the father?

No woman should ever be placed in life-threatening danger due to her husband’s or partner’s financial rights. The general rule is that you may save your life even if it causes someone else a financial loss. If someone is being chased by a terrorist, he may steal a car to escape the danger. However, after the danger passes, he must return the car and/or repay the person whose car was stolen. Danger does not permit theft.

No woman should be forced to bear a baby she did not choose to have. However, that choice begins with intimate relations. Once a man and woman join together to create a fetus, even by accident, they both have rights and responsibilities. A father who refuses to support his child is liable to pay, and a court will force him to do so. It seems from the above that a woman who aborts a fetus without the father’s consent is technically liable to pay the father for financial damages, although I cannot imagine any court enforcing this payment. But at the very least, absent extenuating circumstances, the father must consent to an abortion. Paternal notification seems a minimum required by this law. If we are going to force the father to pay for the baby, he should have a say in its pre-natal development and survival.