Why Briskers Learn Kodshim – And What It Means For Modern Orthodoxy

For a city of just thirty thousand people, the city of Brisk left a disproportionate mark on world and Jewish history. In 1918, the Treaty of Brest-Litovsk (the Belorussian name for Brisk) was signed in Brisk, ending Russia`s participation in World War 1. In 1913, Menachem Begin, the future leader of the Irgun, and iconic Prime Minister of Israel, was born in Brisk. And around the turn of the 20th century, Rabbi Chaim Soloveichik, the man who would revolutionise Jewish learning, moved to Brisk – and through that, he eternalised this small town in Eastern Europe, and blazed the name Brisk into the Jewish consciousness.

Rav Chaim, as he is known in Yeshivot, is the founder and patriarch of “the Brisker Derech,” a particular style of learning Gemara. Rather than learning with a focus on the practical Halacha, or a focus on the dialectic questions in the Tosafos style, the Brisker Derech focuses on the definition and refinement of Halachic concepts. It introduced a new type of question to the student of Gemara, one that focuses on the very definition of some of the most basic Halacha concepts. When I pay someone whose property I damaged, is that a punishment for wrongdoing or reimbursement for the lost money? When I commit a forbidden act on Shabbat, am I obligated for doing a forbidden action or for causing a forbidden result? Is a Succah that has walls that are too small an invalid Succah or not a Succah at all? Do we define the reading of the Torah in synagogue as a new mitzva or just an extension of the mitzvah of learning Torah? These new questions are more daring, and their answers more brilliant, than some of the styles that preceded the Brisker Derech.

Rav Yosef Dov Soloveichik, Rav Chaim`s grandson, compared this style of learning to the study of mathematics – one is focused on an abstract world of concepts, definitions and proofs. In his poetic way, he wrote that “Gone are the pots and pans” of the rules of Kashrut, and instead, one is transported to a world of pure concepts and ideas. In the Brisker Derech, one leaves behind the real world realities of workers, animals and property, and one is engaged in a world of abstract concepts.

Naturally, this style has developed, changed and fragmented over the past one hundred years, but we can say with some certainty that the style of Brisk is the most illustrious and dominant in Litvish and Modern Orthodox Yeshivot today. Many of the major sefarim of the last 120 years learned in Yeshivot today (Chidushei Rav Chaim, Shaarei Yosher, Kovetz Shiurim, Chiddushei HaGriz) were written by Rav Chaim and his students. Rav Yosef Dov Soloveichik, Rav Nachum Partzovitz and Rav Shmuel Rozovsky, three of the greatest Lamdanim (analytical Torah thinkers) of the post-war generation, were directly connected to the Brisker tradition. Rav Asher Arieli, Rav Aharon Lichtenstein and Rav Michael Rosensweig all continue on this chain today.

An instructive way to understand Brisk in a deeper way is to focus on what may be the most extreme branch of Brisk, the Yerushalayim branch, led by a grandson and great-grandson of Rav Chaim. The Yeshivot of Rav Dovid and Rav Avraham Yehoshua Soloveichik have a number of unique features, but one of them is that they only learn Seder Kodshim (the tractates dealing with Temple sacrifices), continuing a tradition of Rav Yitzchak Ze`ev Soloveichik, a son of Rav Chaim Soloveichik. I believe the reason why this chain of Brisk learns Kodshim runs to the heart of the Brisker Derech.

For many parts of Halacha, it simply does not seem like we are dealing with a world of a priori abstractions, divorced from the realities of this temporal world. There are so many laws in the Gemara and in the later commentaries which are explicitly based on psychological, historical and social realities of this world. The very common concepts of Anan Sahadi and Chazaka, whereby we can make certain assumptions about behaviour (for example, that people do not pay loans early), are based on facts in the real world, not abstract conceptualisations. Almost by definition, a Gezeira (rabbinic decree) is based on real world considerations of what people are likely to do. Numerous individual laws in the Gemara are based on economic and social realities. Tosfos in Gittin 14a writes that Chazal instituted a type of transaction called Maamad Shloshtan due to practical consideration, to make business easier. In Kesubos, the Gemara writes that Chazal made an enactment called Kesubas Bnin Dichrin, based on the amount of property fathers are willing to give their daughters in their dowry. In the later commentaries, we continue to see how many rulings are explicitly linked to real world realities. For example, the Geonim removed the earlier enactment of Bnin Dichrin, explicitly due to the changed social realities. In short, it is hard to learn the rules of interpersonal relations, sales, marriage, divorce, Shabbat and damages without striking upon real world realities, jarring one out of a world of ideal, a priori concepts. Halacha, in many areas, seems in fact to be very wordly.

However, Seder Kodshim is indeed a pristine, pure world. There are no enactments, no decrees, little human psychology, no economic or social realities, no development over history. Kodshim is a world where one can engage in pure conceptualisations –the relationship between a sacrifice and its libations, the distinctions between different types of meal offerings, the definition of the term Psulo BaKodesh. Kodshim is Brisk at it`s purest – an ethereal, pure world, untainted by human realities, unaffected by the exiles, qualms, desires and lives of the people studying it. It is natural that the most Brisk of Brisk will end up focusing on this area of Torah.

If Kodshim is Brisk at its purest, then the philosophy of Brisk seems almost diametrically opposed to the basic philosophy of Modern Orthodoxy. The idea of Modern Orthodoxy is surely to take the Torah and bring it to the world, rather than to take the Torah, and take the world out of it. Does it make sense to teach Modern Orthodox students through a style that is officially best at dealing with those parts of Torah that are least relevant? Is it practical to educate students to engage in the realities of this world, but teach them Torah through a philosophy that is intentionally uninterested in those realities?

Yeshivot, as institutions, are perfectly suited for Brisk – indeed, one`s time ensconced in Yeshiva is when one leaves the realities of the world and studies Torah in a “pure” setting. But after Yeshiva, in my limited experience, things get much harder. People who continue to learn whilst in university tend to be either the most dedicated or the most intellectual and theoretical, like a math major. For a student of, or someone engaged in, business, finance, social sciences and humanities, it is very hard to engage in the realities of our world but learn Torah in an abstract way.

In historical context, the Brisker style of learning might actually be the most abstract form of learning employed by Talmudic students since the Gemara was written. In the past, there were many times when areas such as Shvuot (vows) and Kodshim (sacrifices) were not studied in Yeshivot, and the Yeshiva schedule included those areas of Torah that were Halachically relevant. Today, in some sectors, the exact opposite has happened, where there are Yeshivot that only study the most abstract parts of Torah. Additionaly, in the past, even abstract styles of learning were closer to the real world than the Brisker Derech is today. Let us compare Brisk to the Baalei HaTosafos. The Baalei HaTosafos, despite being widely considered abstract theoreticians of the Talmud, nevertheless still bring in contemporary Halacha questions from their time quite often. For example, in Succah 45a, Tosafos write that the common practise of jousting with a groom is permissible, based on the Mishna in the fourth chapter of Succah. Famously, in Bechoros 2b, Rabeinu Tam discusses whether the limitations on partnerships with idolaters applies to Christians, a question which he says is relevant in his time. These are by no means isolated cases – throughout the Talmud, Tosfos discuss contemporary Halacha. One would be hard pressed to find any discussions of modern day questions in the sefarim of Rav Chaim and his disciples. Today, the distance between the study in Yeshivot and the realities of this world is as great as, or greater than, it has ever been.

Thus it would seem that both on a philosophical level, and on a practical level, there are major tensions between the stated other-worldliness of Brisk and the stated worldliness of Modern Orthodoxy. Brisk sees Torah as abstract, pure and non relevant, an approach that is best suited to those parts of Torah that are not significantly impacted by human and societal qualms. Modern Orthodoxy believes in engagement with this world, and the power of Torah to speak to, empower, and inspire this world. Where does this leave us?

I believe very strongly that we should not reject Brisk – we would simply be giving up too much in terms of brilliance, rigour and depth of our learning, as well as a connection to the recent traditions of Eastern Europe from which many of our Yeshivot emerged. However, I think a shift, to complement Brisk, is necessary in Modern Orthodox Yeshivot. If Yeshivot learning Bava Kama would generally learn in a Brisker style during the morning seder (session), but once every week or two dedicate a morning seder to learning recent responsa about related issues like credit card fraud, car crashes or sports injuries, I do not think that would compromise the high standard of learning that Brisk demands. Responsa of the Rishonim, rarely studied in Yeshivot, articles in journals like Journal of Contemporary Halacha or Techumin, are other options of high level learning that can complement Brisk. The introduction of this into Yeshiva curricula would allow students to see Torah study as directly relevant to the world in which they live – something that is important if we wish students to continue learning in a serious way.

Whatever the solution is, I believe one thing should be clear. For the Modern Orthodox community, we surely say that Torah study is a sine qua non, and we must constantly reassess how our educational system is built to facilitate high levels of Torah study at every stage of life. We would be well served to search out alternative styles that can help Modern Orthodox Yeshivot supplement the brilliance of Brisk with a form of Torat Chaim, a Torah that deals with the realities of this world. Hopefully, this will be “Yagdil Torah VeYaadira” – it will make the Torah greater, and more glorious.

Aron White is a fourth year student at Yeshivat HaKotel.

Orthodoxy and LGBTQ in a Progressive World 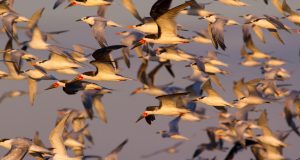 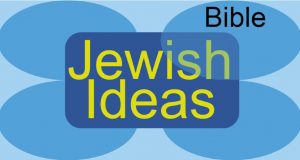 Reflections on Orthodoxy and Biblical Scholarship