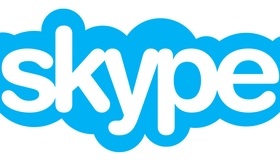 Skype is one of a number of applications that allow for online video chatting. Essentially, it enables your computer or other internet device to serve as a video phone, with which you can talk and see your correspondent while he sees you. This raises a number of halakhic issues, some of which we will discuss.

A recent book published by OU Press, with which I am associated, discusses some of these issues in a chapter on webcams. R. Dovid Lichtenstein, in his Headlines: Halachic Debates of Current Events, explores topics “ripped from the headlines” through the lens of Jewish law with great clarity and expertise. Chapter 30, titled “The Webcam in Halacha,” focuses mainly on issues of testimony and supervision, that are not particularly relevant to regular use of Skype. Two topics he raises are answer “Amen” to a blessing heard via a webcam and reciting a blessing over seeing kings and scholars via a webcam. This is a direction I would like to follow.

I. Fulfilling Mitzvos on Skype

Can you fulfill a mitzvah to hear or see something by using Skype? For example, we end Shabbos with havdalah, even though you may technically perform work after praying. Can you hear havdalah via Skype? What about the Torah or Megillah reading?

R. Lichtenstein (p. 403) quotes a debate between Rav Moshe Feinstein and Rav Shlomo Zalman Auerbach. According to Rav Feinstein (Iggeros Moshe, Orach Chaim 2:108, 4:91:4), a person can fulfill at least rabbinic obligations such as havdalah and megillah through a microphone or telephone. Rav Auerbach (Minchas Shlomo 1:9) considers an electronic reproduction of sound to be an entirely different creation through which one can never fulfill a mitzvah. As R. Lichtenstein notes, many other authorities–such as Rav Tzvi Pesach Frank and the Chazon Ish–agreed with Rav Feinstein’s position.

It would seem, then, that according to the majority of authorities, you can fulfill mitzvos via Skype. While according to Rav Auerbach, you cannot. However, the tide has changed among posekim as understanding of electricity has increased. R. Chaim Jachter (Gray Matter, vol. 2, p. 239) writes:

The majority of authorities believe that one does not fulfill any mitzvot by hearing a sound through a microphone. In particular, most mid- and late-twentieth century authorities, who benefited from a greater understanding than their predecessors of how microphones operate, reject the use of microphones for the performance of mitzvot,[6] with the possible exception of Torah reading. They argue that one hears an electronically reproduced sound over these devices, whereas the Halachah requires one to hear the actual sound of a shofar, or voice of the reader.

If that is the case, the majority of authorities would not allow you to fulfill a mitzvah via Skype. However, R. Jachter (ibid., p. 240 n. 7) adds that the Torah reading may be different. Rav Moshe Sternbuch (Teshuvos Ve-Hanhagos 1:149,155) argues that you need to hear the Torah reading, not necessarily the reader’s voice. Therefore, you may fulfill the mitzvah by hearing a microphone amplify the Torah reading. Rav Ovadiah Yosef (Yalkut Yosef, vol. 2, pp. 107-108 n. 14) rules likewise. R. Mark Dratch, in his booklet The Use of Microphones on Shabbat (pp. 31, 36 n. 51), quotes from R. Haskel Lookstein that Rav Joseph B. Soloveitchik permitted reading megillah with a microphone. Perhaps in unusual circumstances, you may use Skype to fulfill these mitzvos.

What if you hear someone reciting a blessing on Skype? Normally, you are required to respond “Amen” to a blessing and forbidden to otherwise respond “Amen” (Shulchan Arukh, Orach Chaim 215:2; 124:8). What should you do if your Skype correspondent says a blessing?

R. Lichtenstein (p. 404) quotes Rav Avraham Yitzchak Kook’s responsum (Orach Mishpat, Orach Chaim 48) regarding hearing kedushah on a telephone or live radio broadcast. [1]All references here to radio mean a live radio broadcast. Rav Kook ruled that only a shofar may not be heard electronically. While not ideal, all other mitzvos may, if necessary, be fulfilled over the phone or radio. R. Lichtenstein builds on Rav Kook’s ruling regarding answering “Amen” and suggests that: “This ruling would likely apply to a live webcast or Skype session, as well, and thus one who hears a beracha, Kaddish, Kedusha, or Borchu over a webcam should respond.”

Especially regarding “Amen,” it would seem that you should follow the practice of the Great Synagogue of Alexandria. The Gemara (Sukkah 51b) says that the synagogue was so large that people in the back could not hear. Instead, the synagogue had someone wave a flag whenever it was time to say “Amen.” Tosafos (Sukkah 52a sv. ve-keivan) explain that as long as you know what blessing is recited, you may answer “Amen” to it even if you do not hear it. The Rema (Shulchan Arukh, Orach Chaim 124:8) rules accordingly.

The Gemara (Berakhos 58b) says that if you see a friend whom you have not seen in 30 days, you recite a Shehecheyanu blessing. If you haven’t seen him in 12 months, you recite instead a Mechayeih Meisim blessing. The Shulchan Arukh (Orach Chaim 225:2) discusses a case that has renewed relevance in an age of social media. What if you have a friend whom you have never met? You are what used to be called “pen pals” and have only exchanged letters. Do you recite a blessing at your first meeting? The Shulchan Arukh rules that you do not.

Nowadays, with e-mail lists and social media, it is increasingly common to make friends without ever actually meeting. Do you recite a blessing at the first get-together, such as a “Tweet-up”? If you have even Skyped, does that count as meeting prior? Additionally, if you haven’t seen a friend–someone you know in person–in 30 days but have Skyped with him, do you still recite the blessing when you meet in person?

To this last question, there is good reason to say that you should not. The Birkei Yosef (Orach Chaim 225:3) quotes authorities who rule that you do not recite the Mechayeih Meisim if you have even heard news about your friend within the past 12 months. According to this view, which seems to be normative, the blessing is only about seeing a friend after not seeing or hearing anything about him. The Mishnah Berurah (225:2) applies this to the Shehecheyanu on seeing a friend after 30 days as well, saying that since there are different opinions, you should refrain. If so, seeing a friend on Skype would prevent you from reciting Shehecheyanu.

However, later authorities question the Mishnah Berurah‘s application of this condition to Shehecheyanu. Rav Shlomo Aviner (She’eilas Shlomo 3:83-84) writes that the Mishnah Berurah‘s words are puzzling. Rav Ovadiah Yosef (Yechaveh Da’as 4:17) writes that, with all due respect, the Mishnah Berurah is wrong. I saw in a sefer I can no longer remember the suggestion that this comment was placed incorrectly and should really be on the text about Mechayeih Meisim. Therefore, this consideration does not answer our question about Skyping.

Rav Ovadiah Yosef (Yechaveh Da’as 4:17 p. 86f.) discusses whether you should recite this blessing if you see your friend for the first time in 30 days on a live television broadcast. He quotes the Yam Ha-Gadol (24) who rules that you recite Shehecheyanu on receiving a phone call from a friend you haven’t seen in 30 days because hearing your friend’s voice induces joy. So too, it would seem, regarding seeing your friend on television or via Skype. However, Rav Yosef disagrees, saying that the blessing only applies to seeing someone in person, what the Sages meant by “seeing.” Presumably this would also apply to a friend you have never seen before, even if you have exchanged e-mails, pictures or Skyped. Seeing in person is a higher form of personal connection than any kind of social media or electronic meeting.

Rav Chaim Elazar Shapira, in his Nimukei Chaim (225:1), writes that people generally do not recite the Shehecheyanu on seeing a friend. He explains that saying the blessing for only some people and not others would hurt feelings. Therefore, it is best to refrain entirely from reciting the blessing. The Ben Ish Chai (Eikev, 14) similarly writes that the custom is to refrain from this blessing. Piskei Teshuvos (225:2) quotes others who say not to recite the blessing for various reasons. However, he adds that in exceptional circumstances where there is unquestionable joy, such as seeing a sibling or child after a long time, you should still recite the blessing.

If you Skype with your child who is studying in yeshiva in Israel and then go visit him, do you recite Shehecheyanu? Speaking from personal experience, there is a real joy in that visit even though you have frequently spoken and Skyped. I suspect that halakhic authorities will rule that you should still recite the Shehecheyanu blessing despite having communicated via phone and Skype. In the end, this is about expressing your joy to God. When that joy is unquestionable, I suspect the blessing still applies. However, I await to hear from respected authorities on the subject.

[Update: I asked Rav Shlomo Aviner whether a parent whose son is studying in yeshiva in Israel and communicates via Skype should recite the Shehecheyanu blessing on seeing him. He replied that he should.]

(As always, ask your rabbi before putting anything into practice.)