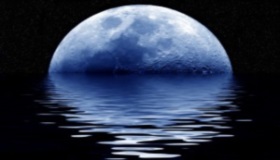 We saw the Moon in the Morning in the East, but in the Evening in the West:

On the Destiny of Contemporary Jews and Judaism:

Lessons from Jewish History in a Time of Crisis and Transition

Responding to the Newest Resurgence of Anti-Semitism

In the second part of this shiur, delivered in 1943 as the horrific contours of the Shoah were becoming clear, the Rav analyzed various typologies of classical and modern manifestations of anti-Jewish attitudes and behavior. In this section the Rav turns his attention to an analysis of a variety of Jewish responses to such manifestations, whether that of the Israelites in Pharaonic  Egypt, or that of the contemporary Jew in the shadow of the Shoah.

This section is particularly noteworthy in that it presents for the first time a number of themes that are encountered later in Kol Dodi Dofek, the Rav’s classic and much-quoted statement of Religious Zionist thought that was delivered in 1956. The context here is quite different, however, focusing less on the State of Israel (which obviously did not yet exist in 1943), and more on the Holocaust, and the divisions and pathologies afflicting diaspora Jewish life in general. In addition we find here a number of profound and original analyses of Torah texts that are not found in the later essay.

On the Difference between an Edah and a Machaneh

A machaneh and an edah/kahal represent two different sociological phenomena, two very different kinds of groups, with very little in common. [1]This distinction is similarly found in the Rav’s Kol Dodi Dofek (Besod Hayachid ve’ha-Yachad, pp. 381-383.) What is missing there, however, is the tekiah/teruah distinction found in the following … Continue reading

To explain further, a machaneh is not unique to human beings. A machaneh can also exist in the animal world whenever living things come together when they face shared dangers, instinctively seeking safety in numbers. So too with human beings the fear of death or injury at the hands of an enemy or other threat can be an impetus to form a camp to compensate for their weakness as individuals or to provide for a variety of physical and emotional needs. This is why the Torah says “when you go forth as a machaneh to meet your enemy…” (Deut. 20:1). Consequently camps usually disintegrate when the danger or shared need pass, for at that point their members have no further use for them.

This is the opposite of an edah, which is a unique expression of human spirituality. It is formed not as the result of negative impulses (such as fear, anxiety, or weakness) but of positive factors. It is a gathering of people with an awareness of a shared past and collective future expressed via profound ideas that draw strength from a collective soul that longs for a world filled with goodness and beauty. An edah is founded on a shared tradition and legacy with roots in antiquity and branches reaching forward to the end of days. It encompasses not just those who are now alive, but all those who were part of the edah in the past or who will belong to it in the future. For they all give expression to the timeless edus (testimony) that exists at the heart of the edah, sharing in a mission to bring to fruition the sublime ideas that will bring this world to perfection. [2]The Rav elsewhere developed a parallel theme in describing a thriving and lasting marital relationship. Building on the Rambam’s idea (Commentary to Pirkei Avos 1:6) that a lasting friendship is … Continue reading

When there is Lasting Unity, or its Absence: Tekiah versus Teruah

The Jewish people constitute an edah when they are united in acknowledging and loving God, and when they have a shared desire to live a sanctified life. In such times they form an edah not because they take pride in their intellectuals, scientific geniuses or inspired authors. Their edah is distinguished by virtue of its embrace of the inspired prophets, tannaim, amoraim, and other holy and heroic people who forged the character of the nation of Israel. When constituting such an edah, the Jewish people is recognized for its holiness, ethical purity, humility, eternity and nobility of spirit. In all these ways it sanctifies its physical existence in relation to both man and God. In such times Adas Yisrael is bathed in a sea of divine light, an ocean of eternal radiance, from which God’s Shechinah emerges. Blessed are the leaders who are privileged to stand at the head of such an entity, filled with tranquility, joy and spiritual fulfillment in leading the Jewish people in accordance with the Torah of Israel and the mesorah of its forefathers!

Such an edah is reflected in the quoted verses that describe how it is to be summoned: via a tekiah rather than via a teruah. For a tekiah is a short simple note, which is all that is needed to gather an edah. The unity of an edah does not require its leadership sound a complex teruah or shevarim alarm in order to respond effectively to an impending crisis. Simple tekiyos suffice to mobilize and prepare an edah to achieve its highest aspirations, by happily shouldering the burdens of the mitzvos and their protective enactments, and whatever other steps are necessary, all without complaint.

Thus, for instance, when Chmielnitzki ravaged Ukraine in the 17th century the Vaad of the Four Lands imposed a heavy tax on the communities of Poland to rebuild what had been destroyed, and the people responded enthusiastically. Anyone who reads the history of Lithuania knows the great authority and influence wielded by the rabbinic leadership, and how the masses subjected themselves without reservation to the rabbinic authorities who controlled every aspect of communal and personal life, no matter how intimate. No one asked “who appointed you to be ruler and judge over us?” The people were a single edah, united in heart and soul, sharing ideas and ideals, hopes and aspirations, dreams and a spiritual vision. So it was too when the edah celebrated its festivals and new months. A simple quiet tekiah was enough to express the joy of an elevated life, with no need to engage in other complex communal strategies.

On the other hand there are times when Jews come together as a machaneh – whether out of the fear of an Amalek or a Haman, or because it is impossible for them to assimilate. Such is the case in our own time, when our sanctity is diminished, Shabbos is in exile, Jewish family life is under assault, and our past spiritual glory is in tatters. We are bereft of the ancient commitment to spirituality that united us in the past. Today we are forced to invoke intellectual and pragmatic considerations for Jewish solidarity, such as fear of the enemy who despises us, or shared economic interests that often entail a disregard for the mitzvos. But such things by themselves cannot bind our camp together in lasting fashion. Yes it is true that some of us come together occasionally for the sake of mutual protection, but this has no staying power, for there is no strong group identity. Proof can be found in the dismal failure of American Jewry when it comes to its organizational life. How much ink has been spilled, how many quills have been broken, how much energy and effort expended in attempting to consolidate the Jews in this country into a single entity! It is all to no avail. [3]In this passage one senses the Rav’s frustration with American Jewish life and its failure to overcome its many divisions even when faced with the dire situation of European Jewry. These words were … Continue reading

No wonder the Torah decrees in our verse that gathering a machaneh to its shared purposes requires not a simple tekiah but a sustained teruah. Where there is no shared spiritual vision, fear and trepidation are the only recourse to bring people together. But fear is a negative emotion, utterly incapable of building a lasting unity. Even though a machaneh might be formed on an emergency basis, its internal divisions will always resurface once the danger has passed. The only unity among Jews that can persist over time is the unity of an edah, which like a tzibbur or kahal is characterized not by shared fear or anxiety, but by a collective spiritual goal and purpose.

Can a Machaneh be Transformed into an Edah?

Even a first grader knows that primitive fear cannot produce reverence for God.  Religious life is like a tree that requires the right nourishment and light. When all that it feeds on is raw anxiety, and its branches incline only in the direction of pragmatism, religious life cannot flourish for long. Fear of death cannot give life to spiritual rhythms and ritual sensitivities that require a joyous affirmation of life. It is true that suffering and distress sometimes lead to repentance, but such feelings do not produce long-lasting fruits.

Some might object that the Torah itself tells us that as a result of its suffering and hardships in exile the Jewish people will repent at the end of time, in the words: “In your distress (batzar lecha) when all of these things will come upon you, you will return to your God…” (Deut. 4:30.) To this I say that it all depends on the circumstances. If the distress indeed purifies and sanctifies one’s spirit while cleansing one’s thoughts, it can lead to a spiritual awakening that transforms every facet of one’s personality. Such anguish leads to redemption, as when Yirmiyahu proclaimed, “it is a time of trouble for Yaakov, but out of it will come salvation” (Jer. 30:7). In such cases the suffering itself is the cause of lasting redemption because it neutralizes sin and atones for a soul that has been defiled. Such misery leads to repentance and redemption, as was foretold by the prophets regarding the birthpangs that will precede the coming of the Mashiach.

But there are times when suffering does not lead to spiritual crisis or psychological upheaval. In spite of his or her pain a person can yet be incapable of inner reflection or self-examination that would lead to self-purification. It is quite possible that in spite of everything we have gone through, we can remain mired in our habitual behaviors and usual thinking. When that happens, any passing thoughts of repentance disappear as soon as circumstances change for the better. In such cases hardships do not lead to a rejuvenated spiritual life, sparks of repentance fade quickly, prayers do not rise up to heaven, and the gates of repentance are shut. [4]See Kol Dodi Dofek, pp. 339-342, where the Rav quotes the same verses, and goes on to describe the appropriate response to personal suffering, which should be an impetus to self-examination leading … Continue reading

To be continued tomorrow…