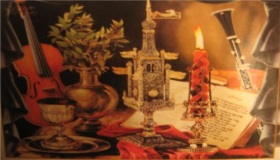 Question: My husband is careful to have a melaveh malka that includes bread and meat. I do not have at all. Should there be a difference between men and women on the matter?

Answer: The gemara (Shabbat 119b, accepted by the Rambam, Shabbat 30:5 and Shulchan Aruch, Orach Chayim 300:1) says: “One should always set his table on Motzaei Shabbat, even if he needs only a k’zayit [of food].” Rashi explains that it is an honor to Shabbat to “escort” it as one escorts a king when he leaves. Various authorities add other, esoteric reasons. A crucial (including for techiyat hameitim) bone in the body is nourished by food eaten on Motzaei Shabbat (Beit Yosef, OC 300 in the name of ancient works). Another idea is that eating after Shabbat draws the sanctity of Shabbat meals onto weekday eating (see Kaf Hachayim, OC 300:2). Some say it is a segula for women for easy childbirth (see Kaf Hachayim 300:4). However,melaveh malka has a long history of not being kept by the masses, as acknowledged by authorities who nonetheless believed in adhering to it (see Aruch Hashulchan, OC 300:3).

It is unclear to what extent melaveh malka is a weak but binding obligation, a proper practice (see Shulchan Aruch Harav OC 300:3; Mishna Berura 300:2), and/or a spiritual opportunity. It is also tricky to implement melaveh malka because there are many things mentioned by one or more poskim to enhance the practice (we will mention only some). The gemara, after the above quote, mentions both (hot) bread and meat, which some, like your husband, see as matters to be makpid about (see Maharsha Shabbat 119b; Mishna Berura 300:1).

The gemara implies (as the Taz, OC 300:1 understood) that the main factor is actually the setting of the table, and the food seems an afterthought (“even … a k’zayit”) or that which makes the table “the stage.” Many people who are machmir regarding eating ignore such elements mentioned by poskim as a nice tablecloth, place setting, and candles – matters of kavod modeled after Shabbat. On the other hand, some of the reasons given for melaveh malka do indeed focused on food, as does the ensuing passages of thegemara.

Some hiddurim mentioned are close to mutually exclusive. It is best to have melaveh malka soon after Shabbat; yet, it is best to cook for it after Shabbat. One idea is to eat something right away for melaveh malka, with Shabbat ambience, and have more serious eating later (Siddur Beit Yaakov (Emdin) p. 206b).

Is there room for leniency not to have a melaveh malka? Besides the possibility that it is not halachically required, there is a serious opinion (Eliya Rabba 300:1, quoted by many; see Shemirat Shabbat K’hilchata 63:6) that any eating at seuda shlishit after nightfall (whose exact time is unclear) counts as a melaveh malka. The Tehilla L’Dovid’s (300:1) cogent argument that since we treat that time as Shabbat, it cannot count formelaveh malka does not delegitimize the lenient shita (Shemirat Shabbat K’hilchata 63:6). Many poskim(including the Mishna Berura 300:1) say that one can fulfill melaveh malka without a full meal, even with fruit, as makes sense from the legitimacy of doing so for the greater obligation of seuda shlishit (see Shulchan Aruch, OC 291:5).

Women do have some extra room for leniency because melaveh malka is ostensibly a time-basedmitzva (see doubt of Pri Megadim 300, EA 1). On the other hand, we assume that women are obligated in such mitzvot when they relate to Shabbat, i.e., Havdala and seuda shlishit (Machatzit Hashekel ad loc., based on Magen Avraham 291:11), as all agree regarding Kiddush (Berachot 20b). Furthermore, many women will presumably desire and deserve their share of the aforementioned spiritual treasures (see Kaf Hachayim 300:2).

In summary, your husband’s practices are positive, although there is room for doing more or doing less. You do have incrementally more room for leniency than he. However, we recommend that you have at least some food in an honorable setting in honor of Shabbat after it has departed (see Shemirat Shabbat K’hilchata 63:3).

2014-12-25
Daniel Mann
Previous: Vort from the Rav: Vayigash
Next: Changing the Tune for the Third Chapter of Eicha 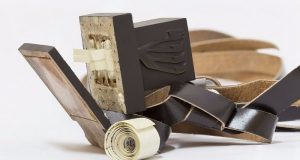 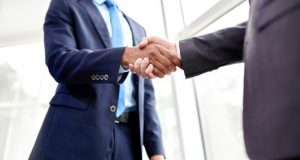 Backing Out of a Verbal Offer to a Potential Worker 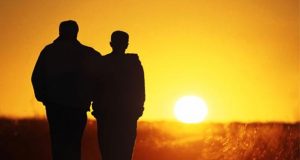 The Son of a Convert Feeling Looked Down Upon