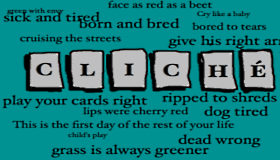 It’s no secret that the language of religion has been evolving constantly. What appealed to Jews a generation ago no longer appeals to the new generation.

It’s also no secret that we in the Orthodox community, despite the encouraging news from the Pew report, are suffering a new kind of attrition from Yiddishkeit that wasn’t nearly as pronounced a generation ago. Today, we’re witnessing large numbers of young men and women who are simply checking out of Judaism entirely. What’s more, among those who stay part of the faithful community, we find a large percentage who are uninspired by the religious language of their parents and teachers. Some are remaining part of the fold for purely social reasons (this “social Orthodoxy” was discussed, in a very personal way, by Jay Lefkowitz a few months ago in Commentary magazine).

Reasons have been suggested for this new phenomenon, and certainly, living in a new technology and information age is invariably identified as one of the culprits. But I recently came across an article written by a thoughtful Christian blogger, Addie Zierman, entitled, “Five Churchy Phrases That are Scaring Off Millenials” that blew me away, because it could have just as easily been written by one of our own.

Zierman is a “Millennial,” someone who was born in the eighties or later, who had left her church and then later came back. She polled the followers of her blog, asking them to identify what they thought were the top phrases coming from her church and religious leaders that were the biggest turn-offs for them.

Here are a few snippets from her article (in italics), with some of my interjections:

I hold within me both cynicism and hope. I left the church. I came back.

Here is what I can tell you about millennials: We grew up on easy answers, catchphrases and cliché, and if we’ve learned anything, it’s that things are almost always more complicated than that.

When I returned to church, it wasn’t because of great programs, alluring events or a really cool “café” set up in the foyer. I went back not because of what the church was doing, but rather in spite of it. I went back because I needed community, and because, thanks to a steady dose of medication and therapy, I was finally well enough to root through the cliché to find it.

But not all of us are there yet. For some of us, the clichés are still maddening and alienating. Recently, I asked my followers online for the five church clichés that they tend to hate the most. These were the top five responses:

When you read these “top five,” see how relatable they are to experiences within the frum world. Here’s the list:

We are the first generation to grow up in the age of information technology, and we have at our fingertips hundreds of commentaries, sermons, ideas, and books. We can engage with Biblical scholars on Facebook and Twitter, and it’s impossible not to see the way that their doctrines – rooted in the same Bible – differ and clash.

We’re acutely aware of the Bible’s intricacies. We know the Bible is clear about some things– but also that much is not clear. We know the words are weighted to a culture that we don’t completely understand and that the scholars will never all agree.

We want to hear our pastors approach these words with humility and reverence. Saying, “This is where study and prayer have led me, but I could be wrong,” does infinitely more to secure our trust than The Bible clearly says…

For Jews, this is compounded further by a much richer corpus of literature in Torah she-Be’al Peh (the Oral Tradition) and all its commentaries. Saying that “it’s a b’ferush (explicit) ma’amar Chazal” and then using quotes from a Midrash to bolster a theological point will sometimes fall flat one who’s got Rabbi Google at his or her disposal to offer an alternate p’shat.

So for our educators and rabbis: Revealing that you have your own doubts, that you struggle with certain ideas and texts, that you don’t have all the answers, that’s okay, and even reassuring to our youth. I know that for many, the lack of certainty is not an easy thing to concede. But for our millennials, the acknowledgment of doubt provides them with a reassurance that they’re not weird or different. By sharing your own insecurities, you’ll allow them to better relate to you and help them open up about their own doubts.

(2) “God will never give you more than you can handle”

Inherent in this phrase is the undertone that if life has become “more than you can handle,” then your faith must not be strong enough.

Or, in other words, even great nisyonos (trials) shouldn’t bring you to question or doubt, and if you do, well, your Emunah needs improvement. But is that really true of every case? Do we know what kinds of struggles the orphans of the Har Nof massacre are currently facing, and how they are or aren’t handling them?

We millennials may be a bit narcissistic, but we also know the weight of too much. We understand that we need help. Connections. Friendship. Sometimes therapy.

We know that life so often feels like entirely too much to handle. And we want to know that this is okay with you and with God.

Some translation is in order: In some churches, the phrase “love on” means to “be mekarev” someone to religion, by showering them with love and making them part of your family. This can be a big turnoff to people who don’t want to be viewed as a cheftzah shel mitvah (an object of mitzvah performance). As Zierman writes:

In addition to sounding just plain creepy, this phrase also has troubling implications. We may understand that we need help, but we certainly don’t want to be anyone’s project or ministry.

It may just be semantics, but being loved on feels very different than being simply loved. The former connotes a sudden flash of contrived kindness; the latter is simpler…but deeper. It suggests that the relationship is the point, not the act of love itself.

And really, that’s what we’re looking for: relationship –that honest back and forth of giving and receiving love.

The story is told that someone once introduced himself to the Lubavitcher Rebbe as working in Kiruv Rechokim (bringing back the distant). The Rebbe asked the person, “How do you know who’s a karov (close) and who’s a rachok (distant)?! Instead of being involved in Kiruv Rechokim,” said the Rebbe, “involve yourself in Ahavas Yisrael (love of one’s fellow Jew)!” Not for the sake of the mitzvah, but because he’s my brother, she’s my sister, and that’s reason enough for loving them.

The Shabbos Project of a few weeks ago was amazing. It was tremendously successful for the sheer number of people who were touched by it. Undeniably a huge hit, yes, but I’d just add one small asterisk to that success. While our shul participated greatly with the Shabbos Project, there’s one thing that left me with some slight discomfort –and I know I’m not alone. Having someone over your house who’s not frum shouldn’t be a “project,” it should be a natural product of one’s Ahavas Yisrael, not the need to “save their soul.”

(4) Black and white quantifiers of faith, such as “Believer, Unbeliever, Backsliding”

Millennials are sick of rhetoric that centers around who’s in and who’s out.

We have this in our community, too: someone’s either frum, not frum, ba’al teshuvah, black hat, white kippah, on the derech, off the derech, etc. Just look at some of the online Orthodox dating services, and the number of categories of frumkeit with which one needs to self-identify in order to find a match is dizzying.

We know our own doubtful hearts enough to know that belief and unbelief so often coexist. Those of us who follow the Christian faith know that the world around us feels truer than the invisible God who holds it together.

Terms like backsliding that try to pinpoint the success (or, more accurately, lack thereof) of our faith, frustrate us. We don’t want to hustle to prove our faith; we don’t want to pretend. We want to be accepted, not analyzed.

This to me sounds very much like catchphrase #2, trying to cliché-ishly explain the mysteries of G-d’s ways to help someone get through the rough spots. The reaction:

Chances are we believe this is true. But it’s the last thing we want to hear when something goes horribly wrong in our life.

Zierman then launches into a discussion that distinguishes between the “church” and “Jesus,” and here, I thought, this is where I wouldn’t be able to find anything comparable to the Orthodox Jewish experience. But then she explained: millennials enjoy hearing stories about Jesus more than about Christianity, because for them, Jesus represents the compassion of just being there for someone without judgment, which is very different from the judgmental and preachy priest or minister whom they’ve encountered in church.

And so perhaps that isn’t such a foreign concept for us Jews. Perhaps the reason why Chassidus is having such a strong resurgence among the mainstream Orthodox, is because love that isn’t predicated on our performance is what ultimately brings Jews – and all people of faith – back into the fold.

In the end, it’s not really about what churches say or don’t say. What millennials want is to be seen. Understood. Loved. It’s what everyone wants, really. And for this generation of journeyers? Choosing honesty over cliché is a really great place to start.

And so, if we can take a little bit of mussar from someone of a different faith and apply that to ourselves and how we communicate, perhaps we can improve our own families and communities, and repair some of the damage that’s already been done.

See, understand, and love. It’s what everyone wants. In an age where social structures are crumbling and where all people are looking for is friendship and community, the unconditional embrace of a fellow Jew, without the clichés, will go a long way in allowing our Millennials to reach the end of this Millennium.

2014-12-10
Daniel Korobkin
Previous: From the Archives of Tradition
Next: Daily Reyd