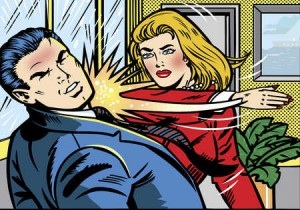 Turning the Other Cheek in Jewish Law

Posted by: Gil Student in From The Hashkafah Files, Magazine Nov 11, 14 6 Comments

Forgiveness in Judaism is not automatic. If you wrong someone, you need to apologize to him–not just God. Christianity teaches that if someone hits you on the cheek, rather than fighting back you should turn the other cheek and allow him to hit that one as well. I am certainly aware that Christian thinkers have found many creative and interesting ways to understand this directive, but this is not the place for that discussion. Rather, I’d like to address the Jewish attitude to turning the other cheek, or at least to fighting back. Traditionally, Jews counter that this pacifism is strange and contrary to the Torah. But doesn’t the Torah forbid revenge (Lev. 19:18)? Isn’t a Jew required to be ma’avir al midosav, patient and forgiving (Rosh Hashanah 17a)? Perhaps we are obligated to forgive the transgression and walk away.

The Talmud (Yoma 87a) tells how R. Zeira, on one Yom Kippur eve, walked back-and-forth in front of the house of someone who wronged him. R. Yitzchak Blaser (Kokhevei Or, no. 5) explains that Rava was following in God’s ways. Just like God makes Himself available, so to speak, in the time preceding Yom Kippur for people to request forgiveness for their sins, R. Zeira also made himself available. However, the story raises a basic question: Why didn’t R. Zeira just forgive the man?

In Judaism, forgiveness is not a gift we confer on others. It is a reconciliation, the mending of a rift. As such, true forgiveness requires two parties, the offender to apologize and the victim to forgive. If someone is unrepentant, he cannot be forgiven. When you turn the other cheek and allow an assailant to hit you again, your attempt to forgive is violently rejected. [1]On the nature of forgiveness in halakhic sources, see R. Binyamin Yehoshua Zilber, Az Nidberu 2:65; R. Daniel Z. Feldman, The Right and the Good: Halakhah and Human Relations, ch. 10. See also our … Continue reading

However, the ineffectiveness of forgiveness does not tell the full story. Judaism demands that you fight back.

The Torah (Lev. 19:16) forbids standing by idly as someone else dies. This creates a mandate to save someone else’s life. The Gemara (Sanhedrin 73a) teaches:

From where do we know that if you see someone drowning, being mauled by beasts or attacked by thieves that you must save him? It says, “You shall not stand idly by the blood of your fellow” (Lev. 19:16).

The Gemara extends this to financial loss: You may not stand by idly as someone stands to lose money. If you know information about an investment or partner, you must warn someone before he suffers financial loss (albeit with certain conditions, as we discuss elsewhere).

The Arukh Ha-Shulchan (Choshen Mishpat 426:1) extends this logically to cases in between these two poles: physical damage. If you see someone being beaten but not in a life-threatening way, you must defend him. If you are obligated to prevent someone from loss of money, certainly you must save him from physical assault.

If you are obligated to save others, you must also save yourself. The Torah allows for a certain amount of vigilante self-defense, as we have discussed elsewhere. You not only may but must defend yourself against assault. To fail to do so is to stand idly by your own blood, an irrational and irresponsible attitude.

But if there is no concern about future blows, fighting back may constitute exacting revenge, which the Torah explicitly forbids (Lev. 19:18).

The Talmud (Yoma 23a) offers a single example of revenge, which in its uniqueness may have implications for our case. If someone refuses to lend you his lawnmower (using a contemporary equivalent), and then later asks to borrow yours, two of the possible responses are forbidden:

This is the only case in the Talmud, leaving the hard work of broad application to later commentaries. However, another statement in the Talmud is relevant to our discussion. The Gemara states that only revenge on a monetary matter (tza’ara de-mamon) is forbidden.

Many Medieval authorities take this Talmudic passage in a straightforward manner and only forbid revenge (and bearing a grudge) on a monetary wrongdoing. Note how this sentiment runs contrary to contemporary attitudes. The saying, “Just business, nothing personal,” implies that monetary matters are the proper place for ruthlessness and revenge. Judaism teaches that calm must prevail in monetary matters.

However, the Rambam (Mishneh Torah, Hilkhos Dei’os 7:7) omits this limitation of the prohibition, implying that revenge is forbidden in even non-monetary matters. This surprising view seems to fly in the face of the Talmudic limitation. Two approaches are offered of explain this position. R. Aharon Soloveichik (Parach Mateh Aharon, ad loc.) suggests that the next line in the Talmud rejects this limitation and adopts an expansive prohibition. Alternately, R. Nachum Rabinovich (Yad Peshutah, ad loc.) notes that the Rambam’s son quotes this Talmudic passage differently. Apparently, Rambam and his son had a textual variant that omits the limitation to monetary matters. R. Yerucham Fishel Perlow (Sefer Ha-Mitzvos Le-Rasag, Prohibitions, 53-54) points out that the Rashbatz (Magen Avos 5:14) quotes that version, as well.

According to the Talmud as we have it and most authorities, revenge does not apply to physical violence. You are not prohibited from hitting back, at least due to revenge concerns. However, the Rambam applies the prohibition to physical retaliation, and the Chafetz Chaim (Pesichah, prohibitions 8-9) rules strictly on this. Perhaps we must turn the other cheek, as long as there is no concern that it will be hit.

The Talmud (Yoma 23a) also teaches that the ideal path, which is beyond the law’s requirement, is to refrain from responding to insult or injury:

About those who are insulted but do not insult [in return], who are shamed but do not shame, who work out of the love of God and rejoice in their suffering, the Bible says: “But they that love Him are like the sun when it goes forth in its strength” (Jud. 5:31).

But if you do respond in kind to an attack, Judaism understands.

IV. Heat of the Moment

The Mishnah (Bava Kamma 33a) states that when two people fight with each other, they must each pay for damages. The Rosh (ad loc., 13) limits this ruling to a case when they started fighting at the same time. However, the Rosh rules, if one person started the fight, the other person is exempt from paying damages.

R. Ya’akov Weil (Responsa Mahari Weil, no. 28) faced the following question: A man attacked another with a stick. The victim, with blood dripping down his face, punched back and accidentally hit the attacker’s wife, who was trying to hold her husband back. R. Weil ruled that the victim is exempt from paying damages. Citing a number of earlier rulings, he explains that fighting back in the heat of the moment–even if there is no imminent danger–does not incur liability. [2]Although is you look at the responsum from the Maharam that R. Weil cites, you will see that he rules contrary to R. Weil. Maharam rules that the “heat of the moment” only exempts someone … Continue reading

As the Torah states regarding the blood redeemer who is allowed to exact revenge, “when his heart is heated” (Deut. 19:10). While this is not a directly biblical law, the rabbis extrapolated a concept and implemented it. A widespread communal enactment codifies an exemption to paying for damages when responding to an attack. R. Yair Bacharach (Chavos Yair, no. 65) attempts to define a time period for this heat of the moment exemption. He suggests, albeit tentatively, that someone who is attacked but not wounded is exempt from fighting back until nighttime. After a good night’s sleep, a victim calms down. However, someone who is wounded is exempt until the wound heals. [3]On all this, see Yam Shel Shlomo, Bava Kamma 3:26, 8:42; Shulchan Arukh, Choshen Mishpat 388:17, 421:13; Pischei Teshuvah, Choshen Mishpat 421:3; R. Itamar Warhaftig, “Self Defense With the … Continue reading

The ideal response to a slap on the cheek is to refrain from responding, waiting for an apology and perhaps even requesting one. However, if there is a chance the physical assault my continue, one is required to prevent that situation either by leaving or by fighting back. Turning the other cheek is an irresponsible response. We must protect those who need defending, including ourselves.

2014-11-11
Gil Student
Previous: From the Archives of Tradition
Next: Daily Reyd