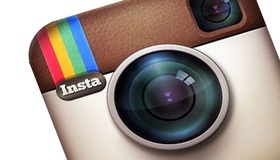 New media and technology still fall under the classical rules of ethics. Their usage can and must be examined with an open mind but with a keen eye for propriety. Instagram is an image and video sharing service that allows users to post their own pictures and videos, view those of others, follow members, indicate appreciation of pictures and leave comments. I’d like to explore a few halakhic issues regarding Instagram use.

As a form of communication, Instagram use is subject to interpersonal halakhah with all its nuances. How you communicate, the language you use and the interactions in which you engage, must conform to Jewish ethical standards. Before we go into detail, two basic rules of behavior must be mentioned:

I’d like to discuss some issues that impact the core nature of Instagram–posting pictures and videos online. This feature is certainly not unique to Instagram; most forms of social media allow it. Be that as it may, this discussion is particularly relevant to Instagram and similar services (like Flickr and YouTube).

Posting pictures and videos can embarrass others in a variety of ways. The most obvious are images of someone else from an embarrassing incident. Whether someone was drunk or otherwise incapacitated, or was young and particularly foolish, you need to know the line between playful teasing and embarrassing. You are allowed to have fun with your friends and family by posting funny pictures online. But you may not embarrass anyone else. The Gemara (Bava Metzi’a 58b) compares embarrassing another to murdering him.

Hurtful pictures go one step farther. Posting a picture that hurts someone’s feelings or damages someone’s reputation is a form of attack. Hurting someone’s feelings is biblically prohibited as ona’as devarim (Bava Metzi’a, ibid.). You may think that this only applies to a verbal insult or attack–after all, “devarim” means words. However, the Torah (Lev. 25:17) merely says “lo sonu” and does not differentiate between methods of delivering this harm. [1]See R. Daniel Z. Feldman, The Right and the Good: Halakhah and Human Relations (2004 edition), pp. 20-21.

Similarly, lashon ha-ra is not limited to words. The Chafetz Chaim (1:1:8 n. 13) quotes Onkelos (Lev. 19:16), who translates “Do not be a talebearer” as “lo seichol kurtzin.” Rashi (ad loc.) explains that this refers to the way gossippers motion with their eyes. Even indirect gossip, even mere motioning without any words, qualifies as forbidden lashon ha-ra. As it says in Mishlei (Prov. 6:12-13), “A base person… winks with his eyes, scrapes with his feet, points with his fingers.” Lashon ha-ra does not have to be actual words.

Therefore, you may only post a damaging picture or video if you fulfill the conditions that permit lashon ha-ra.

Somewhat related but a bit broader is the question of posting someone’s picture without permission. If you capture an image of a friend in a compromising position, can you post it to Instagram without the friend’s permission? Even non-malicious circumstances raise the question. If I take a picture of my wife at a restaurant and diners at another table are in the shot, can I post that picture with only my wife’s permission and not that of the other people?

A remote possibility exists that I could be doing great harm to others. Perhaps those people were secretly negotiating an important deal, conducting a job interview while the candidate is still employed elsewhere, or nurturing a romance that they were not yet ready to reveal to the world. If someone they know stumbles on the picture through the interlocking world of social media, the secret will be revealed. Mishlei (11:13) denounces those who reveal secrets as gossipers. [2]See also Sha’arei Teshuvah 3:225

Setting the issue of publicizing aside, halakhic authorities debate whether you may take someone’s picture without his permission. Some Jews, at least a century ago, objected–for mystical reasons–to having their picture taken under any circumstances. Presumably, we should honor their concerns. However, R. Yosef Chaim Sonnenfeld (Salmas Chaim 2:19) rules that we are not required to be concerned. If we follow the view that allows taking pictures, we may take pictures of anyone, even against their open objections. [3]See also Be-Tzel Ha-Chokhmah 4:85

R. Menashe Klein (Mishneh Halakhos 7:117) disagrees. He rules that if a person considers a picture to be damaging in any way, others may not subject him to it. Even if he will take his own picture, he can choose to permit metaphysical injury to himself but forbid others from hurting him. R. Klein adds that since you can sell pictures of yourself, someone who takes your picture without permission is stealing from you something of value.

R. Shlomo Aviner (Piskei Shlomo, vol. 3 pp 146-147), who quotes the above sources, questions this last point of R. Klein. The photographer is only “stealing” potential future profit, which is indirect theft for which he is not liable. Regardless, R. Aviner adds another reason to forbid taking someone else’s picture against his protests. The Torah (Lev. 19:18) commands you to love others as yourself. You may not treat others in a way you would not want to be treated yourself (Shabbos 31a). Since you would not want your picture taken without your permission, you may not take someone else’s.

This applies with even greater force to posting someone else’s picture online. Do not do to others what you would not want them to do to you. And if you have a uniquely free spirit and want every unguarded moment of yours memorialized in eternal online images, you must still act considerately to others (link).

We have only touched some of the many issues that arise in using social media. See here for a longer list of issues and suggestions for navigating them: The Ten Tenets of Social Media.