How Not To Create A Custom 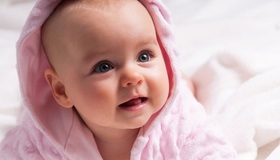 I have a vague recollection from my early years in Solomon Schechter of being taught by a guest teacher how to write a midrash. I do not know precisely what the teacher intended but my perception was that midrash is man-made so any person can make one. If the rabbis of the Talmudic era could weave complex legends surrounding the biblical narrative, so can we.

There is a basic logical fallacy in this thinking. It ignores the expertise of the midrashic writer. The greatest rabbis of ancient generations, steeped in piety and learning, explored the depths of Jewish texts and thought through midrash. I was both literally and figuratively a child in comparison, and will remain the latter throughout my life. Just because a great rabbi could write a midrash does not mean that I can. Socrates was a philosopher. Socrates was a man. Not all men are philosophers.

This came to my mind as I read the learned, passionate book, A Jewish Ceremony for Newborn Girls: The Torah’s Covenant Affirmed, by my old friend, Sharon Siegel. A Jewish Ceremony for Newborn Girls represents the ideal to which feminist Jewish writings should aspire. Siegel researched her topic expertly. She pored through texts and manuscripts, conducted interviews and picked the minds of the greatest scholars. Her history of Jewish naming practices for girls, while somewhat Germany-centric, is the authoritative work on the subject.

Additionally, Siegel’s main thesis is sound. She argues that girls are just as much a part of God’s covenant as boys. I find the view against which she argues odd, and believe she successfully knocks it down from multiple approaches. The only source I think Siegel overlooks is the comment of Tosafos (Berakhos 20b sv. nashim), quoted by the Magen Avraham (186:1), that women are not part of the bris, the covenant. But they clearly mean circumcision, bris milah, and not the general covenant. If women are not part of the covenant, why would they have to observe any commandments–including keeping kosher and Shabbos–at all?

But this conclusion takes Siegel on a strange and unnecessary path. If girls are part of the covenant, she wonders, why do they lack a bris celebration? Most people would answer that girls are not circumcised in the Jewish tradition but Siegel would frustratedly respond that bris means covenant, not circumcision.

Siegel exhaustively and authoritatively explores Jewish ceremonies for newborn girls throughout the ages and concludes that today’s celebrations are inadequate. Therefore, she proposes a bris bas ceremony for girls, held on the eighth day after birth but obviously omitting circumcision. She then proceeds to explore possible texts and rituals that are appropriate for such a ceremony, including an optional blessing similar to that recited at a circumcision. With a keen eye for traditional symbols and an understanding of Jewish liturgy, Siegel constructs an original ceremony for a girl’s bris.

Judaism abhors a vacuum. Important life-cycle events will not lack a Jewish ritual for long because how else do we mark important moments if not religiously? Siegel’s mistake is that she tries to fill an already full cup. Orthodox synagogues regularly feature celebrations of the birth of girls. Everyone, with the exception of uniquely troubled people, values the birth of a daughter. It is one of the miracles of life, a universal joy that embraces parents, family and community. Of course there is already an Orthodox formula for that celebration. While local rituals vary, most communities with which I am familiar celebrate with a naming in synagogue and generally a kiddush, as well, although often on different days. [1]Orthodox legend has it that parents who fail to make a kiddush for a newborn girl risk her marriage chances through divine calculation. This is an oft-repeated bubbeh-ma’aseh that is still … Continue reading

Siegel argues that this is insufficient. Her two main points are that: 1) the current ceremony is not meaningful to parents, and 2) friends and family do not insist on attending the naming and/or kiddush. Therefore, she proposes a mandatory ceremony for girls on their eighth day in this world, replete with meaningful prayers and symbols. I sympathize with my old friend’s instincts but believe her direction is wrong (which will neither surprise nor deter her).

If our current ceremony is insufficient, an argument with which I will disagree shortly, we should not look to the future but to the past. As Siegel expertly demonstrates, current naming practices descend from the Medieval Ashkenazic welcoming of the mother and daughter into the community four weeks after the baby is born. If we are looking for a meaningful ceremony that is consistent with Jewish tradition, why not reinstate our own past customs?

Who is an Expert?

The creation of a new ceremony is religiously dangerous. Neither Siegel nor I are Socrates, so to speak. How can we dare to compose prayers and rituals, pretending that we can access the deepest meanings of Jewish symbols and texts? This is especially true when the new practice is redundant. We already have the tools in Ashkenazic tradition; we only need to take them out of the toolbox. We move forward by embracing our past. Chadeish yameinu ke-kedem.

Siegel devotes an exhaustive chapter to cataloging the various ceremonies for newborn girls that people have created since the 1970’s. This chapter highlights my concerns. Some of those listed are mitzvah observant, albeit perhaps overly bold, Orthodox Jews. Most are not Orthodox, nor are they consistently observant nor completely believing Jews. Yet the customs they create are taken as serious precedents, options to consider in making our own customs. I have argued at length that halakhah forbids tailoring customs after the actions of non-traditional Jews (link). I find it hard to take seriously the notion that those who do not believe in the Torah as traditionally understood should be deciding or creating Jewish practices. Put differently, you cannot change the system unless you are part of it. Non-believing and/or non-practicing Jews are outside the system.

How to Create a Custom

Lacking expertise ourselves, we can at most look to precedent for inspiration. In our case, we have two excellent options. The first and most obvious is the Medieval and Early Modern Ashkenazic celebrations of newborn girls, which Siegel documents so well. Reviving them would be meaningful to parents, Siegel’s first concern. However, we may not need to change anything. The current practice of making a kiddush, essentially a meal with a devar Torah, is how we celebrate Rosh Chodesh and Chanukah. Patterning the celebration of a newborn girl on other, familiar celebrations is a wonderful and meaningful way to mark the joyous occasion.

As to Siegel’s concern that family and friends are less zealous to attend a girl’s ceremony than a boy’s, this is a sociological problem, not religious. No amount of tinkering with customs can force old habits to die quickly. The way to deal with lack of courtesy is through gentle rebuke.

Siegel’s book can be divided into four main parts: 1) describing historical customs, 2) arguing that women are part of the covenant, 3) describing recent practices, and 4) advocating for a new ceremony. I found the first three to be expertly done and of lasting scholarly value. The fourth, what is clearly closest to Siegel’s heart, is where I have to take issue. A new ceremony is unnecessary, overly presumptuous and decidedly non-traditional. Our customs tie us to our personal and communal history, the memories of our youths and recent generations that have passed. In the transient society in which we find ourselves today, with weakened communities and loose affiliations, we need to strengthen, not weaken, that bond to the past.