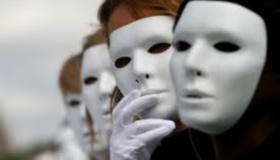 Posted by: Gil Student in From The Hashkafah Files, Magazine Nov 20, 14 5 Comments

I. Deception Is Bad

Was Ya’akov punished for deceiving his father, Yitzchak, in obtaining the firstborn’s blessing? The story, as told in Gen. 27, offers no judgment but many modern commentators, focused solely on the simple meaning (peshat), insist that Lavan’s subsequent deception of Ya’akov served as punishment for the earlier trickery. Additionally, Ya’akov’s sons’ sale of Yosef and deception of Ya’akov also demonstrates a clear negative judgment on the initial deception. I question this reading of the narrative, all on the peshat level, and wonder whether this exposes a subjective aspect of literary interpretation.

[We should all agree that ethical considerations are important but should only be considered after determining the text’s message. Importing an external consideration into the textual study is contrary to peshat methodology.]

Prof. E.S. Hartom, in his introductory remarks to Gen. 29, states explicitly that Lavan’s trickery was punishment for Ya’akov’s deception. Nehama Leibowitz writes (New Studies in Bereshit, p. 266): “The vicissitudes of Jacob’s life teach us, at every step, how he was repaid–measure for measure–for taking advantage of his father’s blindness.” Similarly, the Christian commentator Gordon Wenham writes (Word Biblical Commentary, Gen. vol. 2, p. 216) writes: “Only subsequently does it emerge that Jacob and Rebekah suffer for their deeds… Thus, despite his apparent silence about the morality of the actions of Jacob and Rebekah, the narrator points out that they paid dearly for them.”

I find their conclusions unconvincing for four reasons:

An alternate interpretation, that I think is closer to the simple meaning, is that the text approves of Ya’akov’s deception. The context seems to imply justification. Gen. 25 discusses the prophecy of Ya’akov’s superiority and the contrast of Ya’akov’s and Eisav’s personalities. Gen. 26 (v. 7) mentions Yitzchak’s deception of Avimelekh. And at the end of Gen. 27 and beginning of Gen. 28, Yitzchak blesses Ya’akov again and instructs him not to marry a Canaanite woman. This seems to be an intentional contrast with Eisav, who married Hittite women to his parents’ dismay (26:34-35). The entire context seems to imply that Ya’akov was justified in using deception to obtain what was rightfully his rather than allowing the wicked Eisav to continue the Abrahamic legacy.

III. Deception Is Not Always Bad

So far, I have refrained from citing midrashim and traditional commentaries. The midrashim justify Ya’akov’s deception but the traditional commentaries are mixed. Tanchuma Yashan (Toldedos 10, cited in Torah Shelemah, Gen. ch. 27 no. 76) repunctuates Ya’akov’s words to Yitzchak so that Ya’akov did not technically lie. Torah Shelemah (ibid.) cites other similar midrashim. The book of Jubilees (26:17) explains that Yitzchak failed to recognize Ya’akov because “it was a dispensation from heaven.” According to this ancient interpretation, even God took part in the deception.

Rashi (Gen. 27:19) and Rabbenu Bachya Ben Asher (ibid.) all adopt the approach of the above midrash. While conceding that Ya’akov deceived Yitzchak, they argue that he did not explicitly lie. Clearly, they consider Ya’akov’s actions justified. Ibn Ezra (ibid. and Ex. 31:18) rejects this approach out of hand because such a technical truth is still so misleading as to constitute deception, as does Radak (Gen. ibid.) who argues that even God has lied so Ya’akov certainly could as well, in the right circumstance. Apparently, Rashi et al. consider deception appropriate given the situation but not an outright lie. Somewhat similarly, R. Yitzchak Arama (Akeidas Yitzchak, Gen. no. 23) argues at length that Ya’akov was correct to deceive Yitzchak in order to obtain the blessing rather than the wicked Eisav.

Even some of the more peshat-oriented modern commentators agree. Nehama Leibowitz (pp. 264-265) quotes R. Ya’akov Tzvi Mecklenburg’s explanation that Ya’akov had reservations about Rivkah’s plan to deceive Yitzchak (Ha-Kesav Ve-Ha-Kabbalah, Gen. 27:12, which, by the way, resolves a question asked in a footnote to the Vilna Gaon’s Kol Eliyahu on Chayei Sarah). Surprisingly, she does not quote R. Mecklenburg’s commentary to 27:16 (link) in which he explains at length that sometimes deception is necessary and this was one of those times.

Shadal (Gen. 27:1) also seems to believe that Ya’akov acted appropriately, noting that Yitzchak eventually agreed with the outcome. Mendelssohn’s Biur (Gen. 27:33 sv. gam,35) seems to reach the same conclusion. R. JH Hertz (Gen. 27:5,19) shifts the blame for the deceit to Rivkah and argues that she was justified by the prior prophecy.

The prophet Michah (7:20) surprisingly connects Ya’akov with truthfulness. This message perhaps emphasizes the complex nature of truth and its occasional suppression for other values, as implied in the verses from 2 Samuel and Psalms cited above. Ya’akov’s deception in order to effectuate God’s explicit decree places a higher truth above limited actions. Arguably, the greater biblical context justifies this choice, contrary to the claims of recent literary commentators.