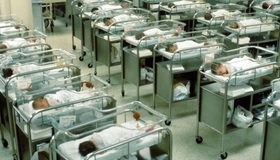 The Super-Mitzvah to Have Children

Posted by: Gil Student in From The Hashkafah Files, Magazine Oct 31, 14 2 Comments

The Logical Imperative to Procreate

The “Shidduch Crisis,” the growing number of older singles in the Orthodox community, is not a uniquely Jewish phenomenon, nor should it be. Contemporary society is also undergoing a “Singles Crisis.” This should give us pause when proposed solutions to the Shidduch Crisis, no matter how clever (and especially when too clever), only address concerns specific to our community. Can it really be a coincidence that we are suffering from the same problem as the culture around us? If not, we need to recognize this within our proposed course of action.

Additionally, acknowledging this link to general society gives us opportunity to consider why this phenomenon is so troublesome as to be called a “crisis.” Yes, we see the very real human suffering, but we have to look more deeply and ask: Why are these humans suffering?

The first commandment in the Torah is to be fruitful and to multiply (peru u-revu), to have children. This was said first to Adam and Chavah as a blessing, like that said to the other animals, and again to Noach as a blessing and command (Gen 1:28, 9:1, 9:7). Since it was not repeated after the Torah was given, this mitzvah only applies to Jews. Gentiles are not obligated to be fruitful and multiply. However, we see a curious development twice in the Talmud.

Back when slavery was allowed, centuries before the Emancipation Proclamation, the Talmud (Gittin 41a) discussed the case of a half-servant. A servant is bought by two owners in a partnership and one owner sets him free. The half-servant is in a state of limbo–he cannot marry a free woman because of his servant half and he cannot marry a maidservant because of his free half. Therefore, the Sages decreed, the other owner must set the man completely free. The prophet declares: “Lo sohu vera’ah, la-sheves yetzarah, [God] did not create [the world] to be barren, He created it to be settled” (Isa. 45:18). This teaches an overriding obligation to have children (a mitzvah of sheves) that even applies to a servant.

Why did the Talmud quote a verse in Isaiah and not one of the three verses from Genesis about being fruitful and multiplying? Is not an explicit commandment in the Torah more compelling than a prophetic passage? Two students of the great Tosafist, Rabbenu Tam, disagree how to interpret this passage. [1]Tosafos, Gittin 41b sv. lo; Chagigah 2b sv. lo; Bava Basra 13a sv. she-ne’emar. R. Yitzchak of Dampierre (Ri) explains that the prophet emphasizes the importance of this mitzvah (peru u-revu) to the divine plan. Even though a half-servant is not really obligated in this commandment, his master should still free him to allow him to fulfill this great mitzvah.

R. Yitzchak Ben Mordekhai of Regensburg (Rivam) sees in sheves a different mitzvah. Why should an owner free his stake in a servant, suffering a financial loss, to allow a half-servant to fulfill peru u-revu, a commandment in which he is not technically obligated? It is true that a half-servant is not obligated to be fruitful and multiple. However, he is still obligated to settle the world by having children. Everyone, freeman and servant, man and woman, is obligated in sheves.

The other Talmudic reference to sheves limits the sale of a Torah scroll. Normally, you may never sell a Torah scroll, perhaps the most sacred possession an individual or community can acquire. The Talmud (Megillah 27a) allows for the sale of a Torah scroll in only two circumstances: in order to study Torah or to pay for an orphan’s wedding expenses. The latter exemption is supported with the above verse from Isaiah. Since sheves is so important, or so all-encompassing, it overrides the sanctity of the Torah scroll in this respect. Commentaries to the Shulchan Arukh note that the Talmud uses the masculine form of the word for “orphan.” What about a female orphan?

It is quite surprising that the Torah only obligates men to have children (Yevamos 65b). Peru u-revu, childbirth and childraising, is a mitzvah placed only on males. Certainly, most people find this contrary to their biological, psychological and sociological instincts. The most popular explanation for this curious halakhic position was offered by R. Meir Simcha Hakohen of Dvinsk in his Meshekh Chokhmah (Gen. 9:7). R. Meir Simcha argues that the Torah is merciful and does not obligate people in tasks that are necessarily painful (see Yevamos 87b). The Torah exempts women from the obligation because childbirth is extremely painful for them.

That exemption takes a surprising turn. We may sell a Torah scroll to enable an orphan to fulfill the mitzvah of marrying. However, women are not obligated in the mitzvah. Therefore, perhaps we may not sell a Torah scroll to fund the wedding of a female orphan. Commentaries struggle with this surprising and counterintuitive conclusion. Chelkas Mechokek (Even Ha-Ezer 1:1) adopts it while Beis Shmuel (Even Ha-Ezer 1:2) and Magen Avraham (153:9) dispute it (see also Ba’er Heitev, Even Ha-Ezer 1:2; Otzar Ha-Poskim 1:11). Who needs communal assistance more than a female orphan? One answer lies in the debate between Ri and Rivam.

According to Ri, there is only one mitzvah to have children; sheves is the same as peru u-revu, from which women are exempt. However, Rivam sees these as two separate mitzvos. All people, men and women, are obligated in sheves. Therefore, since the permission to sell a Torah scroll is based on the verse in Isaiah about sheves, this permission must include orphan women. Note that according to the Ri, the discussion is not over. There might be other reasons to extend the permission to orphan women, as discussed in Otzar Ha-Poskim 1:11.

III. The Source for Sheves

The idea that sheves obligates everyone to procreate requires explanation. Where do we see women receiving such a command? And why would the Torah mercifully exempt women from peru u-revu and then turn around and re-obligate them in the very same thing via sheves?

I suggest that sheves is not a direct command. The prophet is not telling us what to do but explaining to us God’s will, posing a simple syllogism:

This is not an unassailable argument. Maybe God wants people to occupy only one place, even though the planet is large. Maybe He only wanted us on this world for a short time. How are we expected to fully grasp the divine will? [2]And does this make space travel, settling the vast universe, a religious obligation? In this case, prophecy does not command us but educates us, informing us of God’s will. Sheves does not command us but tell us what God wants.

Yet, we did not need this revelation. Merely observing the world teaches us that people were created with innate biological and psychological desires to have children. God must have implanted within creation the drive for procreation for a reason. The suffering of singles in this “crisis” is a symptom of spiritual unfulfillment, a sign of the divine plan of marriage and procreation. Genesis 1-2 is part of our inherent psychological makeup.

Once we know that God desires procreation, we are bidden, as His created beings, to fulfill His will. He wants people in the world, a full world, so we cannot allow humanity to dwindle. We must continue the human chain, implementing God’s will. Having children is one way in which we can fulfill God’s desires. [3]One can argue that we need not fulfill God’s will, only His command. See this post: link.

This is not a meta-mitzvah, an overarching command like “And you shall do the right and the good” (Deut. 6:18). Rather, it is a logical mandate supported by prophecy. It is founded in the fundamental duty of every created being to fulfill his master’s will. As such, it presumably obligates all people, gentiles and Jews, every created being seeking to fulfill the will of its Creator. [4]After writing this, I was gratified to see that R. Aharon Lichtenstein takes a similar approach, albeit not within Rivam’s view. See this Hebrew essay: link (RTF), section 2, fourth approach.

If this is correct, then God, through His merciful Torah, does not command women to have children. However, the continuation and growth of the human species is God’s will, which all people–men, women, Jew and gentile–must fulfill and through which they achieve their highest purpose. Their suffering, the communal and societal crises, demonstrates this need.

A Mile in His Shoes