Praying for the Government in the UK and Elsewhere II 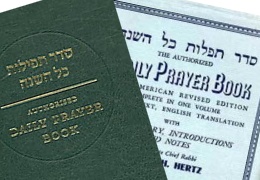 The London Beth Din, United Synagogue and Maggid Books are publishing Morash Kehillat Yaakov, a two-volume collection of essays in honor Rabbi Lord Jonathan Sacks. This two-part essay appears in the English book and is republished here with permission. The first part of the essay is here.

Please join us to celebrate the launch of this book on Monday, as R. Freundel and R. Sacks sit down together in conversation. More details

Turning now to post-talmudic literature, and despite all of the antecedent sources including the verses from Jeremiah and the mishna from Avot, our earliest siddurim, by Rav Amram Gaon [1]R. Amram ben Sheshna Gaon (d. 875) of the yeshiva in Sura responded to a request from Spanish Jewry to explain what should be prayed when, throughout the Jewish year. He wrote a work, now called … Continue reading and by Simha of Vitry, [2]Mahzor Vitry by R. Simha of Vitry (twelfth century), a student of Rashi, is generally considered the earliest Ashkenazi siddur. do not describe a formal prayer for the government. Nonetheless, in the early Medieval period we have evidence from the Cairo Geniza that Jews prayed for the government, at least as individuals, particularly when it served their interests to do so.

It was in this spirit that a petitioner opened his request to the Fatimid Caliph Al-Mustansir with a description of himself as “the slave of my lord (blessings of God be upon him), who kisses the ground and humbly beseeches that he be granted a service.” [3]Marina Rostow, “Formal and Informal Patronage Among Jews in the Islamic East: Evidence from the Cairo Genizah,” Al-Qantara 29(2) (2008), 356. Similarly, when Solomon ben Judah al-Fasi, the gaon of Fatimid Egypt and Syria in this era, expressed concern that the Caliph was giving some of the gaon’s power to a rival, he ended his letter with a blessing that “God bestow glory upon the Caliph’s victories”. [4]Ibid. 357. So too, when Daniel ben Azarya was appointed gaon of the Jerusalem Yeshiva, [5]He served as gaon between 1051 and 1062. his letter of response includes the words “may God prolong his [the Caliph’s] days, exalt his fortune, and destroy his enemies, his opponents, and those who wish him evil.” [6]Ibid. 376. All these examples originate from the eleventh century.

From the twelfth century and the era of the Crusades, we find two formal prayers for the government in the Cairo Geniza. The first, from sometime between 1127 and 1131, asks for blessings on the royal family and the second, from a few years later, may actually have been supplied by the government. We can see evidence for this claim in the honorific that appears in the following sentence from the prayer: “His [God’s] greetings and call of peace be upon our Lord and Master the Imam al-Hafiz li-din Allah, the Commander of the Faithful”. Intriguingly, the Caliph of Baghdad in 1138 concluded his charter with the Nestorian Church with the requirement that the Church “set up prayers and invocations for the Commander of the Faithful as a token of your gratitude and a sign of your allegiance”. [7]S. D. Goitein, “Prayers from the Geniza for the Fatamid Caliphate,” in Studies in Judaica, Karaitica and Islamica Presented to Leon Nemoy on his Eightieth Birthday (Ramat Gan, 1982), 48–55.

Franco-German sources from the same era also provide evidence of prayers for the government, beginning with eleventh-century Worms, where the supplication sought the protection of the government for the Jews. This was presumably to protect them from the Crusaders of that era. [8]Michael Laitner, “The Prayer for the Royal Family” (2011), online at http://youandus.theus.org.uk/living-and-learning/jog/the-prayer-for-the-royal-family/; Barry Schwartz, “‘Hanoten … Continue reading

Moving back to our halakhic sources, the earliest mention I have been able to find of the formal practice of reciting a prayer for the government in the post-talmudic era is in the thirteenth- or fourteenth-century Franco-German work Kol Bo, which says: “And on the Sabbath at Shaharit after the Haftara, they were accustomed to say a Mi Sheberakh, and there are places that bless the king and then the community and it all follows the [local] custom.” [9]Apparently by Rabbi Aharon ben Rabbi Jacob HaKohen of Narbonne, France; Sefer Kolbo, no. 20, s.v. Din Hotzaat Hatorah. Intriguingly, from precisely the same era but from a Sephardi source, Sefer Abudraham writes: [10]Sefer Abudraham: Hilkhot Keriyat HaTorah, by Rabbi David ben Rabbi Joseph Abudraham, who lived in Spain during the thirteenth century. The excerpt is my translation.

And they were accustomed to blessing the king and to praying to God that He should aid him and strengthen him over his enemies, as it says: And seek the peace of the city where I have caused you to be carried away captives, and pray to the Lord for it; for in its peace shall you have peace. [11]Jer. 29:7. And the peace of the city is that he shall pray to God that the king shall defeat his enemies. And we say in the first chapter of Tractate Avoda Zara: [12]Avoda Zara 3b. Rab Judah says in the name of Samuel: Why is it written: And You make man as the fishes of the sea, and as the creeping things, that have no ruler over them? Why is man here compared to the fishes of the sea?… Just as among fish of the sea the greater swallow up the smaller ones, so with men, were it not for fear of the government, men would swallow each other alive. This is just what we learnt: R. Hanina, the Deputy High Priest, said, Pray for the welfare of the government, for were it not for the fear thereof, men would swallow each other alive. [13]The Bavli here cites the mishna from Avot 3:4 discussed above. And after this he blesses the community, as it says: [And the king turned his face around] and blessed all the congregation of Israel. [14]I Kings 8:14.

Abudraham cites the verse from Jeremiah with which I began my discussion, marking the earliest formal connection between the prophecy and the prayer. He also refers to the mishna of R. Hanina, the second classically cited text of origin for the prayer for the government. In addition, he provides nice symmetry for our subject by quoting a verse from King Solomon’s dedication of the Temple from earlier in the same chapter that provided the text which led the Tosefta to describe a custom of blessing the king on Shemini Atzeret. In the verse cited by Abudraham the king blesses the people, while in the Tosefta the people bless the king. Like the Kol Bo, Abudraham speaks of the prayer for the government as a custom.

Some two hundred years later, what had been the “custom” of praying for the government became a “need” (tzerikhin) and a mitzva. In Sefer Seder Hayom, written by Rabbi Moses b. Judah ibn Machir in the sixteenth century, the author writes:

After [the Haftara], the hazan shall bless the king who rules over us. Even if he is from the nations of the world, since we stand under his control and his rule, we must [tzerikhin anu] pray for him. For in his peace we will find peace. So it is an affirmative commandment from our tradition [rabbinic law], for so it says in Jeremiah: “And seek the peace of the city where etc.” and the entire nation shall say Amen. [15]Sefer Seder Hayom: Seder Keriyat HaTorah BeShabbat by Rabbi Moses ben Rabbi Judah ibn Machir, who lived in Safed in the sixteenth century. My translation.

When we come to the eighteenth century, Rabbi Ezekiel Landau writes:

It is already known and well published in all places where I have been that I warn and remonstrate in most of the Torah expositions that I proffer publicly that we be extremely careful of the honour of the nations of our time, in whose lands and states we find sanctuary. And we are required [hayavim] to pray for the peace of the kings, the officers, and their soldiers and to pray for the sake of the state and its inhabitants. And God forbid that we be ungrateful since they are good to us and they grant us life and a remnant in the land. [16]Rabbi Ezekiel ben Judah Landau was born in 1713 in Opataw, Poland, and died in 1793. The above quote is from his introduction to Tzelah, called Hitnatzlut HaMehaber, and is my own translation.

Rabbi Landau’s claim that this prayer is required is reiterated at least three times in the twentieth-century responsa of Rabbi Moshe Feinstein. In one place he says:

We certainly should not speak before non-Jews concerning their faith to which they hold on today to maintain peace in the country because as a result of the kindness of God we dwell in their shade in peace and tranquility and we are commanded to pray for its [the United States’] peace. [17]Responsa Iggerot Moshe: Yoreh De’a 2:53, my translation. Rabbi Moshe Feinstein was born in Russia in 1895, and died in 1986 in New York.

And also so that it not appear, God forbid, that we are diminishing the honour of our nation’s government with what we say, because we are required to give gratitude for the kindness that they perform with us and with all our brothers the children of Israel who live in this country. So we bless them and pray to God at all times and moments for the peace of the country, its president and its officers, as we have been commanded. Therefore it is not my desire to write about and adjudicate this. [18]Ibid., Hoshen Mishpat 1:72.

And in a third place he says (note the title of the responsum):

Regarding the matters of kindness which our government of the United States of America, which God in His great kindness over the saved remnant of the Jews from all the countries of Europe and over the remnant of the great Torah sages and their students has brought here, where they have established Torah institutions, both older ones from Europe and new ones. Because this government of kindness, whose entire purpose is to do good for all those who dwell in this land, has created a number of financial programmes to help students in all the schools in the country so that they can study and grow in their education, so that also Torah institutions receive great help for their students, certainly all rashei yeshiva, principals [of schools], and students feel great gratitude to the state and bless with all blessings for the sake of peace of the state and all those who stand in its leadership. [19]Ibid. 2:29.

Here, despite not mentioning the word hiyuv (requirement) specifically, Rabbi Feinstein seems to imply such an obligation by the requirements of gratitude he describes in this responsa and by his own words in his other two answers.

In short, then, we have moved across the centuries from relatively early biblical times to the twentieth century, and the prayer for the government has moved with us from where it was a fairly widespread practice throughout the ancient world, mentioned in biblical and rabbinic sources, to its being a custom endorsed by a number of medieval European halakhic texts, to pre-modern and modern sources that see the prayer as an obligation or a command.

Rabbi Barry Freundel is the rabbi of Kesher Israel congregation in Washington, DC, Associate Professor of Rabbinics and Liturgy at Towson University, Vice President of the Vaad of Washington and head of the conversion committee of the Rabbinical Council of America. His books include Why We Pray What We Pray: The Remarkable History of a Jewish Prayer and Contemporary Orthodox Judaism’s Response To Modernity.