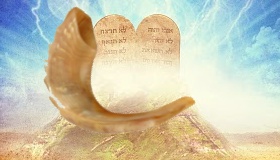 Beyond Words: The Dance Between Knowing and Not Knowing Hashem

This is for anyone who, even as Rosh Hashanah approaches, faces doubt – in particular questions of Emunah/belief. The source of doubt could be their own uncertainties or perhaps those of someone they know.

Questions may arise about Hashem’s existence, the compatibility of science and Torah, or the presence of suffering and evil in the world. They may involve measuring the congruity of Torah values with those modern values we would not wish to dismiss (e.g., inclusivity). The questions may derive from a comparative religion course we once took.

The list is not exhaustive, but for many who try to find inspiration and connectedness in the month of Elul, it can be exhausting – or at least depleting of the spirit. It may as well lead to a sense of alarm, shame and/or isolation. Something along the lines of “Why do these questions bother me? Given that I entertain them, can I even consider myself Frum? How would others in my community relate to me, if they knew what went on inside my head?”

I would like to suggest a limud zechus/positive reframe for anyone who, despite his desire to be observant and to belong, is being gnawed at by doubt. It starts with a Gemara toward the end of Makkos (23b, 24a).

Rabbi Simlai expounds: Six hundred and thirteen Mitzvos were said to Moshe – 365 negative commandments, corresponding to the days of the solar year; 248 positive commandments, corresponding to the limbs of a person. (I will assume that up to this point, most of us are familiar with the material.) Rav Hamnunah adduces a Biblical proof: Torah was commanded to us by Moshe, an inheritance to the congregation of Jacob (Devarim 33:4). The word “Torah” has a numerical value of 611; [whereas] the commandments of “I (am your G-d)” and “You shall have no (other gods)” we heard directly from the Mighty one (i.e., G-d himself). [1]In fact, the language of the first two commandments indicates that Hashem is speaking directly to the Jewish people, whereas the language of subsequent commandments indicates that Moshe is referring … Continue reading

So, 611 Mitzvos – corresponding to the word “Torah” – were conveyed to us through Moshe Rabenu and 2 Mitzvos came directly from Hashem. It would seem odd, given the above, that the one word with which we try to capture the essence of the Five Books of Moshe – namely “Torah” – points to an incomplete number of Mitzvos. Moreover, the Mitzvos that are excluded from the count arguably lie at the very foundation of all other Mitzvos. Why should this be?

Perhaps, the two Mitzvos we heard directly from Hashem are indeed fundamentally different than the others. More specifically, they were encoded in our collective conscious/unconscious differently than were all the others.

Har Sinai was not simply an awe inspiring event for the Jewish people. It was traumatic – particularly the moments that Hashem commanded, “I am your G-d… You shall have no other gods…” We would have been absolutely and utterly powerless as the words thundered down upon – or, more accurately, surrounded – us. It was not just a near death experience. The Rabbis teach us that our souls did, at least temporarily, take leave of our bodies, only to miraculously return.

Trauma is encoded differently than are other memories. Typical memories are verbal in nature and tend to be recalled, in relation to time, as would be chapters in a book. Trauma, in contrast, is imprinted, in iconic fashion, on a different part of the brain. It typically resides as a group of loosely connected images, sounds and tactile impressions. Most significantly, we typically don’t have access to trauma, when trying to recall it. Yet, it may intrude, as a flashback, when we are not trying to recall it. This leads to trauma being unknown at a verbal, semantic level, while being intimately known at a visceral level – one that is disconnected from the dimension of time.

For some reason, Hashem chose to impart to us the fact of His existence – Anochi Hashem – in a manner that we simultaneously recall and don’t recall, know and don’t know. Perhaps it would be too easy (Nahama Dikisufah/humble pie) if we had the more conventionally typed experience of his presence. Alternatively, in order for the Jewish people to withstand the challenges they’ve faced over millennia of exile, they need a belief or, more accurately, a faith that is safely ensconced in a realm beyond both time and reason. Our Emunah would, thus, be shielded from, what at different points of time, would seem to be overpowering logic-based counterargument.

Either way, the word “Torah” (e.g., equaling 611), which also means “teaching”, cannot fully capture the two commandments that we recall, but don’t recall, know, yet don’t know, given the traumatic manner they were seared into our brains. Even as we listen in Shul to the narratives of the Sinai experience, the primarily verbal, temporal nature of the Kriah/reading, would not and could not fully connect with our collective memory of the event – one that is beyond both words and time.

For many individuals, the knowing, yet not knowing is experienced as uncertainty and doubt. The challenges they face with Emunah are less a function of waywardness, and more a natural, almost expected outcome of the manner that Hashem chose to reveal Himself.

All the same, persistent, gnawing doubts tend to deplete our energy; denial of access to vital memories robs us of our sense of connectedness. This is where Rosh Hashanah and the Shofar come to play.

Rabbah says. God has said “Say before me [verses corresponding to] Kingship, Memory and Shofar; Kingship so that you may coronate Me; Memory so that memories of you should come before Me for the good; and with what? The Shofar.” (Rosh Hashanah 34b)

According to Rabbah, the Shofar is the vehicle, not only for invoking good memories, but for the coronation of Hashem. Why is the Shofar specifically suited for the recognition of Hashem’s kingship? I believe it’s because the Shofar represents sound without speech. (Hence, Kol Shofar and not Divrei Shofar.) It is the unarticulated sound of the Shofar that bathes and nourishes our timeless, wordless memories of Sinai. Moreover, the Shofar of Rosh Hashanah bridges 3300 years and sets resonating our collective memory of the Shofar of Sinai and, with it, the memories of our most direct experience of Hashem. [2]We may homiletically add that, in this context, the Gemara’s term Zichronos/Memory refers to our own memories (not Hashem’s awareness of us) traveling and transcending the limitations of this … Continue reading

It is conceivable that we would not be consciously aware of an “Emunah surge” during the Shofar blowing. All the same, it is hard to imagine that this primal, visceral Mitzvah not touch us in ways that leave an impression… and perhaps a sense of being a little bit less alone.

May we all merit this Rosh Hashanah to reconnect Be’emunah Shelaimah to our experience of Hashem’s Kingship and to be granted a Kesivah VaChasimah Tovah.

Rabbi Yehuda Krohn, Pys.D. is a Musmach of Yeshiva Derech Ayson of Far Rockaway. He is also a clinical psychologist, who works with individuals, couples and families in his Lincolnwood, Illinois private practice. 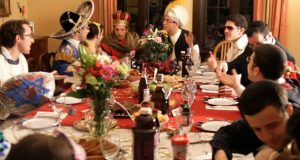 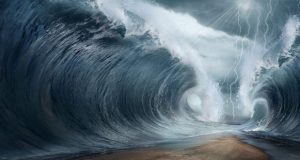