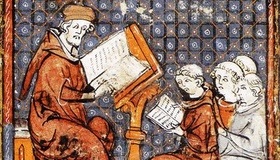 Were the Tosafists Philosophers? II

Posted by: Gil Student in From The Hashkafah Files, Magazine Aug 26, 14 6 Comments

I’ve had a few more thoughts about this issue since I wrote the original essay on the topic. I took another look at Dr. David Berger’s book, Cultures in Collision and Conversation. Aside from a chapter that directly addresses the question, many parts of the book discuss it. This is a topic that has been recently debated among the experts. What follows are a few of my amateur thoughts after a summer of teaching classes on the Semak: