The Kalir and Modern Hebrew 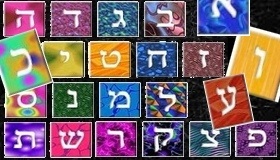 Rabbi Elazar HaKalir was a master of the Hebrew language and very creative in his use of Hebrew. If not for him, modern Hebrew could not have come into existence. Before HaKalir, the Hebrew language was very rigid. For example, the nouns and verbs were fixed in their form. It was difficult to transform a verb into a noun or a noun into a verb, a simple matter in other languages. The gender of words was also inflexible. For example, in the Bible “shoshana” (perhaps a rose or lily, although we are not precisely certain of the meaning) is always in the feminine, as in “ani havatzelet hasharon shoshanat ha’amakim” (Song of Songs 2:1). But Rabbi Elazar HaKalir, in his piyut for Musaf of Yom Kippur, states “shoshan emek,” in the masculine. His linguistic style was very complex and often obscure, and he therefore had many critics. Ibn Ezra, for example, in his commentary on Ecclesiastes 5:1, rails against HaKalir. But HaKalir made a critical contribution to the development of the Hebrew language by endowing the language with flexibility, thereby paving the way for the development of modern Hebrew. There were other early paytanim, composers of piyut, such as Yose ben Yose, but they were not as radical in their literary style as HaKalir. HaKalir was the father of the paytanim, and he dared to do more than any other paytan.