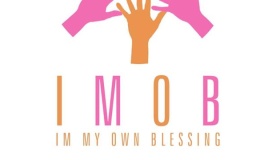 Question: I am often overjoyed that Hashem granted me the zechut to live in Israel for many years, causing me to make a “spontaneous” beracha. A friend told me it is forbidden to compose my own berachot, as one can only use those Chazal composed.Is Judaism not all about thanking Hashem for all the wonders of creations and providence? Would I be precluded from thanking Hashem for something important to me?

Answer: Your assumption that one’s relationship with Hashem should be personal and overflowing is poignantly and refreshingly correct. On the other hand, one does not have free reign to serve Hashem as he desires, as evident from such halachot as bal tosif (not adding on to the mitzvot) and beracha l’vatala (unwarranted beracha). Let us seek perspective and guidelines.

The gemara (Berachot 33a) says that one who fulfilled a beracha requirement and then made an unnecessary one violated the prohibition of saying Hashem’s Name in vain. Tosafot (Rosh Hashana 33a) argues that uttering Hashem’s Name to praise Him cannot be in vain, but that it is a Rabbinic prohibition that “leans” on the pasuk. The Rambam (Berachot 1:15) seems to hold that beracha l’vatala is a Torah prohibition (Magen Avraham 215:6).

All agree that uttering Hashem’s Name without any purpose is an isur aseh (low-level Torah prohibition – Temura 4a). Yet, using Hashem’s Name in the context of praising Him is positive and permitted. In fact, the Rambam (Shvuot 12:11) says that if one mistakenly uttered the Name, he should immediately turn it into an appropriate praise of Hashem, and one of his suggested texts of spontaneous praise begins with “baruch.”

Where do we draw the line between appropriate praise and a beracha l’vatala? One approach is that the crucial factor is intention and context. If one intends to recite a required beracha when he is actually not required or if a mistake disqualifies the beracha, it is a beracha l’vatala. If the same words are said as an expression of personal gratitude, it is permitted (Chavat Da’at 110, Beit Hasafek 20; see Minchat Shlomo II:3). The Chavat Da’at cites a precedent for the distinction: one is allowed to repeat Shemoneh Esrei (which is comprised of berachot)with the intention it is voluntary, but not with an intention for an obligation (see Rosh, Berachot 3:15).

Others distinguish based on the text used, which is most severe when one utters a classic name of Hashem. Some say that if one recites the beracha in a language other than Hebrew so that the Name is equivalent only to a kinuy (a descriptive reference) of Hashem, it has the benefits of a beracha without the fear of beracha l’vatala (see opinions cited in Shut R. Akiva Eiger I:25, Pitchei Teshuva, YD 328:1, Piskei Teshuvot 209:7). R. Akiva Eiger (ibid.) and the Netziv (Ha’amek She’ala 53:2) argue that in the recognized, sensitive context of a beracha, even a kinuy or foreign language Name can be forbidden, as we find regarding an oath. The Netziv says that the problem is a Rabbinic issue of appearing to recite a beracha l’vatala. Therefore, the closer the text (and/or the context) is to that of a beracha, the more likely it is to be forbidden. The Minchat Shlomo (ibid.) explains that one should not act in a way that challenges the rules the Rabbis set. However, those rules were not set to forbid expression of personal thanks to Hashem.

We summarize as follows. Your desire to praise Hashem is commendable. Paradoxically, the more creative the text and style are, the clearer it is that it is permitted. Convention is that an individual should generally refrain from using Hashem’s main Names, which we leave primarily to Chazal and to great rabbis who have composed prayers and praises throughout history. Saying “Hashem,” “Hakadosh Baruch Hu,” “Ribbono Shel Olam,” or a Name not in Hebrew is safer and as profound. It is at least preferable not to recite anything that resembles a beracha of Chazal by content, by context (e.g., in Birkot Hashachar) and/or by regularity. That still leaves you with room for much self-expression.

2014-07-11
Daniel Mann
Previous: Daily Reyd
Next: The Ease of Teshuvah: Encouraging or Upsetting?