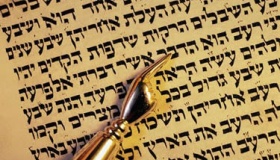 In a follow-up from yesterday’s essay, Rabbis Aryeh and Dov Frimer respond and Yitzchak Kasdan continues the conversation.

Thank you for allowing us to see your letter to Torah Musings. Below are a few of our comments.

1. We were fully aware of the position which you focus on. We chose not to discuss it for two basic reasons.

(a) Firstly, by your own admission it is a minority view. The Rishonim discuss the difference between the original Takana where only the first and seventh oleh made a berakha vs. the later takana where each oleh made a berakha. The majority indicate that under the original takana – to which Megilla 23a is referring – women were called to the Torah only for the middle aliyyot. This is because women are not obligated in keri’at haTorah and, hence, could not recite the berakhot in aliyyot 1 and 7 and be motsiot the other olim. [1]See, inter alia, R. Jacob Tam, Tosafot, Rosh ha-Shana 33a, s.v. “Ha Rabbi Yehuda” (the second answer at end) – also cited by Or Zaru’a, II, Hilkhot Rosh ha-Shana, sec. 266; Hiddushei … Continue reading

We have endeavored throughout our Tradition paper on women’s aliyyot to base our arguments on positions that represent the overwhelming consensus of poskim – and certainly not on shitot dehuyyot. To do otherwise appeared to us somewhat intellectually dishonest when analyzing the halakhic viability of women’s aliyot. Morover, a serious problem of berakha le-vatala may well result.

2. Your linkage between Maftir and Aveilim is very tenuous. This certainly cannot be used to interpret the Baraita in Megilla 23a. What comfort would such an aliyya be for a women who could not receive it because of kevod ha-tsibbur. Have you researched when the first mention is of an aveil receiving Maftir. The story of Rabbi Akiva is a very late midrash only first cited in Rishonim in the thirteenth century (Or Zarua). Most scholars date the recitation of Kaddish Yatom to the generation following the crusades. We would imagine that Maftir and Barekhu are from the same time. We have not studied this at all – and all this is speculation on our part. But they all have the same source. It certainly has no mention in Hazal and could not be used to understand the Baraita Megilla 23a.

I wish to thank the Frimers for taking the time to review and to respond to what I wrote. I will take the occasion to respond briefly to what I believe are their two most salient points:

1) While they were aware of the position I cited, viz., that minyan shivah refers to the seventh aliyyah (and only maftir), they chose not to focus on it because it is a “minority” view (– as I admitted –) that has been rejected by halacha; and

2) My linkage between maftir and aveilut is “tenuous.” In particular, as to this point, the Frimers note that the midrash of Rabi Akiva is late in origin and that most scholars date the recitation of kaddish yatom to the generation following the crusades, i.e., not to the times of the Mishna.

Regarding the Frimers first argument, I do not disagree, although I note that R. Rothstein appears to contend that the view that women originally “could only take the “seventh [aliyyah] or, perhaps, the reading added on for the maftir” “carries greater weight in a traditional halakhic discussion than any of the others cited [by R. Shapiro].” Rothstein at 52. R. Rothstein thus concludes that: “Granting all of R. Shapiro’s points [they] still only support[] the conclusion that there was ‘no halakhic impediment’ to calling women for the seventh section (and sometimes the additional portion).” Id. (emphasis in the original).[The Frimers themselves acknowledge in their reply that (according to their reading) the Kaf HaChaim, OH 282:3, no. 23, like the Arizal, also hold against the Rema, i.e., that prior to the issue of kavod hatzibbur arisinga woman could only receive the seventh aliyyah. Moreover, my theory at least better explains why the maftir seventh aliyyah was permitted to be given to women and minors, since originally it was not a requirement that needed the congregation to have any obligation fulfilled by a male adult.]

As to the Frimers second point, once again I cannot strongly disagree with them, as I do not have sources – other than, perhaps, R. Avidah – to support my hypothesis connecting maftir and aveilut at the time of the Mishna. And even R. Avidah does not subscribe to a view that a minor aveil necessarily received maftir at that time. SeeAvidah at 348.

Nonetheless, it is because we really do not definitely know the origin and reason for the haftarah, as I have related above, that I feel legitimately (albeit “tenuously”) able to propose the connection between maftir and aveilut –even at the time of the Mishna. Moreover, while kaddish yatom was not introduced until the Middle Ages, kaddish – certainly its core “yehei shmei rabbah” – goes back well in time, see, e.g., TB Shabbat 119a, and it is entirely possible that aveilim, including women and minors,were given preference to the maftir aliyyah in conjunction with the kaddish that preceded it. As R. Scherman in his Introduction to Artscroll’s “Kaddish” pamphlet (at xxii) writes: “ . . . the effect of Kaddish was well known in the time of the Talmud. What happened in medieval times was only that the collective spiritual genius of Israel used the earlier teachings as the basis for the universal custom to recite Kaddish as a source of merit for the departed soul.” Finally, while the Rabi Akivah story was first cited (as the Frimers noted) by Rishonim in the 13th century, it is interesting that the majority version of the story is told in Rabi Akivah’s name, and instructive that he is the Tanah who held that only six aliyyot were required for the Shabbat reading, meaning that he held the seventh aliyyah to be maftir – perhaps the aliyyah as to which he ostensibly taught the boy to recite the barchu and/or kaddish and/or the maftir itself.

All in all, there are credible sources to limit “minyan shivah” to the seventh aliyyah. At the same time, my suggestion to tie the seventh aliyyah to maftir and aveilut may, upon further examination, may, or perhaps may not, be shown to be entirely in error for historical or other reasons. It is for that reason, therefore, that I have written this l’hagdil Torah u’lehaderah and to seek further analysis, consideration and review from the Rabbis Frimer and other interested readers.

Yitzchak Kasdan is an attorney in private practice in Washington, DC. He resides in Silver Spring, MD.