The Origin of Critique 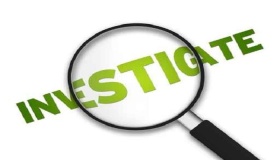 Rashi is often derided as deviating from peshat, the simple meaning. However, sometimes scholarship comes full circle and Rashi’s explanation is seen in a new light, as the simplest. One such example is in the puzzling case of the half-freed maidservant, the shifchah charufah. Linguistics seem to indicate any of four origins but, in the end, Rashi’s Hebrew explanation retains great merit. The word under question is “bikores,” which in Modern Hebrew means “critique” but in Biblical Hebrew is ambiguous.

If a man sleeps with a maidservant who has been assigned to another man, but not fully redeemed or given her freedom, there must be bikores. They must not be put to death, because she was not free.

The translation of bikores is difficult. More broadly, the entire case is obscure. A maidservant can be half-free if she has two masters who own her in a partnership and one frees her. She is half-owned by one master and half-free because the other master freed her. Do we really need a special mitzvah for this unusual case? Certainly the Talmud raises strange cases to test the limits of laws but the Bible does not follow that style.

R. David Tzvi Hoffman (ad loc.) offers what seems to me the most plausible explanation of this case. It is not about two masters, one of whom frees her. This is about romantic betrayal. A man falls in love with a maidservant and tries to buy her freedom. He betroths her and slowly pays for her freedom as he acquires the funds, yet during this process–when she is still only partially redeemed–she betrays him by sleeping with another man. Because she is not yet a completely free woman, she has a unique status that is not subject to the normal penalty of adultery. While this still seems like an unusual case, it is more plausible than that of the two owners.

The Torah states that in this case there is or should be “bikores.” Commentaries explain what it means. R. Sa’adia Gaon is quoted by others (e.g. Radak, Sefer Ha-Mikhlol, sv. bkr) as connecting the word to bakar, cattle. The half-freed maidservant is lashed with a leather whip. Midrash Lekach Tov (quoted in Torah Shelemah, vol. 32, Lev. 19, no. 332) explains similarly. However, this seems far from the simple meaning.

Rashi (ad loc.) states that it means to investigate. The court must determine her status–of a half-freed maidservant–and then exempt her from the normal punishment of adultery. In this, he follows R. Menachem Ben Saruk (Machberes Menachem, sv. bkr, p. 47) and R. Dunash Ben Livrat (Teshuvos Dunash Im Hakhra’os Rabbenu Tam, sv. bkr, p. 53), and he is followed by Rashbam (ad loc.).

Ramban (ad loc.) poses a serious challenge to this interpretation. He points out that in every possible capital case the court must conduct a full investigation. Why does the Torah need to specify that this case requires an investigation?

R. Sa’adia Gaon’s and Rashi’s approaches assume the word is Hebrew. Ramban looks to comparative linguistics for an explanation of the unusual word bikores. Among commentators, three languages other than Hebrew are suggested as containing parallels:

Ramban suggests the word bikores is similar to an Aramaic word: “hefker,” which is also spelled “hevker.” Indeed, Ramban was preceded in this by R. Yonah Ibn Janach (Sefer Ha-Shorashim, sv. bkr, p. 74). Hevker means ownerless. Therefore, Ramban explains, this verse is saying that since she is still partially a maidservant, she is not considered married in the eyes of the adultery laws. (Note that elsewhere, in his commentary to Kiddushin, Ramban writes that marriage is called an acquisition only as a parable and does not literally function that way.)

However, Wessely in Mendelssohn’s Bi’ur challenges Ramban’s interpretation. Isn’t it redundant to say that she is unmarried and then say that she was not freed? Additionally, she is still lashed and must bring a guilt-offering. Clearly, she is not entirely ownerless. (Interestingly, Shadal (ad loc.) follows Ramban and seems unaware of Wessely’s critique.)

Somewhat differently, R. Yonah Ibn Janach explains that she is free from punishment beyond the lashes. However, if she is free then she should not receive any lashes. R. Ya’akov Tzvi Mecklenburg (Ha-Kesav Ve-Ha-Kabbalah, ad loc.) takes the “ownerless” meaning in another direction, that of the apikores, the heretic. The half-freed maidservant who commits pseudo-adultery must do so intentionally in order to receive the punishment. Bikores means acting as if she has no owner, sinning intentionally. Because she sinned intentionally, she receives this punishment.

However, the question Ramban asked on Rashi can now be asked on R. Mecklenburg. All sins are punished only if committed intentionally. Why must the Torah mention it specifically in this case?

Milgrom (Anchor Bible, Lev. vol. 2, p. 1670) quotes Ehrlich as suggesting that bikores is similar to the Arabic word “bakkara,” which means to split. In this case, it would mean to distinguish. Presumably, the court must distinguish between a full maidservant and one that is half-freed. This is similar to Rashi’s approach and is subject to the same challenges without offering any benefits. If we can overcome the questions, why derive the word from Arabic when you can derive it from Hebrew?

Wenham (NICOT, Lev. p. 270) “tentatively” follows Speiser (Oriental and Biblical Studies, pp. 128-131) who connects bikores with the Akkadian term bakrum, which means compensation. The would-be-adulterer must pay the injured party for the damages.

However, Milgrom (ibid., p. 1668) strongly rejects this interpretation. He argues that the Akkadian word is not at all clear on its own and therefore cannot serve as the basis of interpretation for another word. Additionally, he points out that the text does not say who must pay the fine. This translation leaves an ambiguity, since two parties committed the sin. If there must be restitution, who will pay?

IV. Back to Rashi

Wessely (Mendelssohn’s Bi’ur, ad loc.) defends Rashi’s intepretation, or at least a variant of it. Since only an intentional half-freed maidservant is guilty and lashed, an investigation must be conducted to determine whether she sinned intentionally. This is distinct from the man’s role, for which intention is irrelevant. Therefore, the Torah specified that in this case of the semi-adultery of a half-freed maidservant, an investigation into the woman’s intent must be conducted.

Milgrom (ibid., pp. 1669-1670) points out that Deut. 13:15, 17:4 and 19:18 instruct the court to conduct a thorough investigation. No one comments that this is obvious and redundant. Why should anyone raise that question on our verse? Rather, he prefers Rashi’s interpretation that “bikores” means in investigation. After all the linguistics and comparative history is done, we return to Rashi.