The Virtues and Pitfalls of Communal Criticism 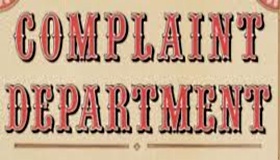 Communal criticism is vital for any proper community. It has the power to rein in leaders, communal institutions and private individuals and to guide them in the correct path. It has the power to reveal corruption, to expose acts of evil and to educate the community to refrain from them and to wrestle with them. Positive criticism, which keeps the good of the community before its eyes, is a biblical positive commandment as it says, “You shall surely rebuke your fellow” (Lev. 19:17).

In order to learn the principles of desirable criticism, it is appropriate to view the mitzvah in its full context. These are the verses which are juxtaposed to it along with their meaning:

“You shall not go as a tale-bearer” (ibid. 16): This prohibition includes making negative statements about a person, even if they are true.

“You shall not stand idly by your brother’s blood” (ibid.): The obligation to save a person who is in any kind of physical, financial or spiritual danger.

“You shall surely rebuke your fellow” (ibid.): The obligation to rebuke is incumbent upon every Jewish person who sees even a minor deviation from the straight path, either by an individual or a community. There is no limit to rebuke; however, the critic is exempt if the one being rebuked begins to insult his critic or might come to hit him. Even so, one who is in a position of communal responsibility is obligated to rebuke even if he expects angry or violent reactions. Such were our prophets, sages and rabbis throughout all the generations. They fulfilled their communal responsibility to rebuke the community even as they were pursued to the point of death.

“You shall not bear a sin upon him” (ibid.): Some explain this to mean that the one who refrains from rebuking takes upon himself all the sins of his fellow because all Jews are responsible for one another. However, the Sages interpreted it to mean that the rebuke must be first and foremost careful and gentle, so as not to hurt the other person.

“You shall not seek vengeance or bear a grudge against a member of your nation” (ibid. 18): It is prohibited for a person to take revenge against another and to pay back a bad deed with another bad deed and even to mention to him the bad deed which he had done.

“And you shall love your fellow as yourself” (ibid.): This verse completes the framework of these verses which began with “you shall not hate your brother in your heart.”

Therefore, positive, serious, true criticism, filled with love for the nation and the individual, appropriate concern for the community and its members and that is concerned with their best interest–is desirable and necessary. However, it must avoid mudslinging, slander, libel, personal hatred, gossip and arrogance.

Before the invention of printing and the ascendancy of the power of the press, there developed among us a literature of criticism, namely the literature of Mussar (Jewish ethics). Its contribution was simply that it put in writing what has always been spoken in communal settings, particularly in the Shabbat sermons given in the synagogue. This genre is a direct continuation of the ancient literature: the books of the prophets, the Talmud and Midrashim. This literature of criticism is what built up the spirit of the nation and strengthened it against the tidal waves of incitement and enticement that threatened to engulf it in the churning, stormy waters in which its small ship sailed. There were always those who hated rebuke and mocked the one offering it; however the influence of these was never felt against the healthy, strong spirit of the majority of the nation.

With the advent of printing and its use of mass media through literature and newspapers, a wide pasture was opened for communal criticism. A great and powerful tool for positive and serious influence was made available to it. But the catch is that there is always a balance between good and evil in the world and free will makes it possible for the forces of impurity to use the invention of printing for incitement and enticement. The forces of the evil inclination indeed made use of the paper to place upon it all that it would hold. And it is the natural way that light stories that titillate draw the reader more than the heavy, serious and true stories.

The development of other media such as radio and television caused an even greater separation between the preacher and the community. These media, like newspapers, are utilized mostly by skilled professionals for programming that does not always necessarily seek justice and truth or adhere to any kind of values or principles. Often the medium itself has turned into the object. The very ability to appear onscreen and express oneself, to gather information and transmit it to the public, has become a goal in itself without any ethical assessment of the ramifications of the sensational information which is being delivered, without thinking of the effect on others, and without a sense of responsibility for providing objective truth.

These same people who are responsible for criticizing the community must also be examined critically. However, most people do not have the strong and influential tools that belong to the powerful media. For the religious community that gathers in the synagogue for prayer and Torah study and that has one day a week for rest from the stupefying influence of the mass media, there is a small island of refuge in the midst of the murky flood. The institution of the sermon in our day is the only thing that can restore the balance of the soul, to return to a person the freedom of his thought and to make it possible for communal criticism to make its voice heard.

Indeed, there are many flaws to this path. It does not have the personal touch which makes it possible to offer gentle, careful rebuke without insult. But the blame for this lies with an unfortunate reality. In the absence of personal communication and due to the lack of contact with the entire community in daily Torah study, which alone can guarantee a high, suitable level of ethics in the individual and the community, all that is left is public rebuke which is one-sided, general and sometimes hurtful.

Not in all places, nor within in every community, and sometimes not by every individual in the community is it possible to accept criticism. Using simple print media is the present need. The entire religious community commits a great sin in that it does not fully utilize the medium of print to defend itself against the tools of the big media who at best lack a clear direction in values, and at worst their messages, particularly their advertisements, are anti-values and negative.

The division into parties, factions and groups prevents the creation of powerful, influential positive tools–and this is unfortunate. (For example: a religious illustrated weekly or a religious newspaper for teenagers could save tens of thousands from anti-religious incitement and positively influence others who are currently distant from Torah and mitzvot.)

Any community that respects itself, even if it is small, is obligated to make use of the media to which it has access in order to express itself, to debate and to criticize. What should be the percentage of criticism in relation to other topics? Indeed, one must consider this seriously. However, the criticism must rest upon the ethical principles that were established by our teachers, especially those set out by our master the Chafetz Chaim in his eponymous work and they are:

1) It is prohibited to write negatively about any person or groups of people even if it is true [absent the exceptions discussed below –ed.].

2) If a person or group of people is well known for negative behavior it is permissible to criticize them publicly, but only if there is a constructive goal to bring them to fix their behavior or to distance others from their behavior.

3) If it is possible to give the rebuke and it might be accepted if done through personal contact, speaking to the person privately, one must refrain from publicizing it.

4) Criticism that does not identify a person or group is not considered gossip.

5) It is prohibited to criticize in a manner that will incite anyone to hate a person or organization (only the negative behaviors).

6) Any person who can criticize negative behavior and fix it, but does not call attention to it or criticize it, is placing a stumbling block in front of other people and the community, causes an ethical decline in society and must bear the responsibility for these negative behaviors as if he did them himself (unless he is concerned that he might suffer physically or financially).

7) Criticism must be leveled only out of a genuine concern for the good of the community.

And may it be sweet for those who offer rebuke and may a blessing of good come upon them.
———

This loose translation was undertaken by R. Moshe Schapiro with R. Yaakov Ariel’s permission but was not reviewed by the author. Please consult the Hebrew original here (11 Adar II 5774).