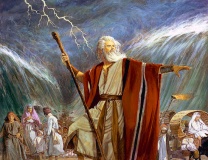 Posted by: Gil Student in From The Hashkafah Files, Magazine May 21, 14 1 Comment

It recently struck me that there is a lot of discussion lately in our community about leadership. Aside from R. Jonathan Sacks’ year of weekly leadership lessons on the Torah portion, I have seen a few books in recent years devoted to the subject and a number of shorter discussions. I suspect that there is a growing frustration with our current leaders and we look to our tradition for inspiration on how to be better leaders. This is all productive, indeed a very healthy and constructive response to a perceived problem, but perhaps it misses a bigger point.

A few weeks ago, Torah Musings published R. Francis Nataf’s review of R. Zvi Grumet’s recent book Moses and the Path to Leadership (link). R. Grumet argues that Moshe began as an imperfect leader but learned from his mistakes to become a great leader. R. Nataf is unconvinced that Moshe ever became a great leader. Neither argument about Moshe’s leadership flaws is religiously problematic, as R. Nataf shows. Indeed, one could argue that Moshe’s leadership flaws demonstrate the truth of the Torah, like the Ran argues about his speech impediment. Only a deft charlatan could fool a nation into believing a non-existent revelation, not an uncharismatic, politically unsavvy man. This does not at all detract from his personal holiness. In my experience, the holiest people tend to be less skilled politically.

Yet, it still leaves me uncomfortable. So I was happy to see R. Ari Kahn protest against this trend in the Preface to his book, Echoes of Eden: Sefer B’midbar. He writes (p. xi):

At times the book of B’midbar seems like a journey to nowhere; the Land of Israel, the exalted goal, remains out of reach and one may be tempted to call the entire enterprise a failure. Especially today, when true leadership seems rare, there are those who read the maladies of our own generation back into the past and project our own malaise onto the narrative of our ancestors’ trek from Egypt to the Promised Land. This jaded view of history leads many to wonder what the results would have been had a different type of leader emerged to lead the people.

The resultant deconstruction of Moshe, popular in some circles, is anathema from the perspective of Torah and tradition. Moshe was our greatest leader; the challenges he faced were legion, the attacks he withstood from within the camp — at times from his own inner circle, and at times from enemies lurking in the distance — were sufficiently potent that a lesser man would have given up on at least a dozen different occasions…

I probably would not have worded it as stridently, but I appreciate the lack of comfort with the new approach. In the back of his book, R. Grumet provides a timeline of leadership challenges Moshe faced and how he reacted to them. I found that particularly enlightening because it highlighted for me two key points:

1) Moshe was not the only one changing during the long stay in the desert. The people changed as well, both in terms of their own maturity and generationally, as those who left Egypt died and their children took their places. Perhaps Moshe reacted differently in the various challenges over time because the actual challenges, mainly the people, were different.

2) Just because an incident’s outcome was bad (e.g. God causing a plague) does not mean that Moshe’s leadership of the situation was less than ideal. Even the most skilled captain cannot navigate an impossible course.

Let’s consider a few examples. R. Grumet points out that Moshe’s suggestion that Korach et al bring fire pans with incense was a deadly test. Since Nadav and Avihu had died from doing that, this was a lethal challenge. However, it was much less violent than his rallying the Levi’im after the Golden Calf to kill the sinners. With Korach, Moshe had grown and instead of responding with violence, encouraged the sinners to bring violence on themselves. However, the result was further death and complaints, therefore a failure of leadership (Grumet, pp. 50-52).

In contrast, Dr. Erica Brown sees great wisdom in Moshe’s response to Korach. She notes that, on God’s command, the fire pans were incorporated into the altar, a permanent holy memorial to the unholy rebellion. R. Samson Raphael Hirsch explains that the fire pans are symbols of Moshe’s successful leadership, his dedication to the true priesthood even in the face of great challenge. She writes (Leadership in the Wilderness: Authority and Anarchy in the Book of Numbers, p. 147):

Korach becomes, in these narratives, the quintessential bad follower… Moses was able to choose trust over invulnerability, conflict over harmony, clarity over certainty, accountability over popularity, and results over status. He knew that his leadership would not be measured by how well he got along with others in this transitional stage of Jewish history, but by whether he was able to forge through contention to get close to the ancient finish line. And he was willing to sacrifice position and status, if necessary, to achieve his leadership goal.

Korach and his group were bad followers. Moshe remained authentic, committed to his leadership purpose. On God’s command, this leadership success was permanently memorialized in the Temple. The difference in approaches between Dr. Brown and R. Grumet is whether Moshe’s unique reaction is due to his own changes or that in his challengers.

R. Grumet devotes Section Two to Moshe’s separation from the people. He originally was one with them, then separated himself and finally learned to reconnect to them. He sees this as the message of the enigmatic passage about Eldad and Meidad (Num. 11:24-30). Those two men prophesied within the camp while Moshe and the elders left the camp to prophesy. R. Grumet explains (p. 86) that “Eldad and Meidad, who prophesied in the camp, are connected to the people! They serve as the next step in the bridge between Moses and the people, and represent the model of the prophet that Moses will need to emulate to become the kind of leader he would like to be.”

R. Mosheh Lichtenstein, in his Moses: Envoy of God, Envoy of His People (p. 105ff.) explains this passage in a different, very creative way. The people have changed. In the past, they lacked confidence and were scared. Now they were materialistically pursuing physical pleasure, as evidenced in the demand for meat in the immediately preceding passage. Eldad and Meidad felt that new leadership was needed, younger people more in touch with the nation, who prophesied within the camp. The elders needed to be replaced with young men like Eldad and Meidad.

R. Lichtenstein continues, “Upon hearing the arguments put forward by Eldad and Meidad, Moshe acknowledged the justice of their criticism and took steps to recitfy the faults they had pointed out” (p. 115). He brought the elders back into the camp and appointed spies who were young, more in touch with the people. This change in direction led to disastrous consequences, with the tragedy of the spies’ failure. However, Moshe’s hands were forced. “In order to bring the people into the land, there was no choice but to select promising leaders from the younger generation, and this Moshe did. But Moshe did not realize that they were not ready for the challenge…” (p. 122).

IV. What is Peshat?

All this raises the question of whether we are discussing peshat or derash. Because there is so much missing from the text, any attempt to fill in the blanks, to connect stories with an over-arching narrative, is derash. Even when based on peshat readings of all the passages, the connection of the dots is a reading-in of a theme that does not exist directly in the text. And there is nothing wrong with that.

But with derash comes the interpreter’s perspective. R. Ya’akov Kamenetsky (Emes Le-Ya’akov Al Ha-Torah, p. 186 n. 20) astutely observed that derash is valuable as a reflection of its practitioner’s views, not of the text’s message. There are so many mutually exclusive ways to read between the lines, to construct a meta-narrative beyond the text’s direct words, that any commentator’s view on the subject must reflect his own message.

When I first became enamored with what some calle the “New School” of Torah commentary, one rosh yeshiva referred to it in private discussion as the “New Midrash.” I found that surprising, since this is all based on a close, literal reading of the text. I now realize how correct he was. Meta-narratives look beyond the text, at themes and unwritten assumptions. However, the identification and interpretation of non-textual messages is an art, not a science. It reflects assumptions of the readers.

We see this in the study of Moshe’s leadership. Was he a failed leader, an improving leader or the greatest leader in history? Your answer to that question determines how you read the text and not vice versa. If you see him as a great leader, then you blame any bad outcomes on other causes. If you see him as a failed leader, you consider the bad outcomes his own failures. Both interpretations can be done plausibly, utilizing the finest peshat readings of the text.

In the end, the story of Moshe’s leadership rests on the values and authority of the interpreter. Personally, I find R. Kahn’s approach most appealing, Dr. Brown’s most enlightening, R. Grumet’s most exciting and R. Lichtenstein’s most creative. Since this is not a fundamental faith tenet, it is the readers’ choice which to prefer. 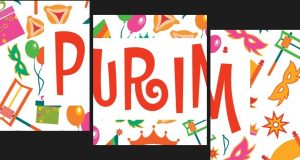