Ten Answers For The Wise Son 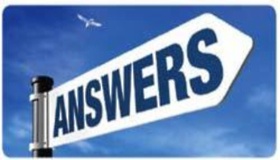 The Passover seder is full of fours: four questions, four cups, four sons. The midrashic reading of four sons into the biblical text is brilliant, comparing the four times the Torah refers to teaching sons. Yet the answers given within the haggadah raise many questions. Thankfully so, since the haggadah is the Jewish text most commented on.

What follows are ten explanations of the answer to the wise son. The wise son’s text is taken from Deut, 6:20 However, the Torah’s answer is “avadim hayinu…” (Deut. 6:21-25), which appears previously in the haggadah. This clearly cannot be repeated so instead we teach the wise son “ein maftirin achar ha-Pesach afikoman.” We do not eat anything after eating the Pesach sacrifice, or today after eating the final piece of matzah that serves as its placeholder.

How does this answer the question? Here are ten of the many explanations offered by commentators:

The wise son asks a smart question and thinks he is a hot shot. Therefore, you teach him all the laws of the seder, overwhelming him with information, so he is humbled and realizes that there is always more to learn. (Abarbanel)

The same answer can be rephrased less cynically: Since the wise son knows so much, give him more information by teaching him the laws of the seder. (Pseudo-Maharal)

The answer to the wise son is to teach him all the laws of Pesach through the final law about afikoman. Among those laws is Rabban Gamliel’s statement about the three things that must be mentioned at the seder, which consists of a brief explanation of the entire evening. (Rashbash, no. 494)

The wise son asks whether Pesach is eidus (testimony), chok (divine decree) or mishpat (rational law)? The answer is that it is some of each, and the afikoman is an aspect of chok. You have to eat the Pesach sacrifice last, so you can only eat it in one place. But if it was solely eidus, it would make sense to go from house to house and eat there, like God passed over houses. (Shelah)

The wise son asks two questions. First, is Pesach eidus, chok or mishpat? That was already answered with avadim hayinu: it is all three. Second, why do some people have a Chagigah and others not? The answer is that the Chagigah is so the Pesach will be eaten on a full stomach. A big group will need a Chagigah first but a small group will have enough Pesach for everyone to be full. (Gra)

The wise son asks for details about the different types of commandments. He wants to study these at length. So we respond to him the one does not leave the seder hungry, i.e. that this is precisely what the evening is about. (Chasam Sofer)

The wise son asks about eidus (biblical text), chok (methods of interpretation) and mishpatw (analysis). Why was the Torah given in such a way that it has to be developed? The answer is complex and only offered in a hint, so as not to go off on too much of a tangent during the seder. The Pesach is eaten at the end of the meal so that throughout the evening we are concerned and involved in it. Similarly, the Torah was given in such a way that we would have to toil over it. (Netziv)

The wise son’s question actually encompasses the entire Torah. However, this night we only focus on the mitzvah eating and the discussion of the Exodus. Therefore, we tell him that just like we eat nothing after the Pesach, similarly we will only discuss the Exodus and not all the commandments. (Aruch Hashulchan)

The wise son asks why there are so many details to mitzvos, primarily defined in the Oral Torah. The answer is that the details emphasize the reason (ta’am, taste) for the commandments. We tell the wise son that the afikoman keeps the taste of the Pesach in our mouths. So too, the details keep the taste/reason of the commandments in our minds. (Rav Kook)