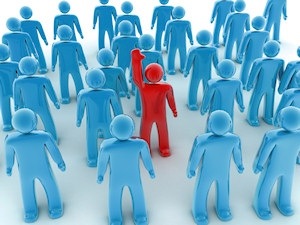 What makes you you? Your body is constantly changing, cells dying and new cells replacing them. Your mind is learning and growing. Philosophers debate precisely how to define an individual.

Rav J. David Bleich, an incomparable multidisciplinary Torah giant, shows that there are halakhic ramifications to the different views in this debate. In his recent The Philosophical Quest: Of Philosophy, Ethics, Law and Halakhah, Rav Bleich devotes two essays to exploring this topic. He takes two views and applies them to complex Talmudic subjects, ultimately settling on a third view to resolve human identity. According to Aristotle, identity continues through a cause-and-effect relationship. A cause is latent within its successor, leading to a continuity of identity. On the other hand, A.J. Ayers argues that identity is transferred through a physical-temporal continuity. If the physical matter today flows directly from physical matter yesterday, they can be considered the same item.

We can now consider a specific application of these views on identity. Why does an animal retain the species identity of its parent? The Gemara (Chullin 62b; Nidah 50b) seems to say that the male of a specific species of bird is not kosher while the female is kosher. This seems to imply that a child animal does not automatically inherit the kosher status of its mother. If it did, the male of this species would be kosher like its mother.

Rashi (Nidah 50b sv. tarnegolta) reads this passage literally, referring to the different genders within one species. Tosafos in Nidah (50b sv. tarnegolta) explain that birds are hatched from eggs and, as Rav Bleich (p. 283) explains, “the fledgling develops only when the egg becomes putrid ‘and upon its becoming putrid it is mere dust.'” The Gemara (Temurah 31b) uses this principle of “mere dust” to explain why a baby bird born from a damaged bird (terefah) is kosher. The “dust” severs the relationship between parent and child, thereby preventing the inheritance of species identity or damage.

However, Tosafos in Chullin (62b sv. tarnegolta) state that the Gemara must be referring to two different species because the child of an animal retains the parent’s status (kol ha-yotzei min ha-tahor tahor; see Bekhoros 5b). In other words, according to Tosafos in Chullin, the “dust” prevents inheritance of damage but not inheritance of species identity. Rambam (Mishneh Torah, Hilkhos Ma’akhalos Assuros 3:11) ignores the issue of “dust” and states that the child of a terefah is kosher because it is member of a kosher species.

Rav Bleich (p. 294) explains that Rambam and Tosafos in Chullin believe that identity is transferred by a physical-temporal continuity. Regardless of the egg’s status as “dust,” there is a direct continuum from the mother bird to the hatchling. Therefore, species status is directly transferred. On the other hand, Rashi and Tosafos in Chullin believe that identity is transferred through a cause-and-effect relationship. With an egg, the “dust” becomes the cause for the hatched bird and not the mother, thereby severing the transfer of species identity from patent to hatchling. (This is just a simplification. Rav Bleich quotes many more sources to substantiate his explanation.)

When a person is resurrected, is he still the same person? Is he still married and does he still own the property he previously owned? Rav Sa’adia Gaon (Emunos Ve-Dei’os 7:7) believed that a resurrected body is constructed from the same matter, which is gathered from wherever it traveled after disintegration. Rav Sa’adia, therefore, can account for resurrection with the physical-temporal continuity theory. You are still the same person, made of the same molecules, despite the hiatus of death.

Rav Chasdai Crescas (Or Hashem 3:4:4) disagrees with Rav Sa’adia about the composition of a resurrected body but invokes another theory of personal identity to explain resurrection. He posits the soul as the bearer of human personal identity. Wherever you soul rests, that is where you are. In your natural life, your soul was in one body. In your resurrected life, your soul will be in a different body. Either way, it is you because your soul is in it.

This question has implications to someone who is resurrected, i.e. who dies and is somehow resuscitated. Is he still the same person? According to Rav Chasdai Crescas, someone resurrected retains his prior identity. But is he still married to his wife? Does he still own his possessions?

Rav Elchanan Wasserman (Kovetz Shiurim 2:28) and Avnei Neizer (Even Ha-Ezer 56) argues that the death of a husband always severs a marriage, regardless of whether he is resurrected. That is the nature of ending a marriage–it happens either through a divorce or the husband’s death. However, Rav Bleich suggests, if a wife dies and is resurrected while her husband is still alive, Rav Chasdai Crescas’ view may yield a different conclusion. Since the woman retains her soul and therefore her identity, and only the death of the husband severs the marital bond, the couple remains married. However, Tosafos (Bava Basra 114b sv. mah) quotes Rivan who holds that a marriage is dissolved by death of the wife.

The Gemara (Bava Basra 142a) states that a convert who dies with a pregnant wife is inherited by the child on birth. Since a wife does not inherit from her husband, the fetus is the only possible heir. According to the Talmudic opinion that a fetus cannot inherit, how does the convert’s child when born inherit from the already deceased father? Rav Elchanan Wasserman (Kovetz Shi’urim 2:11) explains that the deceased father retains ownership until the baby is born and then passes on the property to his heir. And if the convert should return to life, he may reclaim his property from anyone who took it. Similarly, Rav Bleich suggests, a resurrected person retains ownership in his property.

2014-03-10
Gil Student
Previous: The Incident at Inmestar
Next: Daily Reyd