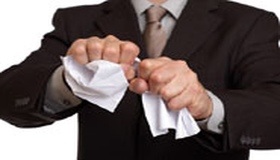 What do you do when a rabbi is shown to be incompetent in Torah matters, perhaps even adopting heretical views? Two years ago, we discussed the revocation of ordination based on the theories underlying ordination in the modern era (link). However, this approach cannot explain the Alexandersohn affair of 1834.

I. One Rabbi Giveth, Another Taketh Away

The rabbi of Csaba in Hungary, Jonathan Alexanderson, was accused by some of his townspeople of improper personal conduct, incorrect halakhic rulings, heretical views and having arranged an improper get. This last issue is as follows. A get must include the name (in Hebrew letters) of the town in which it is written. Many Eastern European town names are very difficult to spell in Hebrew. However, if the town’s name is misspelled, the get is invalid. Therefore, rabbis only arrange a get in a town in which a get has never been written after consultation with, and consensus among, colleagues. Alexanderson arranged a get in Csaba, where none had previously been done, after asking a senior neighboring rabbi who told him not to. This deviation from established practice and setting of a precedent for future potentially problematic gittin was considered severe and intentional halakhic misconduct.

After a rabbinical court investigated and concluded that the accusations against Alexandersohn were correct (although he refused to participate in the proceedings), leading regional rabbis denounced him. Additionally, Rav Moshe Sofer, commonly known as the Chasam Sofer, declared–based primarily on the get issue but also on reports of his negative behavior–that Alexandersohn may no longer use the title “rabbi” or issue halakhic rulings. The Chasam Sofer explicitly revoked Alexanderson’s rabbinic ordination:

They should entirely remove from him the title of rabbi and take from him the permission to rule with which he was crowned by rabbis before his actions and ways were known.

He remained reluctantly involved in this matter over the course of a few years, issuing at least four letters. [1]Alexandersohn published a book in his defense titled Tomekh Kavod (Frankfurt a.M., 1847). The Chasam Sofer‘s letters appear in the Hebrew section, parts 21, 31, 48, 58. Two of these letters are … Continue reading

I see two issues here, related but distinct. The first is removal of the title “rabbi.” That title is a form of respect for a Torah scholar. The Gemara (Kiddushin 32b) states that one need not show respect for a zaken ashmai, an ignorant elder (as per Tosafos, ad loc., sv. zaken). Showing respect to such a person is optional. However, you are forbidden to show respect to a Torah scholar who lacks care for the commandments (Shulchan Arukh, Yoreh De’ah 243:3; cf. Arukh Ha-Shulchan, ad loc.). If a rabbi shows that he lacks care for the commandments, people are prohibited from calling him with the respectful title “rabbi.”

I am not aware of a specific definition for this category. It seems to be left to the best judgment of the halakhic decisor. However, when invoked, it effectively revokes the title “rabbi” from anyone who listens to the halakhic decisor. Perhaps the Chasam Sofer was using this halakhah in stating that Alexandersohn should not be called rabbi. [2]See here for more on who can be called rabbi: link. Maybe he considered Alexandersohn’s disregard for the rules about gittin as a lack of care for the commandments.

Additionally, someone who is unqualified to rule on halakhic issues is forbidden to do so:

A student who has not reached [the qualifications for ruling] but rules is a fool, a wicked person and a haughty man. (Shulchan Arukh, Yoreh De’ah 242:13)

When invoked, this rule declares someone unfit to issue a halakhic ruling. It is possible, today even likely, that someone can acquire rabbinic ordination but still be unqualified to rule. Perhaps he was not tested thoroughly or his capacity diminished over time. Either way, by declaring someone currently unqualified to rule, a halakhic decisor is effectively removing this person’s permission to rule. He is revoking the man’s ordination.

Perhaps the Chasam Sofer was also invoking this rule when revoking Alexandersohn’s ordination. The Chasam Sofer indicated that Alexandersohn was serving as a stumbling block, presumably by arranging questionable gittin and setting a problematic precedent that could lead to many improper gittin in the future. By ignoring a basic rule of rabbinic conduct–consultation on such an important communal matter–Alexandersohn demonstrated that he was unfit to serve as a rabbi. The Chasam Sofer removed this stumbling block by revoking his ordination, declaring him unfit to rule.

This episode provides an example of revoking ordination. Even a halakhic decisor who did not give the ordination may revoke it. However, it is not clear what effect this revocation will have. The rabbi whose ordination was revoked will likely ignore it and claim that it was all based on a misunderstanding. Alexandersohn even published a book in German and Hebrew defending himself against the accusations.

The value of the revocation of ordination is twofold. Primarily, the Chasam Sofer gave the townspeople of Csaba license to remove Alexandersohn from his position as rabbi and instructed them to look elsewhere for halakhic guidance. It is no small matter to undermine a rabbi’s authority and damage his career. The Chasam Sofer, in a letter Alexandersohn published in his book (part 58), says that he had asked Alexandersohn in person to remove himself from the rabbinate for a year or two to return to yeshiva to study and to wait until the controversy died down. Clearly, the Chasam Sofer recognized the huge personal impact on Alexandersohn of this action. When a figure of the Chasam Sofer‘s prominence declares a man unfit to be a rabbi, people listen.

Additionally, the Chasam Sofer‘s revocation of ordination over the get impropriety sent a loud message about the importance of care in proper rabbinic conduct in halakhic matters. He took a stand on an issue he felt was crucial, even destroying a man’s career over it. Clearly, the Chasam Sofer felt his stance was warranted. But his message–that this issue was very serious–could not be missed. Revoking ordination, of course only when warranted–sends an important message about halakhic standards of consultation and ruling.
——— 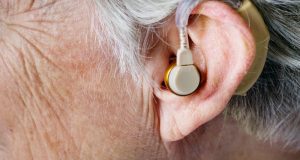